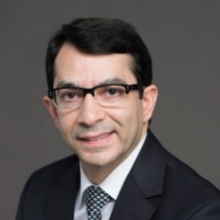 Ayhan Kose is the Chief Economist for the Equitable Growth, Finance, and Institutions (EFI) and Director of the Prospects Group. He is a member of the leadership team overseeing EFI’s policy, operational, and analytical products on macroeconomics, finance, trade, governance, poverty, and inequality. He also leads the Bank’s work on global macroeconomic outlook, financial flows, and commodity markets. Under his management, the Prospects Group produces the Bank’s corporate flagship report, Global Economic Prospects, in addition to other policy and analytical publications.

Prior to joining the World Bank, he was Assistant to the Director of the Research Department and Deputy Chief of the Multilateral Surveillance Division in the International Monetary Fund (IMF). He served in a wide range of roles supporting IMF’s policy, operational, and analytical work.

Mr. Kose has written extensively on international macroeconomics and finance. Many of his articles have been published in leading academic journals. His policy and analytical work has also been featured in prominent media outlets. His latest book, Global Waves of Debt (co-authored), analyzes the potential consequences of the rapid debt accumulation in emerging and developing economies. His previous book, A Decade After the Global Recession (co-edited), examines how emerging and developing economies became more vulnerable to economic shocks after the 2009 global recession.