Gender at Work: A Companion to the World Development Report on Jobs 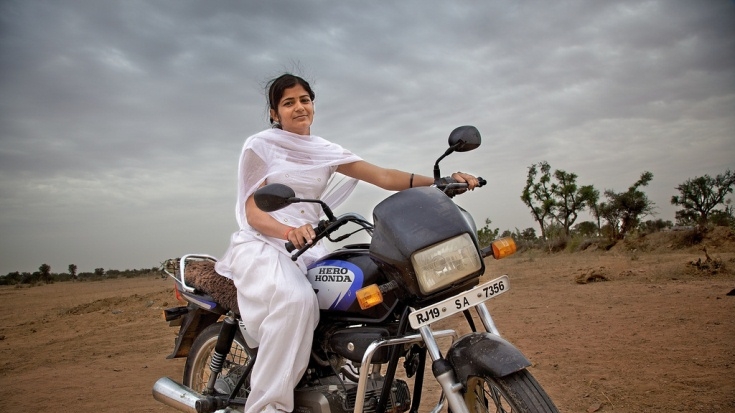 A woman in Rajasthan, India, prepares to drive to her job as a teacher with the Education for All project.

WASHINGTON, Feb. 20, 2014—Women around the world still face huge, persistent gender gaps at work, according to a new report by the World Bank Group, which calls for bold, innovative measures to level the playing field and unleash women’s economic potential.

By virtually every global measure, women are more economically excluded than men, according to Gender at Work. Trends suggest women’s labor force participation worldwide has stagnated over the past 30 years, dropping from 57 to 55 percent globally, despite accumulating evidence that jobs benefit women, families, businesses, and communities.

"The reasons for this will differ from country to country, but we think that the persistence of norms—which means that women don't have as much choice over their livelihoods as men—as well as legal barriers to work are both playing important roles," said Jeni Klugman, World Bank Group Gender and Development Director.

A companion to the 2013 World Development Report on jobs, the report notes that since women face multiple constraints to jobs, starting early and extending throughout their lives, progressive, broad-based, and coordinated policy action is needed to close gender gaps. Common constraints include lack of mobility, time, and skills, exposure to violence, and the absence of basic legal rights.

" Poor women in particular are likely to confront multiple, overlapping constraints. Leveling the playing field and unleashing their economic potential could be a game-changer in tackling extreme poverty. "

Gender at Work also finds that legal discrimination is a remarkably common barrier to women’s work. Restrictive laws can hinder women’s ability to access institutions, own or use property, build credit, or get a job. In 15 countries, women still require their husbands’ consent to work.

To address these inequalities, the report recommends governments target actions that cover a woman’s life cycle—saying interventions that focus only on women of productive age start too late and end too early.

“The commitment must begin with fostering girls’ and boys’ skills and aspirations equally from their early years, so it stays with them long enough that they and future generations enjoy a more equitable and prosperous world,” Klugman said.

• Women on average earn between 10 and 30 percent less than working men.

• Women are only half as likely as men to have full-time wage jobs for an employer.

• In only five of the 114 countries for which data are available have women reached or surpassed gender parity with men in such occupations as legislators, senior officials, and managers; namely, Colombia, Fiji, Jamaica, Lesotho, and the Philippines.

• Women spend at least twice as much time as men on unpaid domestic work such as caring and housework.

• A total of 128 countries have at least one sex-based legal differentiation, meaning women and men cannot function in the world of work in the same way; in 54 countries, women face five or more legal differences.

• Across developing countries, there is a nine percentage point gap between women and men in having an account at a formal financial institution.

• One in three girls in developing countries is married before reaching her 18th birthday.

The World Development Report 2013 on Jobs finds that poverty falls as jobs empower women to invest more in their children.