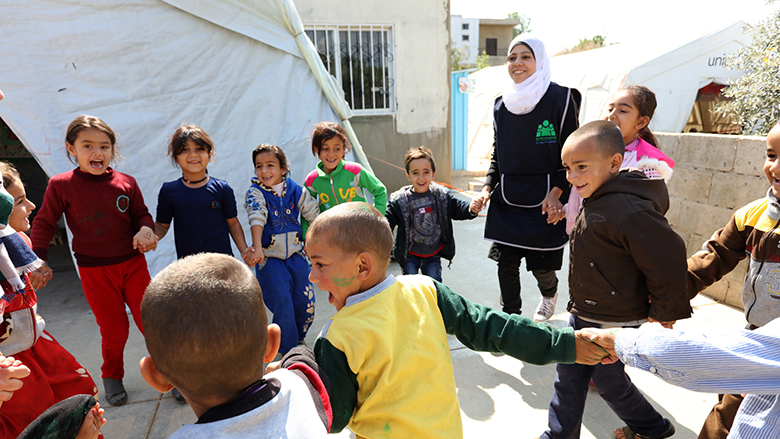 As situations of forced displacement become more protracted, understanding how it affects social relations has become pertinent for host governments and other development actors.

A newly published study, Social Cohesion and Forced Displacement, reviews existing academic literature and practice to better understand how to target and design policy and operations for displaced persons in ways that do not exaggerate social tensions.

Grappling with how we conceptualize the term “social cohesion” is the point of departure for the review. The study finds that lack of clarity around the term is pervasive and there is variability in how the concept is deployed and understood.

Recently, however, investment has been made in the development of subjective and objective indicators across horizontal (intergroup) and vertical (person-state) axis. Although these indices do concisely highlight key composite attributes of social cohesion in the context of conflict, the review suggests that additional specific indicators are required to ensure their applicability in particular displacement contexts.

Although literature on the impact of forced displacement on social cohesion outcomes is limited, the review does highlight what is known about factors that enable the restoration of positive social cohesion or contribute to a deterioration in social relationships. These include, preexisting relationships between the displaced and host communities, perceptions of identity, relative disparity between different groups affected by forced displacement, spatial arrangements and the duration of displacement. How these factors inter-relate and which ones prove more salient is, however, a product of historical and political influences.

The review looks at experiences from NGOs and the World Bank’s own work, and finds that while the majority of projects consider social cohesion to be an important part of addressing forced displacement, there is a need for a clearer definition. The study recommends further investment in political and historical analysis of the social dynamics around displacement. Monitoring and evaluation also needs to be improved, which would provide evidence of the effectiveness of various approaches. The study also suggests that social cohesion should be identified at the contextual level and addressed through a comprehensive programmatic response, in which project activities make a contribution.