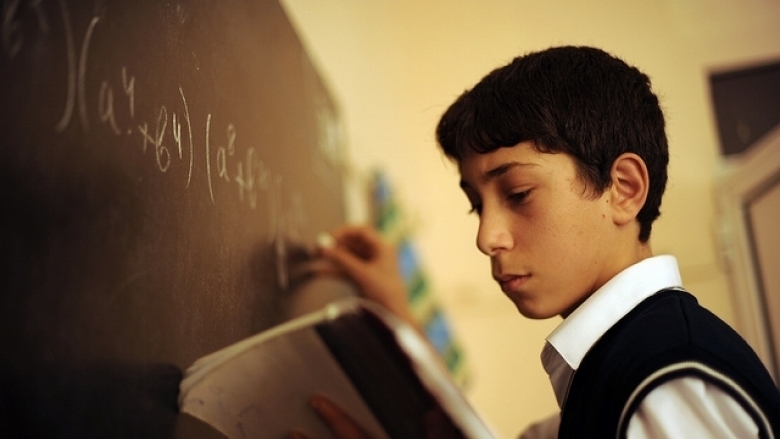 Education is one of the most important drivers for ending poverty and boosting shared prosperity, as well as for improving health, gender equality, peace, and stability. Guaranteeing the human right to a basic education means little unless schooling leads to learning for all children and youth. Growth, development, and poverty reduction depend on the knowledge and skills that young people acquire—not just the number of years they sit in a classroom.

But learning levels remain alarmingly low. In low-income countries, many young people complete basic education without acquiring fundamental literacy and numeracy skills. Even in middle-income countries, many students do not acquire the basic skills that are expected by employers and needed to secure a job. Today, an estimated 250 million children around the world are unable to read and write, even after spending three or more years in school. The urgency of improving the quality of education and accelerating learning globally has never been greater.

Improving learning outcomes requires strategic reforms and interventions at all levels of the education system. Major challenges in access to a meaningful education remain for the most disadvantaged populations, and there is a need to close these gaps and to improve the quality of service provision through better policies and stronger institutions.

The World Bank recognizes the need to ensure that the 58 million children out of school today not only attend school, but also receive a quality education that will prepare them to conquer the challenges facing the 21st century.  Bank support for education averages $2.6 billion a year in new financing for the poorest countries as well as for middle-income countries. We are working towards expanding educational opportunities for children, youth, and nations alike by providing policy advice, technical support, and knowledge of what works in education, as well as financing totaling $3.6 billion in fiscal year (FY) 2014, up sharply from $2.9 billion in 2013.

Learning for All, the World Bank Group’s education strategy, responds to the world’s growing education challenges. The strategy encourages countries to “invest early” because young people require strong foundational skills to ensure lifelong learning, “invest smartly” in interventions and reforms proven to result in learning gains, and “invest for all” children and youth, including girls and marginalized and disadvantaged groups.

Improving learning for all is the Bank’s highest priority in education. A solid foundation of learning begins early and is vital for success in later years. For many children, their time in school has not led to expected learning levels, leaving them far short of the skills they need to thrive in today’s global markets. Learning for All calls for education system reform beyond simply providing inputs. An education system’s ability to transform resources efficiently into better learning outcomes depends not only on having enough classrooms, teachers, and textbooks, but also on having the policy environment, resources, and accountability mechanisms that can promote—and not obstruct—education results.

To this end, the Education Sector developed a tool, the Systems Approach for Better Education Results (SABER), which provides detailed system assessments of country capacities in a wide array of education policy areas. SABER tools assist countries to conduct a thorough inventory of their education policies and institutions based on global best practice. SABER analyzes the quality of these policies and institutions and provides stakeholders with a tool for effective policy dialogue. It fills a critical gap in worldwide policy data and knowledge on what matters most in improving the quality of education. The Bank’s SABER tools are being deployed in over 100 countries and are informing investments in education at all levels.

Better evidence and knowledge are the levers that make effective reform possible. Spurred by concerns about the quality of education and health services, as well as inefficiencies in returns to investment in these sectors, the Service Delivery Indicator (SDI) Surveys track performance and quality of service delivery in education and health across countries and over time.The World Bank also conducts and supports rigorous impact evaluations to generate stronger evidence about what works in education under different country conditions. In addition, the revamped EdStats website was recently launched, featuring more than 2,500 internationally comparable education indicators on access, completion, learning outcomes, expenditures, and more. These advances will help the Bank and our partners to better serve our client countries’ needs.

In September 2012, World Bank Group President Jim Yong Kim reaffirmed the Bank's 2010 Millennium Development Goals (MDGs) Summit pledge to commit an additional $750 million in financing for basic education over five years (2011-2015) from the International Development Association (IDA) to help the poorest countries accelerate progress toward the 2015 MDGs for education. The total amount of new IDA commitments for basic education in FY13 was $1.26 billion. This amount implies cumulative progress of $939 million.

Bank assistance has helped contribute to the following global achievements in education:

We collaborate with United Nations (UN) agencies and development partners to support countries’ education goals, including progress toward the MDGs.  The Bank is a member of the UN Secretary-General’s Global Education First initiative.  In support of this initiative, we have co-hosted several Learning for All Ministerial events, focusing on concrete steps to help ensure that all children can go to school and learn.

The Bank is a critical partner in the Global Partnership for Education participating actively in the partnership including as trustee, host of the Secretariat, and custodian of a majority of grants to countries. The Bank was instrumental in creating this partnership in 2002, which is now comprised of close to 60 developing countries, donor governments, international organizations, the private sector, teachers, and civil society groups.

We also partner with several bilateral donors, including Australia and the United Kingdom, who are strong supporters of SABER. The Russia Education Aid for Development Trust Fund program supports SABER-Student Assessment as well as learning assessment activities.

Private foundations such as the Children’s Investment Fund Foundation have also been important partners for our knowledge work. Other donors, including the European Commission, Ireland, Korea, the Netherlands, Norway, Japan, and Spain collaborate with the Bank on operations or knowledge work. We are working with new partners including the Arab World Initiative, the Building Evidence in Education (BE²) network, the Early Childhood Consultative Group, the Global Compact on Learning Donor Network, and Teach for All to ensure that these initiatives have a global impact.