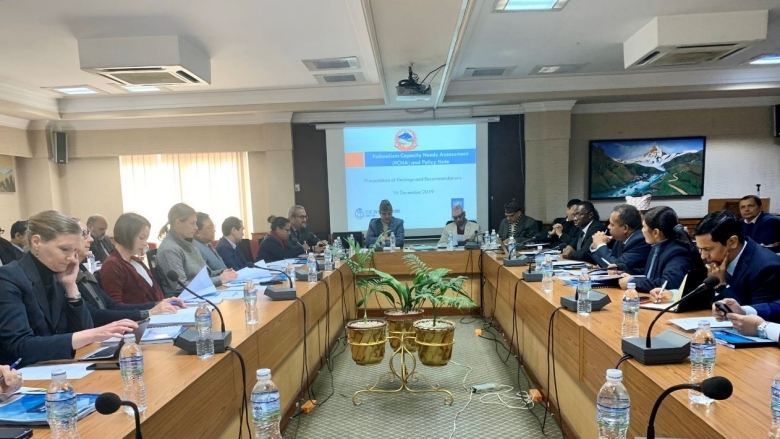 Dissemination of the Federalism Capacity Needs Assessment to the Government of Nepal together with development partners.

Under Nepal’s 2015 Constitution, the country embarked on an historic transition to a federal democratic form of government. State restructuring on this scale was unchartered territory so the World Bank undertook extensive analytical work to inform policies on building government capacity and inter-government coordination at the federal, provincial and local levels to make service delivery more effective and accountable.

The 2015 Constitution established Nepal as a federal democratic republic with three tiers of government – local, provincial and federal. The country in effect made a historic move from a unitary form of government to a federal system with 753 local levels, seven provincial governments, and one federal government. This shift provides opportunities to decentralize development benefits and make service delivery more effective and accountable. At the same time, state restructuring on this scale is unchartered territory for Nepal and ensuring a smooth transition is a daunting task. Jurisdictional overlap among the three tiers of government, lack of clarity and coherence between policies and devolved powers, reducing duplication of efforts, and creating government capacity are key challenges to Nepal’s successful transition to federalism.

Launched by the Government of Nepal in September 2018, the Federalism Capacity Needs Assessment (FCNA) was delivered, in September 2019, under the Nepal Federalism Support Platform analytical and advisory service (ASA) provided by the World Bank. The FCNA provided a just-in-time assessment of the capacity needs to implement federalism at the three tiers (local, provincial and federal) of government and recommended a roadmap to improve Nepal’s capacity readiness for federalism implementation.

The World Bank is key development partner supporting Nepal’s federalism agenda. The analysis undertaken through the Nepal Federalism Support Platform, focused on building government ownership of the FCNA and operationalizing the findings, has helped produce several key policy and operational outcomes between 2018 and 2020:

The World Bank’s financial contribution and support work for the FCNA began in 2017 and totaled $630,000.

The FCNA was led by the Government of Nepal with additional financial and technical assistance from United Nations Development Programme (UNDP), the U.K.’s Department for International Development (DFID) and the Swiss Agency for Development and Corporation (SDC). The UNDP independently financed a survey to determine capacity gaps of targeted municipalities and provinces that fed into the FCNA. In 2018-19, DFID and SDC made financial contributions through the Federalism Implementation Support Program, with $715,532 from DFID and $32,957 from SDC. These funds from different sources financed such activities as data collection, analysis, production of outputs in different forms and languages and multi-stakeholder consultations.

The FCNA final report was launched in January 2020, and the Government has since developed the FCNA implementation plans. The Government intends to operationalize key FCNA recommendations through the PLGSP, the Government’s main program for capacity development for subnational governments to implement federalism. This program is jointly funded by the Government of Nepal and a number of development partners consisting of DFID, SDC, Norway, European Union, and the United Nations. In response to the FCNA findings, the World Bank is developing the Federalism Filter for Nepal to incentivize intergovernmental coordination and prioritization of capacity building for federalism through World Bank and Development Partner operations in Nepal. 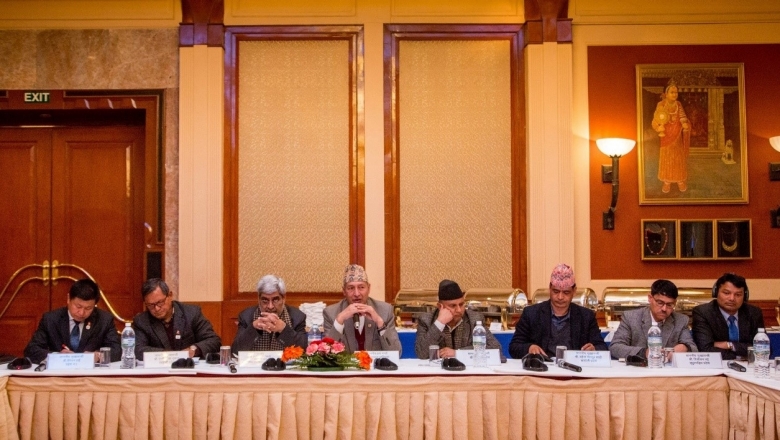 Beneficiaries of this analytical and advisory work on the transition to federalism include government officials at all three tiers of government, development partners, civil society organizations (CSOs) and academia in Nepal, as well as the private sector. It is also meant to inform the design of World Bank operations in Nepal.

“Nepal’s transition to federalism significantly increases the need to develop capacity at all levels of the government and to modernize the governance system and institutional framework as an ongoing process.” The FCNA “will help in taking on new service delivery responsibilities as required in the federal set-up, and also meet growing demand for better public services.”