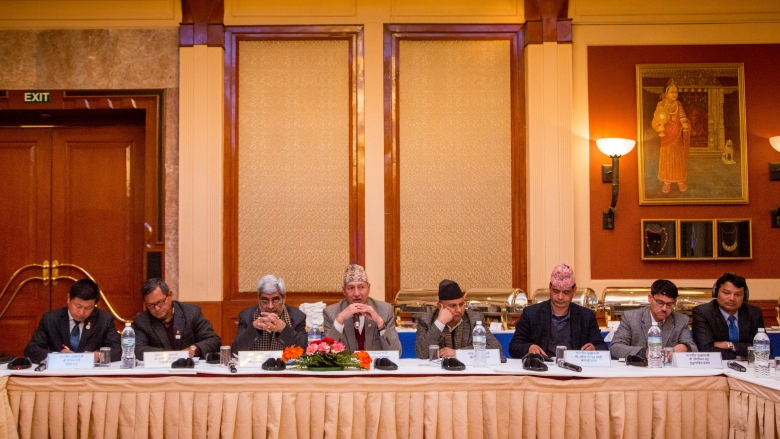 Kathmandu, January 30, 2020 – The Chief Ministers of five provinces expressed appreciation of the process and agreement of the findings and recommendations of the Federalism Capacity Needs Assessment (FCNA) at a special briefing event on the FCNA held on 29th January which was jointly organized by the Ministry of Finance and Ministry of Federal Affairs and General Administration.

The briefing was delivered by the Country Manager of the World Bank in collaboration with the United Nations Development Program (UNDP) in Nepal and in the presence of international development partners.

“Nepal’s transition to federalism significantly increases the need to develop capacity at all levels of the government and to modernize the governance system and institutional framework as an ongoing process,” stated Honorable Finance Minister Dr. Yuba Raj Khatiwada. “This will help in taking on new service delivery responsibilities as required in the federal set-up, and also meet growing demand for better public services.”

The FCNA is an assessment of Nepal’s capacity needs in the provincial and local governments to implement federalism, along with a roadmap of priorities for all three levels of Government over the short and medium terms. Led by the Government of Nepal with the support of the World Bank and UNDP, the FCNA was jointly undertaken by the Georgia State University and Nepal Administrative Staff College which was initiated in September 2018 and completed in December 2019. The assessment covered the federal government, seven provincial governments and a representative sample of 115 local governments using informant interviews, desk reviews and questionnaires, and focused on three main elements of capacity: organizational, institutional and regulatory, and physical infrastructure.

“Nepal has made a historic move from a unitary form of government to a federal system that builds accountability of three levels of the government,” stated Honorable Minister of Federal Affairs and General Administration, Mr. Hridayesh Tripathi. “The success of federalism in Nepal implies success in all three levels of government which requires that they work together as one in meeting the aspirations of the people.” 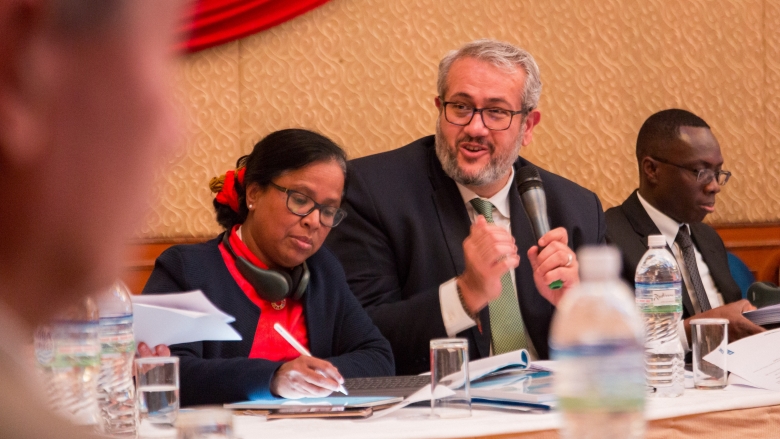 The FCNA identifies measurable progress since the adoption of the federal constitution in 2015 with the set up of key institutional structures, strengthening of the regulatory environment and strong initial progress in the adjustment of personnel in all levels of the government. Provincial and local governments account for about 34% of total national expenditure, suggesting strong government acknowledgment of the importance of fiscal federalism. However, the FCNA notes that gaps still exist between the needs and existing capacity at all levels of government to manage new functions.

During the interaction, Chief Ministers who attended the meeting expressed their views that relate to the need for infrastructure building, technical support in better planning and execution of projects, capacity building of human resources both at the provincial and local levels, and better coordination within provincial governments and with the federal government. They appreciated the cooperation from development partners to support the implementation of federalism and welcomed the plan of dissemination of the FCNA in two provinces.

The assessment calls for a strategic approach to capacity building for federalism, including the need to prioritize measures to strengthen the foundations for intergovernmental and inter-ministerial coordination and monitoring of the implementation of federalism. The FCNA recommends a roadmap essential to help improve Nepal’s capacity readiness for federalism.

The FCNA was first disseminated at the federal level in December 2019. The report dissemination process, which seeks to mainstream findings and recommendations in all three levels of the government, will be completed by disseminations organized for provincial and local government officials and other stakeholders within the first quarter of 2020.

“The FCNA is a dynamic document that is intended to facilitate discussions on the way forward.  Identifying the capacity needs for federalism is just one part of the equation. The other and important part is to operationalize the FCNA findings and recommendations,” stated Mr. Faris Hadad-Zervos, World Bank Country Manager for Nepal. “We are committed to support this process and the broader implementation of federalism in Nepal.”

“It is all about bringing basic facilities and services like education, drinking water, food, basic health and roads faster to those really in isolated places. It is also about having the will and expertise to work in a different way,” stated Ms. Ayshanie Medagangoda-Labé, UNDP Resident Representative. “We hope the FCNA will give the evidences for a strong foundation on which we the partners can rally to complement each other and deliver on the commitment.”