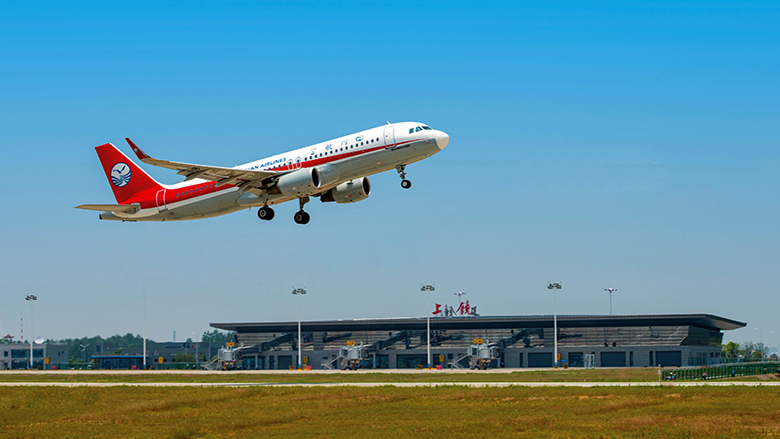 With World Bank support, a green and environmentally friendly airport was built in Shangrao in China’s Jiangxi Province. The project demonstrated the feasibility of developing and operating an environmentally sustainable airport, improved regional connectivity, and facilitated the growth of tourism for employment and poverty reduction.

By 2013, China was the world’s second largest aviation market in terms of traffic volume, and air transport was the fastest growing mode of transport. However, the country was faced with considerable challenges, particularly in the development of feeder airports and aviation services, including poor connectivity with regional airports, poor operational efficiency, and low utilization.

Shangrao has rich tourism resources, such as Wuyuan (known as the "most beautiful countryside in China"), Mount Sanqing (a UNESCO World Heritage Site), and Poyang Lake (the largest freshwater lake in China).  Construction of the Sanqingshan Airport was important for the economic development of Shangrao Municipality and northeastern Jiangxi. It has facilitated the growth of the region’s tourism resources and complemented the comprehensive transport system.

The project focused on three main areas: environment-friendly airport design and operation; economic and financial sustainability; and integration of transport modes. As the first civil aviation project financed by the World Bank in China, it introduced and implemented the “Green Airport” concept and was expected to serve as a demonstration model for the development of future feeder airport projects in China.

The World Bank project team assisted in the preparation of the Shangrao Sangqingshan Green Airport Design Guidelines, a technical study on the Shangrao Green Airport experience and lessons learned, two green airport workshops participated by around 150 representatives from Civil Aviation Administration of China (CAAC), other airports, and airport construction, consulting and engineering companies, and training of local project staff and stakeholders. Several international aviation experts were brought in to join implementation support missions or workshops to introduce global best practices.

The Shangrao Sanqingshan Airport received construction completion acceptance in December 2016 and overall acceptance by the CAAC regional bureau in March 2017.  The airport became operational in May 2017, with the Chengdu-Shangrao route made operational by Sichuan Airlines.

Travel time between Shangrao and major destinations was reduced by 45% on average.

A US$50 million loan from the International Bank for Reconstruction and Development (IBRD) financed about 40% of the total project cost, which totaled more than US$125 million. During project preparation and implementation, the Bank team provided timely and quality support in terms of green airport design, technology and operation.

China’s national government and Shangrao Municipal Government co-financed about 60% of total project costs, including a grant of RMB350 million (about US$50 million) from the Civil Aviation Development Fund to support feeder airport development. Shangrao Government demonstrated strong commitment and support to the project by developing resettlement and land acquisition policies, constructing a 4.65-kilometer access road to link the airport with the nearest main road and providing about RMB7 million (about US$996,000) from the Civil Aviation Energy Saving & Carbon Reduction Special Fund to subsidize the ground source heat pump system.

Shangrao Government adopted a Public Private Partnership (PPP) approach for airport operations and management and signed an operation concession agreement with Jiangxi Airport Group, which established the Shangrao Airport Operation Company to take over the operations of the airport. The airport is expected to see increasing demand, with growth in annual tourist traffic and the economy. Sustainability of outcomes is also expected as a result of improved institutional capacity in the local civil aviation bureau, including improved technical, project management and business development skills, and improved collaboration between various sector stakeholders.

The Shangrao Airport is working closely with other transport services providers to offer integrated services. In addition to the clean-energy airport bus services, the airport is collaborating with the high-speed rail station of Shangrao to setup an in-station check-in desk to facilitate integration of airline and high-speed rail services for travelers and tourists.

In the context of China’s commitment in the Paris Climate Agreement in 2015, CAAC has issued several plans and provided subsidy programs to incentivize local authorities to adopt the “Green Airport” approach.

“Sanqingshan Airport will give wings to economic and social development in Shangrao.” 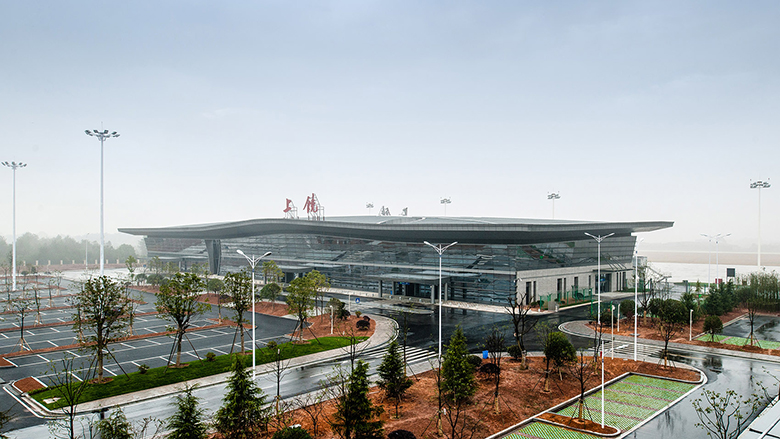