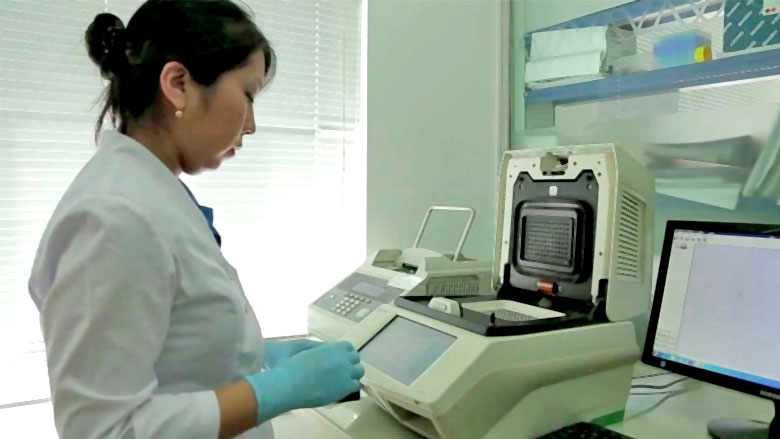 WASHINGTON, December 20, 2016—What does it take for an economy to transform itself from a supplier of raw materials to an exporter of ideas, science, and technological advancement? Certainly, the tools to develop scientific expertise – including training and modern laboratory equipment. But such a drastic shift also requires the know-how to get new ideas out of the lab and into the market.

In 2008, commercializing innovations was proving to be a major obstacle in Kazakhstan, a country that emerged from the Soviet Union with a well-educated and scientifically literate labor force but outdated scientific infrastructure. Most scientists in the country simply did not have experience finding investors, pushing their ideas into production, or linking their innovations to global markets.

Under the Technology Commercialization Project, which began in January of 2008, The Government of Kazakhstan sought World Bank Group expertise in two particular areas:

The World Bank Group provided US$11.35 million toward these efforts, supporting the Government of Kazakhstan’s total budget of US$65.2 million.

“Prior to receiving this grant, our team consisted entirely of scientists, and our knowledge about ​​commercialization was superficial,” says Yelena Zholdybayeva, a representative of General Genetics, one of the project grantees. “The program provided really helpful workshops on commercialization. Since the project started, I have begun to understand the business side of our startup in greater detail, including what products or concepts can be commercialized.”

The results have been encouraging: the project kick started 65 new startups, 40 of which reached first sales by the close of the project in 2015. Independent international boards selected grantees through several rounds of merit-based applications, where funding was provided for up to three years to cover all phases of scientific projects including research, development, proof of concept, and prototypes.

“The project beneficiaries generated an impressive amount of change leaders and seeds of new innovation culture in the country,” says Karen Grigorian, Senior Private Sector Specialist at the World Bank Group and project co-lead. “These entrepreneurs are acting as first movers in the technology commercialization space in Kazakhstan.”

The new startups operated in a variety of sectors relevant to the Kazakhstani context: agriculture, gas, oil, robotics, and medicine and pharmaceuticals, among others. Grant-funded projects signed 11 license agreements, and had five international patent agreements approved by 2015.

“When people think of funding for technology and innovation, a default first thought is computers and information technology. But this project stretched far beyond these basic elements,” explained Lisa Kaestner, a Practice Manager for Trade & Competitiveness at the World Bank Group. “Not only did this project generate new products and ideas in a huge range of industries, it also helped rebuild capabilities of Kazakh research and development.”

By 2015, companies and products that arose from the Technology Commercialization Project achieved 908.7 million KZT (approximately US$2.6 million) in sales, with more expected in the future as the startups gain traction.

" The grant we received from the World Bank Group provided the financial support we needed to get the business off the ground. " 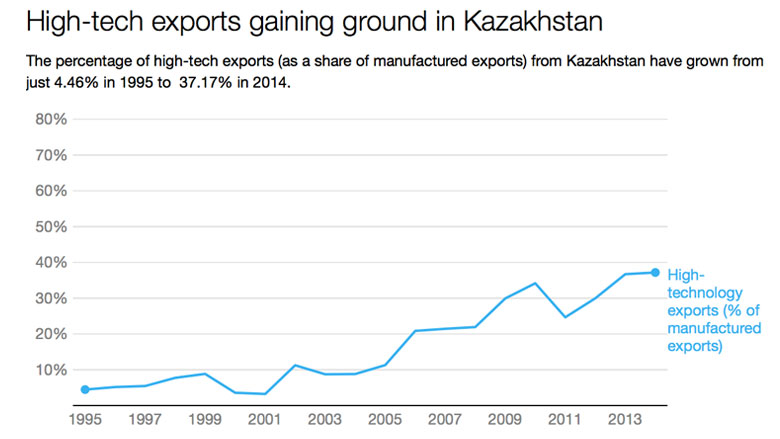 One of the more successful startups, measured by sales at the end of 2015, is ZTOWN Development, a company which produces ear tags for sheep and goats, which reached 726 million KZT (US$2.1 million) in sales by the end of the project. ZTOWN is the only domestic producer of veterinary ear tags, which utilize a massive database to help track the movement of livestock and the presence of disease. In a country where all 15 million sheep and 5 million cattle are subject to compulsory identification, this is no small task.

“The grant we received from the World Bank Group provided the financial support we needed to get the business off the ground,” said Zhandos Bolatbekov, a representative of ZTOWN. “Prior to our business, there was no local production of veterinary ear tags – everything had to be imported. Now, our business has grown, and we employ 40 people, including operators, engineers, supervisors and administrative staff.”

ZTOWN’s plant has the capacity to produce over 17 million pairs of ear tags per year, enough to cover the Kazakhstani market and also export to neighboring countries.

Trickle Down Benefits of Innovation

But beyond sales, many of these enterprises have positively affected Kazakhstan’s social development and professional sectors in other ways. Many groups of people in Kazakhstan stand to benefit from innovative advances in agriculture, health care, and access to safe drinking water, for instance.

“Our services are aimed at patients with cardiovascular disease, which is a leading cause of death in Kazakhstan,” said Yelena Zholdybayeva of General Genetics. General Genetics works with cardiologists to administer DNA tests that look for genetic markers in Central Asians that affect the way they metabolize medicines – including heart medications. General Genetics does all its testing domestically instead of sending samples off to Russia. “Cardiologists have been working with us consistently since 2013, suggesting that they are satisfied with our work,” said Zholdybayeva.

Early successes arising from the Technology Commercialization Project set the stage for a follow-on project, the Fostering Productive Innovation Project, which began in December 2014.

“The Technology Commercialization Project served as an important pilot program in Kazakhstan, and shows that innovation projects are most effective when delivered as part of a longer-term strategy,” notes Yeraly Beksultan, a World Bank Group Private Sector Specialist and project co-lead. “This second project aims to build on the pilot and further capitalize on the Government of Kazakhstan’s commitment to scientific achievement.”

The ultimate aim is that the pilot project and its follow-on will completely transform Kazakhstan’s R&D base in the next five to 10 years, creating a technology sector that is competitive, interdisciplinary, and internationally peer-reviewed.

“Creating an innovation-based economy takes time,” said Francis Ato Brown, World Bank Country Manager for Kazakhstan. “What we have found is that the Technology Commercialization project is one model that works uniquely for Kazakhstan, and we look forward to expanding our progress.” 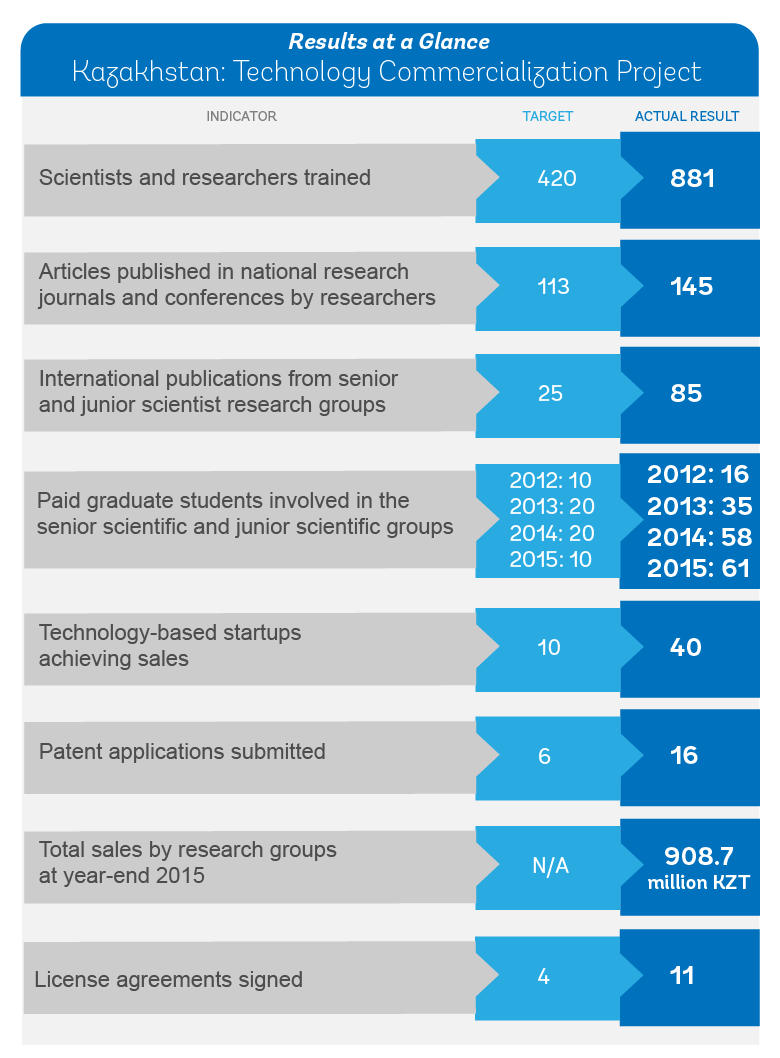