Strengthening Shared Prosperity in Panama: Fostering inclusive growth and better opportunities for the marginalized and vulnerable 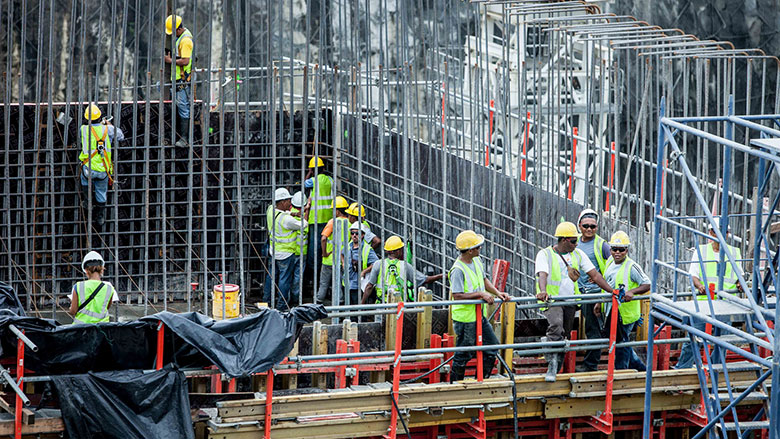 World Bank.
The World Bank Group has been a key partner in Panama’s economic and social development agenda, supporting the country in maintaining its macroeconomic sustainability and enhancing productive capacity to reduce poverty and income inequality. The World Bank is also working with Panama to upgrade the quality of life of marginalized and vulnerable groups through better access to basic services and resilience to natural disasters.

Panama’s economic growth has been faster than any other country in the Latin American and Caribbean (LAC) region over recent years, averaging 7.2 percent from 2001-2013. The country’s rapid growth has translated into significant poverty reduction. Between 2007 and 2012, poverty declined from 39.9 percent of the population to 26.2 percent, and extreme poverty from 15.6 to 11.3 percent. During the same period, income growth of households in the bottom 40 percent of population increased 8.2 percent, compared to the average per capita income, which grew by 6.6 percent.

Although growth at the aggregate level has been largely pro-poor and inequality has declined, not everyone has shared equally in Panama’s prosperity. The indigenous peoples living in semi-autonomous territories (comarcas) and groups living in remote rural areas suffer from higher poverty levels and significant gaps in access to basic services than the rest of the country. For instance, in the poorest comarca with the largest population, Ngäbe Buglé, poverty rates reach 93 percent and extreme poverty 83 percent. In addition, most of the poor are settled in vulnerable areas, exposed to natural disasters.

In order for Panama to maintain its growth model and for all Panamanians to benefit from it, economic, social, and environmental challenges must be addressed. These include ensuring a well-educated workforce with relevant skills to sustain economic growth, inclusion of marginalized groups and indigenous peoples, adequate and modern infrastructure to support a high performing economy, strengthened public sector institutions that promote efficiency and transparency, compliance with international financial standards to maintain investment flows, and sustainable natural resource management and resilience to natural disasters.

Given Panama’s unique development challenges and the sophistication of its economy, the World Bank Group (WBG) has supported the country’s efforts to maintain high growth, while ensuring that benefits reach all. The World Bank has been a key partner on policy reform for fiscal sustainability, enhanced targeting of social protection programs, and modernization of the public sector planning and budgeting system with enhanced transparency. Moreover, the World Bank program has had a clear focus on poverty and shared prosperity, supporting social inclusion by building productive alliances to help increase producer incomes, increasing the percentage of women receiving pre-natal care, and improving water and sanitation services in rural and poor communities. In addition to financing, the WBG has provided high-quality technical assistance and cutting-edge knowledge, particularly in managing fiscal risks stemming from natural disasters. WBG engagement in Panama also includes International Finance Corporation (IFC) investments and Multilateral Investment Guarantee Agency (MIGA) guarantees, which have supported the core growth sectors of the economy, centered on the Panama Canal, urban transportation, energy, trade, and financial services. 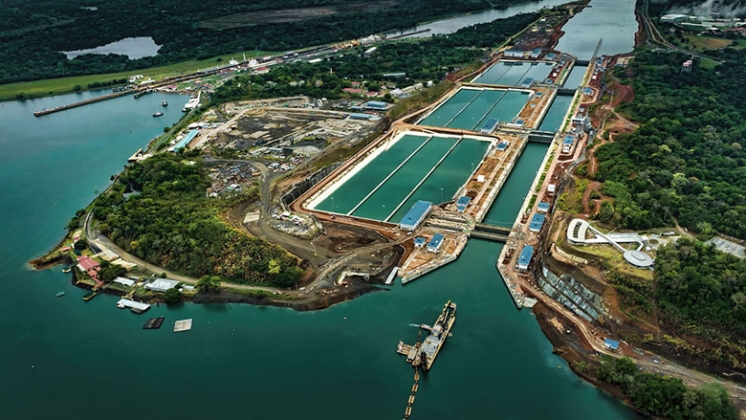 Increased Income and Productive Capacity of Small-Scale Producers: Financing and technical assistance for access to markets was provided to 152 productive alliances of small-scale producers in high-poverty areas, including indigenous areas. Producers benefitted from increased agricultural productivity and a 23 percent increase in sales. Around 4,600 producers (30 percent women) received investment and technical support through 130 sub-projects covering a range of agro activities.

Improved Targeting of Social Transfer Programs and Increased Social Security Coverage: By improving the targeting of the Red de Oportunidades program (translated as “Network of Opportunities”), the Government channeled resources to the poor in remote geographic areas, largely excluded in the past, increasing coverage in the indigenous comarcas (from 50% in 2008, to 70% in 2014) which represented 46 percent of beneficiary households.

Improved Households Access to Quality Basic Health and Nutrition Services: Through the provision of a basic package of health services under the Coverage Extension Strategy, mobile health units provided regular access to a basic package of health services to 149,028 beneficiaries from 47 poor rural communities by 2014, with 86 percent of pregnant women receiving at least three prenatal controls (compared to 20 percent in 2010), and 96 percent of children under age one receiving full vaccinations (compared to 26 percent in 2010).

Enhanced Capacity for Disaster Risk Management and Adaptation to Climate Change: The Disaster Risk Management Development Policy Loan with a Catastrophe Risk Deferred Drawdown Option has been a quick and flexible instrument in addressing a national drought emergency triggered by El Niño phenomenon (2015-2016), including support to the Water Security High Level Committee in the development and implementation of the National Water Security Plan. Most of the World Bank disaster risk management support has been provided through technical assistance activities with key results including the development of the first Disaster Risk Finance and Insurance Framework in Latin America, and a strengthened emergency preparedness and response capacity at the subnational level.

Following a decade of limited engagement, the World Bank Group partnership with Panama was rejuvenated in 2005.  Since then, the World Bank has delivered US$1.1 billion including operations in education, health, social protection, land administration, rural productivity, rural and urban water and sanitation, disaster risk management, public sector efficiency, and environment. Along with financial assistance, the World Bank has provided high-quality technical assistance and cutting-edge knowledge -- in urban planning, urban transport system reform, disaster risk management, and logistics -- to leverage increased economic activity resulting from the reversion of the Panama Canal in 1999. IFC and MIGA have provided support for private sector investments and employment generation.  IFC’s investment in Panama grew from nine projects totaling US$166 million over 2002–2006, to 28 projects representing US$ 1.2 billion gross investment during 2007–2014. These include support for the Panama Canal Expansion Project and the Penonomé Windfarm. The role of MIGA has been critical for improving urban mobility through the provision of the guarantee for the Metro Line 1.

Several operations have been implemented jointly or in close coordination with other donors. This was done successfully with the water program, providing, in part, a platform for dialogue on policy reform. Both the Metro Water and Sanitation Project and the Water Supply and Sanitation in Low Income Communities Project were coordinated with the Inter-American Development Bank (IDB) and the Development Bank of Latin America (CAF) to cover distinct geographical areas. This proved to be a good model, allowing each multilateral to manage and develop its project activities in focalized areas. In terms of knowledge services, the Public Expenditure and Financial Accountability (PEFA) assessment was conducted jointly with IDB to identify challenges in Panama’s public financial management system.

The WBG will continue its partnership with Panama in line with the Country Partnership Framework (CPF) under implementation to help reduce extreme poverty and promote shared prosperity by supporting Panama’s growth while ensuring inclusion and opportunities for marginalized groups, and bolstering resilience and sustainability. The CPF features a mix of instruments, drawing on the strengths of the institutions of the World Bank Group to provide Panama with a package of assistance to best address the country’s development needs. Leveraging the comparative advantages of the World Bank, IFC, and MIGA will facilitate the delivery of a complementary suite of services and greater partnership with the private sector. The World Bank and IFC are already collaborating strongly in the energy sector where the World Bank is supporting the modernization of the sector through the elimination of distortions, as well as new legislation to diversify the generation matrix, and IFC is investing in renewable energy (wind). MIGA will explore providing guarantees for energy and other infrastructure investments. During the CPF period, the WBG institutions will further explore potential synergies to accelerate progress towards the WBG’s twin goals.

Hilaria Palacios is a mother of five children and is four months pregnant with her sixth. Previously, it was very difficult for Hilaria to access health services because it required walking long distances or paying prohibitive transport costs just to reach the local clinic. Thanks to community visits by a mobile team of health professionals, including a doctor, a nurse, a technician, nutritionist, an environmental health sanitation specialist, and a driver, health comes to Hilaria. This approach allows Hilaria to have monthly access to quality basic health services during her pregnancy.

" I had to walk or take a boat to receive check-ups. It was very difficult. Today, I receive monthly check-ups from the Doctor here. " 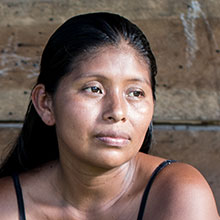 Project beneficiary commenting on the difficulty of accessing care prior to the mobile health teams
US$1.1 billion
has been delivered by the World Bank since 2005 for projects and operations in education, health, social protection, land administration, rural productivity, rural and urban water and sanitation, disaster risk management, public sector efficiency, and environment.

Projects Map for Latin America and the Caribbean 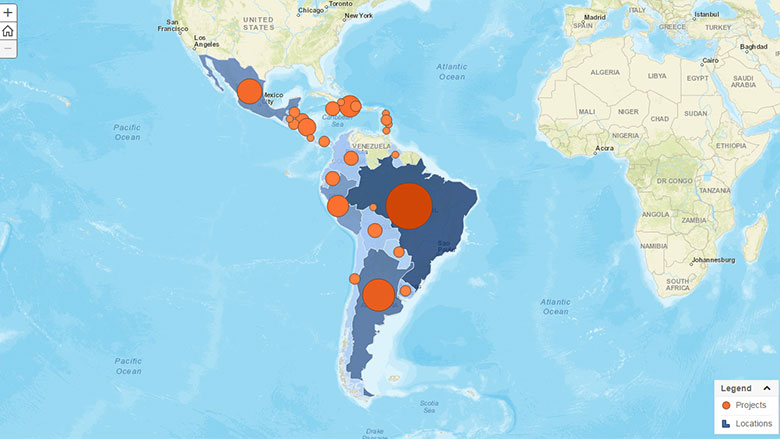