February 3, 2016
An effort to address the constraints on the competitiveness of MSMEs contributes towards a more sustainable and inclusive growth.

A comprehensive approach to improving the competitiveness of MSMEs in Nicaragua—including improvements to the business environment, a matching grants program, and institutional capacity building—has led to impressive results in the creation of jobs, new products, and services, and the improvement of existing products and services.

Nicaragua’s private sector has been dominated by micro and small businesses, with a large informal sector (estimated at 45 percent of the gross domestic product in 2002). Micro, small, and medium enterprises account for most urban jobs—74 percent of the total.

However, the poor business environment has kept many firms out of the market and raised operating costs. Moreover, Nicaraguan MSMEs lack the business skills and the kind of access to finance that would be required to be competitive. Many MSMEs were prevented from entering larger supply chains or exporting for lack of standards, both in quality and sanitary conditions.

Moreover, the business environment did not encourage improvements in standards. Health and food permits took six months and two weeks to obtain, respectively, and were only valid within Nicaragua. The processes to standardize and calibrate all types of products were unduly complex for MSMEs, hindering Nicaraguan MSMEs from trading and exporting consumable products. Worker health and safety were additional concerns for MSMEs, which often lacked the knowledge and resources to comply with such standards, thereby sacrificing potential productivity gains. Lack of knowledge about and use of patents and trademarks was preventing MSMEs from innovating and expanding their businesses.

Between 2002 and 2008, Nicaragua experienced a period of macroeconomic stability, with steady positive gross domestic product (GDP) growth, stable exchange rates, declining interest rates, and growing foreign investment. However, this was inadequate to ensure long-term economic growth and poverty alleviation, and its sustainability was not clear. Moreover, free trade agreements—such as the signing of the Central American Free Trade Agreement (CAFTA) in 2006—presented a major challenge for the private sector to grow, modernize and become more productive. For these openings to turn into economic gains and to avoid being left behind in the evolving regional trade regime, Nicaraguan MSMEs needed to improve the quality, quantity and on-time delivery of their products and services.

The solution was based on the theory that a comprehensive effort to address the constraints on the competitiveness of Nicaraguan MSMEs would contribute the most towards sustainable and inclusive growth. The Micro, Small, and Medium Enterprise Development Project therefore included activities to respond to the constraints on the competitiveness of urban MSMEs, paving the way for growth:

The Bank supported the project with a credit of US$11.4 million equivalent (SDR 8.24 million).

The PIU leveraged resources within MIFIC, such as environmental specialists, to build their team. They ensured that the design was inclusive, conducting extensive stakeholder consultations and obtaining beneficiary feedback throughout the project. They also ensured strong coordination among parallel donor efforts. For example, the VUI was supported by both the Inter-American Development Bank (IDB) and the European Union in complementary aspects to the support provided by this project, and there was no overlap. Moreover, the PIU very successfully coordinated among 14 different agencies, including government agencies, the commercial registry and VUI, and municipalities.

The Bank and the government have discussed options for future activities, but there are no plans at the moment for a follow-on project, either from the Bank or other donors. However, by modernizing production processes, Nicaraguan firms will be able to take full advantage of the opportunities of free trade agreements, becoming more sustainable. Technically sound business plans and profitable activities will enable firms to gain better access to financing to invest in equipment and other physical assets. Improvements in the business and investment climate supported by the project will reduce the time that managers spend on permit and asset registry processes, enabling them to focus on the challenges of new processes and practices. To maintain the equipment and systems provided by the project, the Commercial Registry has set up a dedicated IT team. The Intellectual Property Agency (RPI) has opened a window of access and communication to MSMEs. This has secured an additional source of (currently growing) revenues for the RPI. Similarly, the support to facilitate transactions at the Commercial Registry and One-Stop Shop has provided the agencies extended access to the MSME population and possibly afforded them an additional stream of revenue.

The main beneficiaries of the project were Nicaraguan MSMEs. Additional beneficiaries included other Nicaraguan firms and selected direct beneficiaries of project support within the Government of Nicaragua—the Commercial Registry of Managua, the VUI, the Intellectual Property Registry, the Ministry of Health, the Ministry of Labor, the National Laboratory of Measurements, the Ministry of Family, Communitarian and Cooperative Economy, the Ministry of Development, Industry and Commerce, and nine municipalities. The program also benefited Nicaragua’s minorities from the Creole, Miskito, Mayangna, Rama, Mozonte and Monimbó indigenous populations including those in remote areas on the Northern Atlantic coast. While together these groups comprise just 14 percent of the population, their over-representation in this program was important as they tend to suffer disproportionally from poverty and unemployment.

Geographically, beneficiaries were located in 10 administrative departments and two regions, which together represented 71 percent of the country. The majority of the 864 beneficiary firms were led by women (55 percent) and 319 permanent and 126 temporary jobs were created for women by the 459 firms in the project’s third phase. This is important, given that labor market participation for women has been much lower than for men. The impact of the overall project has been underscored by numerous press articles in Nicaragua. In one of these, a beneficiary of the program noted how her bakery business grew as a result of project support: “Before, we only used one bushel of flour. Now we use quintals.” Another article mentioned that the support provided was a “momentous step” for the five targeted sectors. 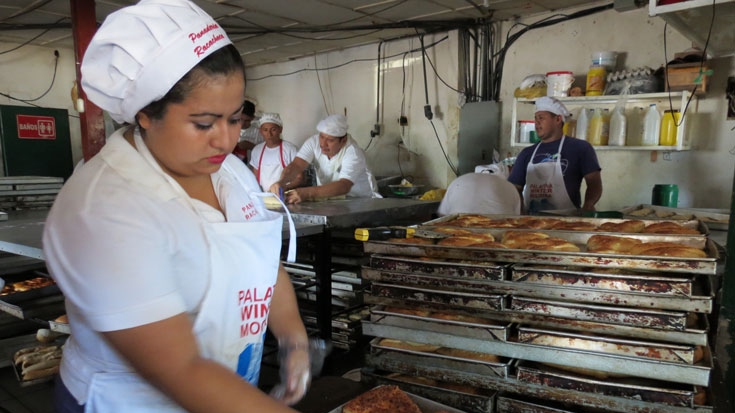 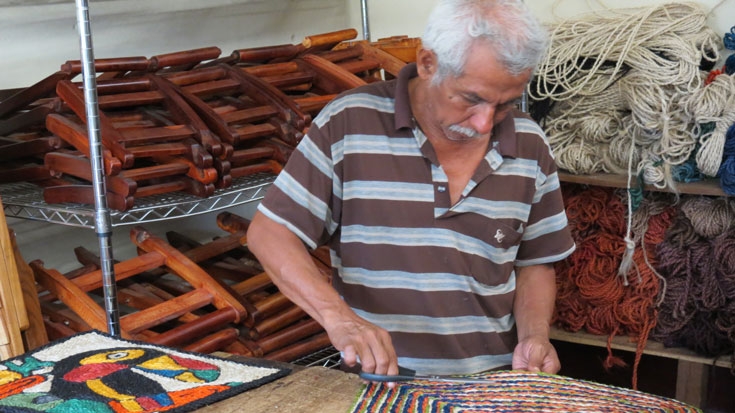