In 2014, about 20 percent of the Kyrgyz Republic’s public expenditures, or US$ 347 million, was spent by the government on a wide range of goods and public works: medicines and laboratory equipment for hospitals, milk and fruit for kindergartens, repairs of existing roads, and construction of new roads, power lines and water supply schemes.

One of the key achievements of the Government’s reform efforts was the adoption in April 2015 of the revisions to the Public Procurement Law. The revised law, developed with support from the World Bank, brought public procurement practices in the Kyrgyz Republic closer in line with international standards.

The law now mandates state and municipal organizations to publish on a centralized web portal all tender announcements and documents, information about tender participants, as well as the reasons for selecting or rejecting a particular bidder, thus providing a single point access to the information on public procurements.

State and municipal organizations now have to publish all tender announcements and documents, information about tender participants, as well as the reasons for selecting or rejecting a particular bidder on a centralized web portal.

" Public procurement is perhaps the most negatively perceived, most criticized area of our economy. The key problems are inefficiencies at all stages of the public procurement process and vicious practice of bribing those who make decisions regarding tender outcomes. We have set an ambitious goal to switch all public procurement in the Kyrgyz Republic to the electronic form, so we are abandoning the conventional ‘paper-based’ procurement in order to eradicate corruption, first and foremost. "

According to Ulan Danikeyev, more than 2,000 businesses have registered since May 2015 in the e-procurement system as suppliers of goods and services, and around 700 state and municipal organizations have switched to e-procurement. One such organization is Ayil Bank, a large state-run bank that buys all of its goods and services – from new ATMs to stationery – in compliance with the Public Procurement Law.

“The e-procurement system allows for more transparency as bidders now can submit their bids electronically and see the processes of bid evaluation and award online,” says Kubanychbek Kasymov, Head of the Procurement Department at Ayil Bank. “Another advantage of the new system is that we now have more time to do more tenders. In the past, we would spend two to three days to prepare and get approvals for the paper-based tender documentation; now it takes only 3 to 4 hours.”

Public servants and entrepreneurs alike acknowledge the improvement in the transparency and convenience of the new public procurement processes. Last year, Nikolay Giatsintov’s company won a US$ 65,000 contract to supply industrial lubricants to state-owned company Electric Power Plants, which runs hydro power plants throughout the country. “We offered our price electronically; there were no prior contacts or agreements with anyone,” says Nikolay. “We supplied our goods at the prices we thought were fair. On a set day, all bids were opened and it became clear that we won the tender.”

As a result of another open and transparent tender for the supply of road maintenance equipment and vehicles, the Ministry of Transport and Communication was able to save around US$ 2 million, which it then used to purchase and set up two additional asphalt bitumen plants. Almazbek Duishebaev, the head of the Ministry’s Department for Economic Planning in Public Roads System, confirms: “With the new public procurement system introduced, we were able to generate some quite big savings. For example, we had US$ 9.5 million allocated for the purchase of bulldozers and excavators, bought these for US$ 7.1 million, and thus saved US$ 2.4 million, which we used to buy additional equipment. The efficiency gains are obvious.”

The successful implementation of the public procurement reforms depends, among other things, on whether state and municipal workers know how to apply the new rules on procurement of goods and services. In 2013-2014, the Ministry of Finance’s Training Center, with support from the World Bank, delivered training workshops to 2,500 representatives of hospitals, road maintenance enterprises, city administrations, city departments of education and other organizations that are financed from state and local budgets.

The workshops were held in all regions of the country: participants studied the practical applications of the Law and learned how to make transactions through the e-procurement system. The government’s target is to introduce e-procurement in 700 organizations nationwide by the end of 2015.

" We have completed the first stage of the reforms. These include changes in the legislation - particularly, in the law on public procurement - and also launch of an online bidding system, open for public use. Complex corruption schemes and collusions between suppliers and beneficiaries that exist in the public procurement system are not easy to root out, but… eventually we will eradicate corruption in this system through implementation of modern methods. " 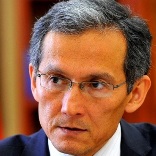 In 2013-2014, the Training Center of the Kyrgyz Ministry of Finance, with support from the World Bank, delivered training workshops to 2,500 representatives of hospitals, road maintenance enterprises, city administrations, city departments of education, and other organizations.

To help the Kyrgyz Republic’s National Chamber of Accounts properly oversee the country’s huge public procurement spending, the World Bank facilitated knowledge exchange between international experts and the Chamber’s auditors. This resulted in the development of an audit methodology that meets international standards and which increases the transparency and accountability of the public procurement process. The methodology was tested through pilot audits in selected public organizations and, upon further refinement, was adopted as a manual for public procurement audit that now guides every state auditor’s work.

“Effective use of public finances in procurement is a very important area for auditing, which until now has lacked serious attention. Due to the absence of clearly defined methods and criteria for evaluation of procurement, public spending control measures had never been implemented. Today, with the new public procurement audit methodology, I think the Chamber of Accounts should be able to do this work properly,” says Elmira Ibraimova, Chairwoman of the Chamber.

Government authorities expect that the essential part of the public procurement reform process will be completed by the end of 2015. The commitment and the political will are there to pursue the reforms needed to make public procurement fair, transparent and efficient – for the benefit of improved service delivery, and ultimately the country’s citizens.

“We have completed the first stage of the reforms,” said Djoomart Otorbayev, the Kyrgyz Republic’s Prime Minister in 03/2014-04/2015. “These include changes in the legislation -- particularly, in the law on public procurement -- and also launch of an online bidding system, open for public use. Complex corruption schemes and collusions between suppliers and beneficiaries that exist in the public procurement system are not easy to root out, but… eventually we will eradicate corruption in this system through implementation of modern methods.”