February 13, 2013
In an attempt to curb the high number of deaths of women had no choice but to give birth without access to affordable health facilities, Zimbabwe Health Results-Based Financing project provides grants to local hospitals and clinics that remove user-fees on maternal and child health services. As of August 31, 2012, 212,602 children were immunized, 135,921 pregnant women had received antenatal care during a visit to a health provider, and 58 percent of births in participating districts were attended by skilled health personnel in a health institution.

In 2006, women giving birth in Zimbabwe were often unable to afford access to a rural health center that cost US$30 or a US$200 hospital visit if complications arose because 72% of Zimbabweans live on less than US$1.25 a day. In the wake of the economic collapse of the 2000s, such fees were instituted by health care centers as a coping mechanism to support their own perseverance. Most residents in the area of Chiparawe are subsistence farmers without money for healthcare. As a result, many women in this region died of post-partum bleeding after unattended deliveries, often within the homestead. Underfunded health care clinics and hospitals exhibited broken windows, leaky roofs, faulty toilets, and a lack of power, all of which decreased the efficiency of the facility and the performance of its staff.

Zimbabwe Health Results-Based Financing draws upon a US$15 million grant from the World Bank’s multi-donor Health Results Innovation Trust Fund to provide performance-based subsidies to rural health clinics and hospitals that provide a package of free health care services to pregnant women and young children. Performance-based subsidies are provided based on the quality and quantity of care provided, resulting in the fees of 16 services in clinics and five services in hospitals to be waived. Health care providers benefit dramatically from such a scheme because they are empowered to conduct local-level planning when deciding how to use their subsidies. Many subsidies have been used to renovate outdated buildings with new windows, roofs, water tanks, solar panels, and generators, as well as new equipment in cleaner delivery rooms. Nurses report being more motivated to provide better services due to their improved working environment. Zimbabwe’s Ministry of Health and Child Welfare (MHCW) provided technical and policy guidance to support the project.

The Health Results Innovation Trust Fund supports results-based financing (RBF) approaches to achieve the health-related Millennium Development Goals (MDGs). Current donors include the Governments of Norway and the United Kingdom. As of August 2012, US$6.6 million of the program’s US$15 million had been disbursed. The International Development Association (IDA) provides support and supervision within the World Bank’s operational framework.

The Catholic Organisation for Relief & Development Aid (Cordaid) ) a development organization based in the Netherlands, handled the disbursement of funds, working closely with the Zimbabwe Ministry of Health and Child Welfare, which provided guidance. This partnership was able to scale up interventions from the initial two pilot districts to engage 18 rural districts, home to 387 health facilities and 32 hospitals by March 2012.

The success of the RBF supply-side intervention in the 18 rural districts has led to efforts to replicate the model by the government and other development partners in rural districts of the country using alternate sources of funding. The task team is exploring additional funding from trust funds to continue to consolidate the gains already achieved, as well as focuses on improving the quality of the supply side interventions and to cover other vulnerable populations in low-income urban districts. The government committed its own resources to co-fund the RBF program in 2013—a sign of ownership to the approach.

Teclar Gohori, a resident of Chiparawe, Zimbabwe, learned she was unable to afford a hospital birth when she became pregnant, a troubling fact considering the number of stories she had heard of women dying during childbirth.

“I had no cash to go to the clinic,” Gohori said. “It was emotionally very painful not to have what you were supposed to have for you to deliver at an institutional setup of a hospital.”

For her second child, she received free treatment at the local clinic, and when the nurses found that the baby was in breech position, she was transferred to the Marondera Provincial Hospital free of charge.

“Not many children are dying anymore,” Gohori said. “I would like to thank RBF.” 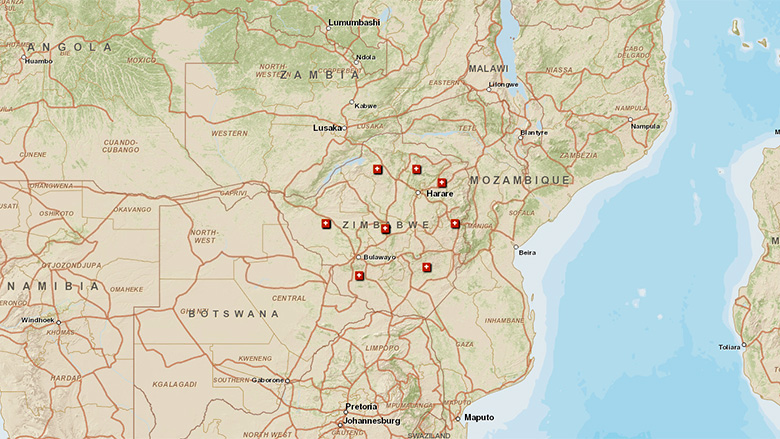