Bringing Kazakh Drylands Back to Life 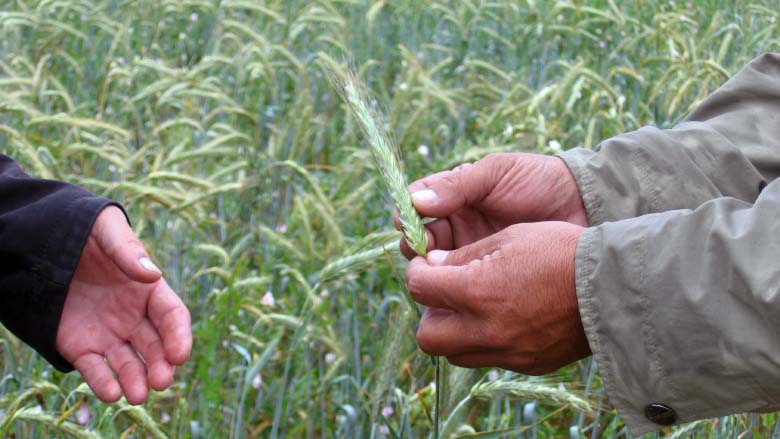 The Drylands Management Project in Kazakhstan marks the beginning of a new phase to bring the drylands back to life for development and growth.

Drylands—an ecosystem characterized by lack of water, which limits the production of crops, forage and wood.

Many people living in Kazakh drylands struggle to sustain their livelihoods. Growing crops and grazing cattle in this difficult environment is a major challenge. In the previous decades, over 86% of Kazakhstan's drylands territory was largely transformed by human activities. And 3.5 million people—half of Kazakhstan's drylands inhabitants—are poor and marginalized.

Is it possible to revive these lands and bring back life and prosperity? Can Kazakhstan, a country known by its wheat, cattle, and oil as well as huge areas of drylands, set an example?

In the 1950s, the country's drylands ecosystem was considered sustainable. Over the years, however, 35 million hectares of virgin and fallow lands were ploughed and used for agriculture. As a result, the soil lost over 30% of humus—a conditioner which helps the soil retain water and nutrients—and the ecological balance became increasingly disturbed.

As the soil degraded, more fertilizers were needed for the land to yield crops, so more land was ploughed. When state support for grain production ended, it became obvious the land could no longer sustain wheat production without a huge infusion of funds.

" In 1995, when reforms were launched in agricultural sector, I established a small farm to produce cereals but stopped after 2 unsuccessful years. It made no sense to continue. The yield was no more than 300 kilograms per hectare. " 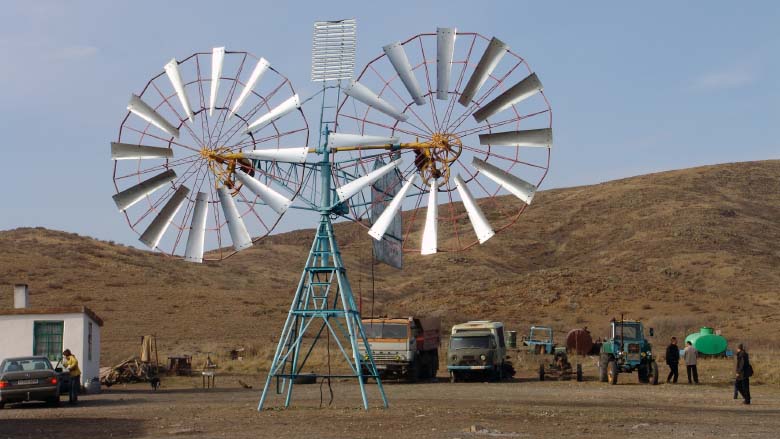 Windmills and solar batteries installed at encampments on remote pastures bring more water, light and heating for herders and their livestock.

"In 1995, when reforms were launched in agricultural sector, I established a small farm to produce cereals but stopped after 2 unsuccessful years. It made no sense to continue. The yield was no more than 300 kilograms per hectare," says farmer Aslan Kudaibergenov about his experience of trying to produce grain at a loss.

Grazing cattle also became a problem. After collective farms ceased to exist, irrigation and soil rehabilitation stopped, too. Tanker trucks no longer delivered water to faraway pastures. The ground and water sources dried up, and grazing livestock trampled the earth into dust. Herders then grazed their cattle close by their settlements, soon overcrowding pastures and depleting them.

By 2004, the soil was so degraded that the situation became critical for farmers living in Karaganda oblast. That is when the Government of Kazakhstan and the World Bank joined forces with the Global Environmental Facility (GEF) and launched the US$9.7 million Drylands Management Project. 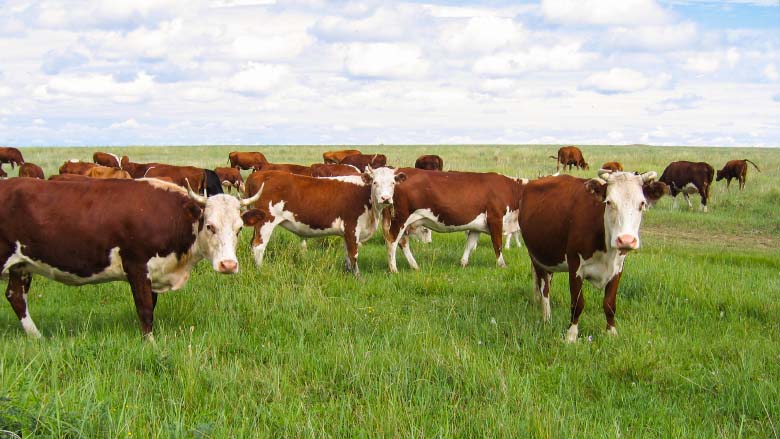 Over the last four years, farmers were able to generate more income for themselves and their families thanks to the more fertile pastures, which can now feed more livestock.

The project aimed to test the viability on people, the economy and the environment of shifting from growing cereals to raising livestock. Stopping soil degradation was critical. Rehabilitating abandoned lands and introducing sustainable land cultivation systems were priorities. Shetskiy region of Karaganda oblast—the pilot area of the project—had 19,500 people living in drylands totaling almost 66,000 square kilometers including 20,000 hectares of abandoned cereal lands.

During the life of the project, over 35,000 hectares of land were restored and now grow perennial fodder crops. Thanks to the public awareness campaign launched by the Government, many farmers are planting grasses on their own. Their incomes have increased because they can graze more livestock, thanks to more fertile lands and by extending their grazing territory to remote pastures where windmills and solar batteries insure water, light and heating at encampments. Thanks to the project, farmers in the pilot area have formed an association, Olzha-9, and jointly plant crops, raise cattle and sell milk. They have also opened a training center where they can share their experiences. 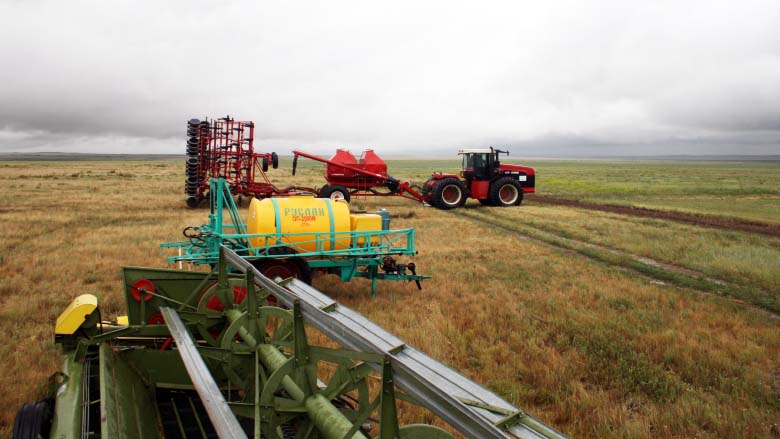 During the life of the project, over 35,000 hectares of land were restored and now grow perennial fodder crops.

" We use the revived fields for cattle grazing and hay. The project gave us a 'fishing rod,' and we now can grow perennials, increase the number of cattle and increase our own income. "

After the project closed, the association has begun establishing a dairy farm with more than 100 cows of a breed, which adapted to life on the steppe. The farmers plan to double the quantity of cows they own and milk. Calves and milk are already selling at a good price.

"I am sure it is not the end of the project, but the beginning of future development and growth. The long lasting effect of the project is the result of the enthusiasm of all partners. My wish to the farmers who continue the business of reviving agriculture in the drylands of Shetskiy region would be to remember that they are also doing it for other drylands inhabitants across the country," notes Michael Carroll, World Bank project manager.

The success of the project has been inspiring and the Government is now discussing the possibility to expand the experience and knowledge gained to improve livestock production and overall livelihoods of rural population in the other drylands territories of Kazakhstan.

Over 35,000
hectares of land were restored and now grow crops.