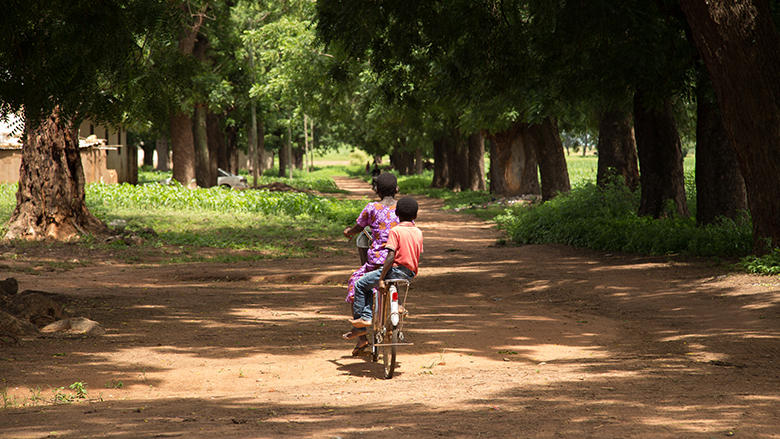 What is the International Poverty Line, and based on this measure, how many people are living in extreme poverty in the world?

The International Poverty Line is set at $1.90 per person per day, using 2011 Purchasing Power Parity (PPP) conversion factors. Global poverty in 2015 declined to 10 percent of the world’s population, with around 736 million people globally living under this line (based on the latest available data). Over the course of a quarter-century, more than 1.1 billion people (in net terms) have improved their standards of living sufficiently to escape extreme poverty.

How does the regional profile of poverty look?

The Middle East and North Africa (MENA) region saw an increase in extreme poverty rates, even though poverty is comparatively much lower in the region. The share of the population in extreme poverty in MENA increased to 5 percent in 2015, up from 2.7 percent in 2013, while the number of poor rose from 9.5 million in 2013 to 18.7 million in 2015. Fragility and conflict in the region – particularly in Syria and Yemen – are hurting livelihoods and causing the recent spike in poverty.

Which countries have the most poor people?

The most populous countries in South Asia (India and Bangladesh) and Sub-Saharan Africa (Nigeria, Ethiopia, and Democratic Republic of Congo) have the greatest number of extreme poor. India, with over 170 million poor people in 2015, has the highest number of poor people and accounts for nearly a quarter of global poverty. In the South Asia region, 4 in 5 extreme poor reside in India. With a poverty rate of 13.4 percent, India’s large population of 1.3 billion results in a high absolute number of poor.

However, India’s placement as the country with the most poor people in the world is likely to change in the near future. In fact, projections indicate that Nigeria may already have overtaken India. The uncertainty about whether Nigeria or India is currently the country with the most poor people is due in part to the fact that the countries are very near a crossing point (either having recently switched or being on the verge of switching). But the uncertainty about when they have or will switch also reflects a series of difficult measurement issues related to global poverty counts. For more individual country poverty data, you can visit povertydata.worldbank.org.

The global poverty estimates are based on household surveys from 164 different countries, and these surveys are carried out independently, typically by national statistical offices or national planning ministries. Most countries implement household surveys, which are complex and lengthy, about every three to five years. In addition, it takes time to gather, process, and analyze the data. Due to the infrequency and time lags, 2015 is the most recent year for which there is sufficient data to estimate poverty at a global level.

Given these gaps and the fact that extreme poverty does not generally change much from year to year, the World Bank Group produces global poverty estimates every two years. The next estimates will come out in fall 2020, when we will report for 2017.

Given the data gaps discussed above, we can make some assumptions on the relationship between economic growth and population projections to forecast the extreme poverty rate in 2018. We assume that only a fraction of a country’s GDP per capita growth filters down to a household’s welfare. We also assume that a country’s inequality remains unchanged between 2015 and 2018. Based on these assumptions, we estimate that the global poverty rate should be around 8.6 percent in 2018, a drop of 1.4 percentage points from 2015. This means that the World Bank’s 2020 interim target of reducing extreme poverty to below 9 percent probably has already been achieved.

In 2015, the World Bank forecast that the extreme poverty rate for 2015 would be 9.6 percent. Why are you giving a different number now?

The number given in 2015 was a forecast based on assumptions. Now, with much more data, we estimate that the rate was 10.0 percent.

The discrepancy between the 2013 numbers in the 2016 report and the current numbers is due to regular updates that reflect new household surveys. When a new survey is obtained for any country, the estimates change to reflect the additional information.

Are we on track to ending extreme poverty by 2030?

In the last few years, the pace of poverty reduction has slowed. From 2013 to 2015, poverty declined by 0.6 percentage points per year, slower than the 25-year average decline of a percentage point per year. And the 2018 forecast of 8.6 percent suggests that the rate of poverty reduction has further slowed to less than half a point per year between 2015 and 2018. Projecting global poverty to 2030 is more challenging, but it is possible to consider how global poverty may evolve under different scenarios. Scenarios with varying levels of growth are applied to project reductions in poverty. The scenarios showed that for the world to achieve the goal of ending extreme poverty by 2030 require the incomes of the bottom 40 to grow at 8 percent or more annually. With current growth rates, the scenarios peg the extreme poverty rate to be above 5 percent by 2030.

Progress has been uneven across regions as well as in countries. The two regions with the most poor people in 1990 were East Asia and Pacific and South Asia, accounting for 80 percent of the extreme poor. With China’s rapid reduction of poverty, the concentration of the global poor shifted from East Asia in 1990s to South Asia in 2002, and then to Sub-Saharan Africa in 2010. In South Asia, both the poverty rate and the number of poor people have been steadily declining, but given the sheer size of the populations, the region’s contribution to global poverty continues to be high. This is in contrast to Sub-Saharan Africa, where the total number of poor people has been increasing, essentially shifting the concentration of poverty from South Asia to Sub-Saharan Africa. In 2030, forecasts suggest that nearly 9 in 10 of the extreme poor will live in Sub-Saharan Africa. Additionally, the slowdown in poverty reduction between 2013 and 2015 reflects, in part, the sluggish economic growth and low commodity prices that hindered many developing economies over that period.

Also, of the 164 countries for which the World Bank monitors poverty, more than half – 84 countries – have already reached levels below 3 percent as of 2015. This success is also part of the reason why the world is now starting to experience a slowdown in the rate of poverty reduction. There are now fewer countries than before with large populations of poor people. As extreme poverty becomes increasingly concentrated, significant progress in reducing the global poverty count will only occur if progress is made in those countries where poverty is greatest.

If the goal is a world free of poverty, why is progress monitored toward 3 percent and not zero?

The 3 percent target comes from both empirical and conceptual considerations. Poverty in some countries remains deep, entrenched, and widespread, and when the target was initially set, 3 percent was considered ambitious but feasible. Conceptually, though, there is also an important reason for setting the target at some level greater than zero. The purpose of a target is to assist in efforts to attain goals. For targets to help, though, they need to be credibly measured and monitored. As countries make progress toward eliminating extreme poverty, the accuracy with which relatively small samples from a large population can measure the increasingly lower rates deteriorates. At the extreme, sample surveys essentially cannot credibly measure a poverty rate of zero. In part for this reason, progress is monitored toward 3 percent, which can be credibly measured and is also an ambitious goal.

How do you come up with a global poverty line?

We start with national poverty lines, which usually reflect the amount of money needed to meet a person’s minimum nutritional, clothing, and shelter needs in that country.

When we want to identify how many people in the world live in extreme poverty, however, we cannot simply add up the national poverty rates of each country, because this would mean using a different yardstick to identify who is poor in each country. We therefore need a poverty line that measures poverty in all countries by the same standard.

In 1990, the World Bank proposed to measure the world’s poor using the standards of the poorest countries in the world.  They examined national poverty lines from some of the poorest countries and converted the lines to a common currency by using purchasing power parity (PPP) exchange rates. The PPP exchange rates are constructed to ensure that the same quantity of goods and services are priced equivalently across countries. Once converted into a common currency, they found that in six of these very poor countries the value of the national poverty line was about $1 per day per person, and this formed the basis for the first international poverty line.

And again in 2015, we used the poverty lines of those same 15 poorest countries from 2005 (holding steady the yardstick against which we measure) to determine the global poverty line of $1.90 in 2011 PPP.

What is purchasing power parity (PPP), and how is it determined?

PPP allows us to put each country’s income and consumption data in globally comparable terms. The PPP is computed on the basis of price data from across the world, and the responsibility for determining a particular year’s PPP rests with the International Comparison Program, an independent statistical program with a global office housed at the World Bank.