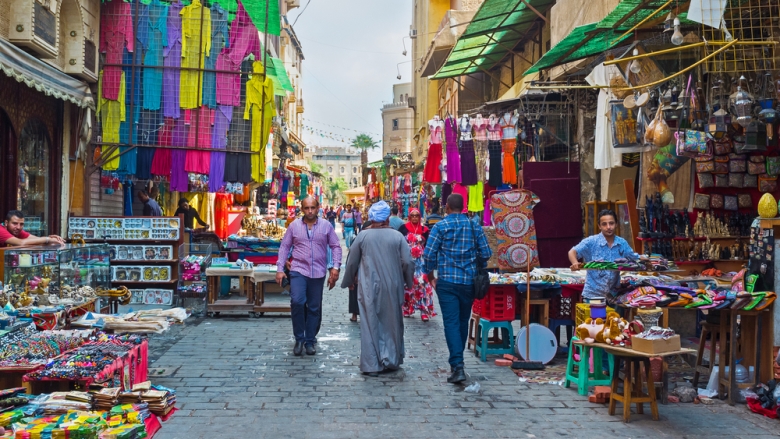 Recent developments: Growth in the Middle East and North Africa region has been held back by oil production cuts, fiscal consolidation, and regional conflicts. Under an agreement among members of the Organization of the Petroleum Exporting Countries (OPEC), oil production cuts in the first quarter of the year amounted to a reduction of more than 1 million barrels of oil a day among the top five producers of the region: Iraq, the Islamic Republic of Iran, Kuwait, Saudi Arabia, and the United Arab Emirates. The largest cuts were implemented by Saudi Arabia and compliance with the terms of the accord has been higher than expected.

Members of the Gulf Cooperation Council (Bahrain, Kuwait, Oman, Qatar, Saudi Arabia, and the United Arab Emirates) have embarked on programs to diversify from oil-oriented production. In some non-GCC oil exporters, growth was stronger, such in as in the Islamic Republic of Iran, where the lifting of nuclear sanctions in 2016 provided impetus.

Egypt, the largest oil-importing economy in the region, has been adjusting to a flexible exchange rate since late 2016, contributing to improving exports and industrial production in the beginning of the year. Inflation has picked up sharply in Egypt. Food price pressures have been a part of rising inflation in Algeria and the Islamic Republic of Iran.

Outlook: Growth in the Middle East and North Africa region is projected to fall to 2.1 percent in 2017 as the adverse impact of OPEC production cuts on oil exporters outweighs modestly improving conditions in oil importers. Growth is expected to pick up to 2.9 percent in 2018, assuming a moderation of geopolitical tensions and an increase in oil prices.

Growth in Saudi Arabia, the largest economy in the region, is anticipated to ease to 0.6 percent as a result of the production cuts, before accelerating to a 2 percent pace in 2018. The Islamic Republic of Iranis seen slowing to a 4 percent rate before accelerating modestly to a 4.1 percent pace in 2018 as limited spare capacity in oil production and difficulty in accessing finance weigh on the country’s growth. Algeria’s economy is expected to slow to 1.8 percent amid fiscal consolidation and weaker hydrocarbon sector growth.

Risks: The regional growth outlook faces risks from geopolitical conflict, a less-than-expected rise in oil prices, and political and social obstacles to growth-inducing reforms. Security tensions and conflict in Iraq and the Syrian Arab Republic are serious hindrances. Conflict has led to destruction, displacement and famine in the Republic of Yemen. Although sovereign risk has been declining among members of the GCC, conflict-driven uncertainty is a vulnerability for this group.

A less-than-expected increase in oil prices – whether due to increased U.S. shale oil production or weaker compliance with OPEC production cuts -- would reduce fiscal space in oil exporters and weigh on confidence.

In addition, political and social obstacles could lead to the reversal of economic reforms and prolonged periods of adjustment.