Semi-annual report of the Latin America and Caribbean region: "The Cost of Staying Healthy" 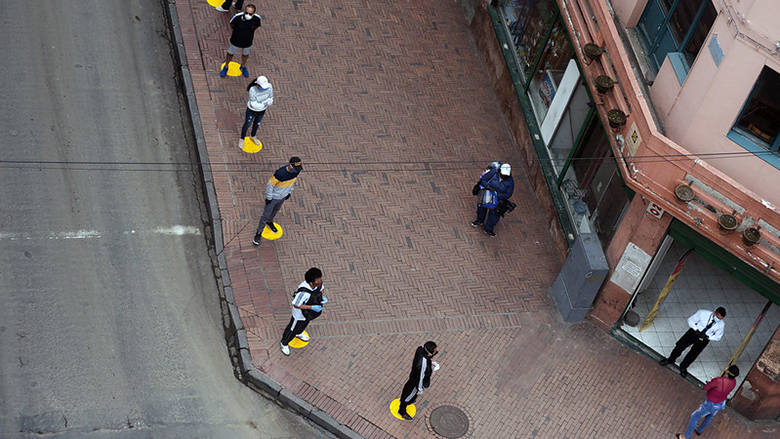 The World Bank's semi-annual report entitled “The Cost of Staying Healthy” by the LAC Chief Economist Office, analyzes the economic impact of the COVID-19 pandemic in the region and the need to improve the coverage and quality of health care systems.

Latin America and the Caribbean is the region hardest hit by the COVID-19 pandemic, suffering lower foreign demand, increased economic uncertainty, a collapse of tourism and the consequences of months under lockdown to try to contain the spread of the disease.

Governments should focus on better coverage and quality of health care systems, including affordable pharmaceuticals, to combat the COVID-19 pandemic.

High spending on emergency social transfers are needed, but countries must find ways back to fiscal consolidation in the future.

- Gross Domestic Product (GDP) in the Latin America and Caribbean region (excluding Venezuela) is expected to decline 7,9% in 2020. A return to growth of 4% is expected in 2021.

- Formality should be encouraged, and comprehensive population registries are needed for social transfers to reach many of those who live from hand to mouth.

- Global trade in goods is returning to pre-crisis levels and commodity prices have held relatively well.

- After a sharp initial decline, remittances are generally higher than a year earlier.

- The stimulus packages set up by several governments in the region were remarkably strong, despite the fiscal constraints, and much of the additional resources went to social transfers.