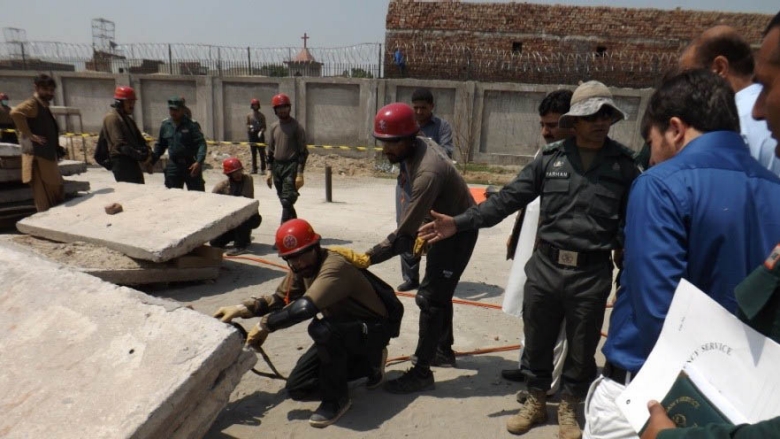 Since the 2005 Pakistan earthquake, which led to nearly 73,000 deaths and caused damages to over 570,000 houses, the Bank has been supporting the Government of Pakistan to shift from a response-based to a more pro-active risk management approach.

The urgency and importance to address Disaster Risk Management (DRM) holistically was further highlighted in the aftermath of the unprecedented 2010 floods, which affected over 20 million people and almost 20% of the total landmass of the country.

Initially, the Bank provided technical assistance to the government to highlight physical and fiscal risks from hazards. This included undertaking risk assessments for federal and provincial capitals, as well as a national-level fiscal disaster risk assessment report. In parallel, the Bank also used grant resources to build the capacity of Provincial Disaster Management Authority Balochistan, through the Balochistan Disaster Management Fund.

Following the floods of 2014 and at the request of Government of Pakistan, the Bank prepared the $125 million IDA-funded Disaster and Climate Resilience Improvement Project to support restoration of flood protection infrastructure and strengthen government capacity to manage disasters and climate variability in Punjab and Northern Districts.

In 2016, the Bank also prepared and delivered the $120 million IDA-funded Sindh Resilience Project to mitigate flood and drought risks in selected areas, and strengthen Government of Sindh's capacity to manage natural disasters. The Bank also continues to provide technical assistance to the government on the design of a potential hydro-meteorological operation aimed to improve early warning, weather, climate and hydrological information in the country.

Further, as part of ongoing technical assistance, the Bank is engaged with federal and provincial governments to enhance fiscal resilience to disaster shocks through the development of a national and provincial disaster risk financing strategies, respectively.

The US$ 125 million IDA-funded project aims to support restoration of flood protection infrastructure and strengthen government capacity to manage disasters and climate variability. Direct beneficiaries of the project include the population of Punjab and the State affected by the 2014 floods and exposed to recurrent flooding in Chenab, Jhelum and Indus rivers, where flood protection infrastructure will be restored to resilient standards. In addition to providing institutional strengthening support to the disaster management authorities in Punjab and northern districts, the project also aims to increase Punjab’s fiscal resilience to shocks from natural disasters. This includes preparation of a Punjab Disaster Risk Financing Strategy, operationalizing the Punjab Disaster Management Fund and develop a standard emergency cash transfer system as part of putting in place a broader disaster recovery framework. The project is being implemented by Provincial Disaster Management Authority Punjab, the Punjab Irrigation Department and the Planning and Development Department of the State.

The US$ 120 million IDA-funded project focuses on improving institutional capacities, performance, and preparedness at key agencies responsible for managing disaster risk in Sindh. The project will contribute towards enhancing resilience to hydro-meteorological disasters including floods and drought through physical infrastructure investments. In addition to strengthening operational systems and capacities at provincial and district levels for key DRM institutions, the project will also support the province of Sindh to develop greater fiscal resilience through strengthening financial capacity and risk financing mechanisms, and mainstream disaster risk reduction in development planning and budgeting processes. The project is being implemented by Sindh Irrigation Department and the Provincial Disaster Management Authority Sindh.

Through funds provided by the EU-South Asia Capacity Building for Disaster Risk Management Program, and administered by the Global Facility for Disaster Reduction and Recovery (GFDRR), the Bank is providing technical assistance to the Government of Pakistan in the areas of hydro-meteorology and climate services improvement and building institutional capacities of disaster management authorities at the national and provincial levels.

The US$ 5 million project was financed through the Multi-donor Trust Fund for Khyber Pakhtunkhwa, FATA and Balochistan. The project’s objective was to increase the Provincial Disaster Management Authority of Balochistan’s capacity to prepare for and response to disasters. The project involved institutional strengthening through development of systems, plans and operating procedures in addition to improving technical skills and knowledge. The project also supported the government in identifying multi-hazard risk to the provincial capital, Quetta, and established a program for Community based Disaster Risk Management (CBDRM). The project closed in June 2016 with a Satisfactory rating. 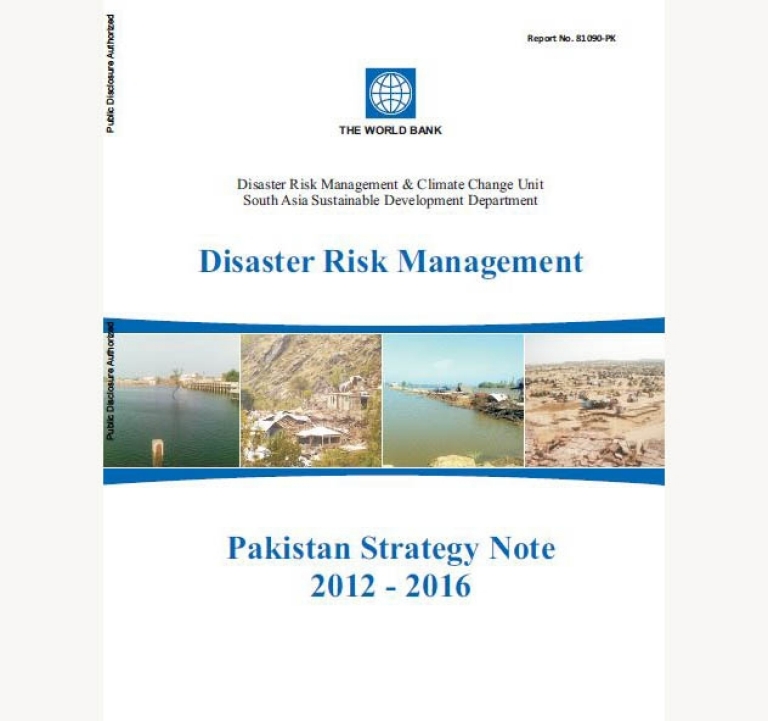