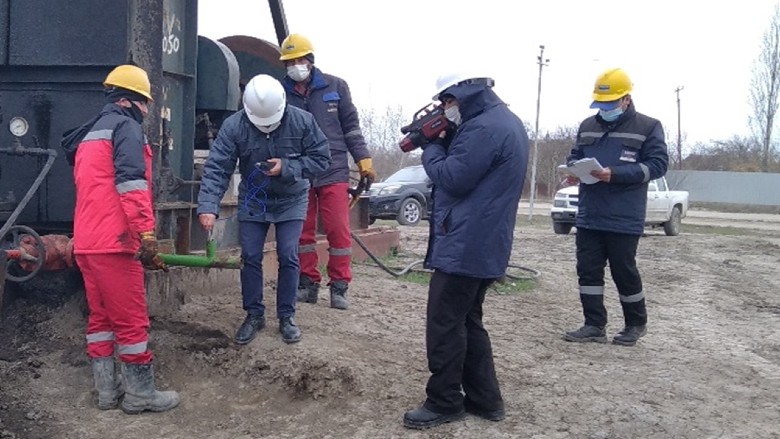 Azerbaijan has steadily curtailed the polluting practice of gas flaring – from 333 million cubic meters (mcm) per year in 2012 to 135 per year in 2020, according to satellite-based estimates made by GGFR. Meanwhile, its flaring intensity, the amount of flaring per barrel of oil produced, has also declined over time–speaking to the efficiency with which associated gas is utilized.

This progress reflects the State Oil Company of Azerbaijan Republic's (SOCAR) continuing commitment to the internationally-recognized goal of Zero Routine Flaring by 2030 and its approach to treating associated gas as a resource to be conserved and environmental issue, not a useless by-product of oil production. SOCAR's initial "gas emissions reduction plan " has been extended and expanded through 2022, with projects carried out to capture and utilize associated gas that would otherwise be flared. With help from GGFR, SOCAR has also developed new techniques for calculating gas flows and harmful substances emitted into the atmosphere.

In the initial stage of SOCAR's associated gas emission reduction plan, from 2011 to 2016, SOCAR  carried out large-scale ecological projects with BP to collect associated gas in the "Gunashli" and "Oil Rocks" fields of the "Azneft" Production Union, as well as the Azeri-Chirag-Guneshli field. Emissions were reduced to zero in three major oil fields last year. In the case of a gas flaring reduction project in the Azeri-Chirag-Guneshli field, the volume of gas recovered for energy use increased by around a fourth, from 1.5-1.6 mcm per day in 2011 to 1.9-2.0 mcm per day in 2016. As a result of the ecological cooperation between SOCAR and BP, approximately 265,000 tons of CO2 emissions are now mitigated each year. 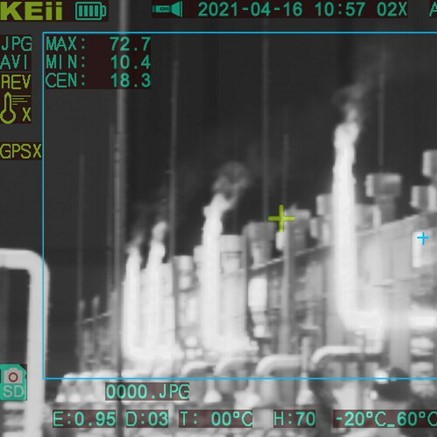 Gas leaking view from infrared gas detection camera "Keii GEL1000".
SOCAR is using this natural gas to boost energy access in Azerbaijan. Through the United Nations' Development Program (UNDP) NAMA project (Nationally Appropriate Mitigation Actions), SOCAR selected the "Zagli-Zeyva" field at "Siyazanneft" OGED as a pilot area in 2018 and carried out joint activities with UNDP to collect associated gas. To reduce gas flared and emissions released into the atmosphere, SOCAR invested in its infrastructure and installed a new compressor and separator, as well as a refrigeration and online control system, at three gas collection points in the area – allowing the capture, storage, and transport of 6.8 mcm of associated gas per year. Through the NAMA project, SOCAR now collects associated gas and transports it for use by local communities living in remote, rural villages. Indeed, over a thousand people across 15 villages have benefitted from natural gas, mostly used to generate electricity in homes. The NAMA project has also addressed existing challenges to improve the energy performance of end-use sectors, namely buildings and transportation.

In total, about 1.4 billion cubic meters (approximately 900,000 tons of methane) of associated gas was collected by SOCAR in 2020, resulting in a reduction in production emissions to 2% of the produced gas in 2020, according to Azneft's 2020 Annual Report. Additionally, changes in the way some oilfields are being produced has also played a vital role in the substantial reduction of associated gas emissions. To reduce the risk of gas leaking into the atmosphere, oil wells  now use submersible pumps in place of gas-lift to maintain production.

The Vice President of SOCAR, Ms. Rafiga Huseyn-zade, said: "Nowadays, SOCAR is continuously applying the most advanced environmental measures and solutions to reduce the intensity of gases released into the atmosphere. SOCAR has already managed to reduce its associated gas emissions to 2% and aims to reduce to zero by 2022. As a result of this work, SOCAR will become one of the first oil and gas companies in the world to achieve this milestone. SOCAR has already taken a number of serious steps towards the Net Zero emissions. As a continuation of this work, SOCAR is moving towards switching to "green energy" in the future and giving preference to the use of hydrogen energy."

Reflecting on the progress made so far, GGFR Program Manager Zubin Bamji said, "Globally, gas flaring results in about 400 million tons of CO2 equivalent emissions annually. It’s a polluting practice that needs to end, and oil-importing countries are beginning to recognize they have an opportunity to ensure that the oil they buy comes from producers that are incorporating the highest environmental standards possible. They have an influential role to play in decarbonizing the energy sector. Countries actively reducing flaring and venting, like Azerbaijan, will likely be more attractive sources of energy, so it's encouraging to see SOCAR acting on its commitment to end routine flaring."