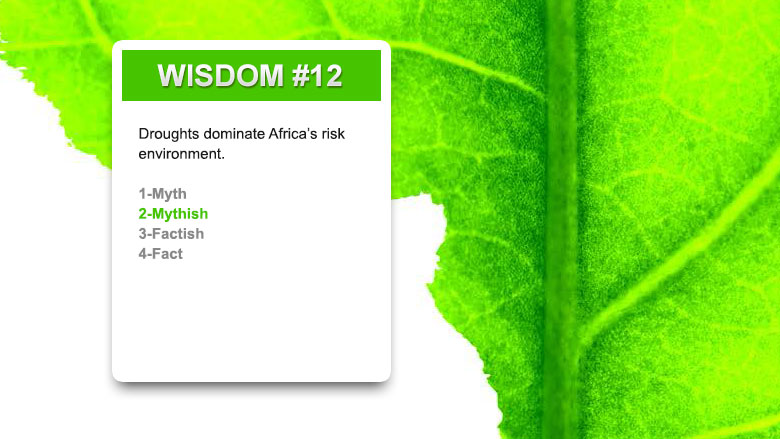 Everyday life in Sub-Saharan Africa carries considerable risk, which often is linked to extreme weather, such as drought. But households also face price shocks—increases in food prices or input prices, or falls in output prices. Illness or death in the household is also frequently reported by rich and poor households alike. And Africa is changing. Climatic conditions are changing, and so too are markets, asset holdings, and livelihoods.  In dealing with shocks, households commonly rely on informal transfers, reductions in household expenditures, and even asset sales. These mechanisms can be ineffective and costly. This study explores whether drought is indeed still the dominant risk faced by households, and how households cope with shocks today.

The study draws on the World Bank’s Living Standards Measurement Study–Integrated Surveys on Agriculture, which have been fielded in six Sub-Saharan African countries: Uganda, Ethiopia, Nigeria, Niger, Malawi, and Tanzania. These are standard household surveys that include modules on the shocks experienced, negative consequences of the shocks (loss of assets, income, food production, and food stocks), as well as the coping mechanisms that households adopt in the wake of an income shock. Most of the surveys are available for one year (one wave or round) only. For some countries (Uganda and Nigeria), the study was able to utilize pooled data across years. 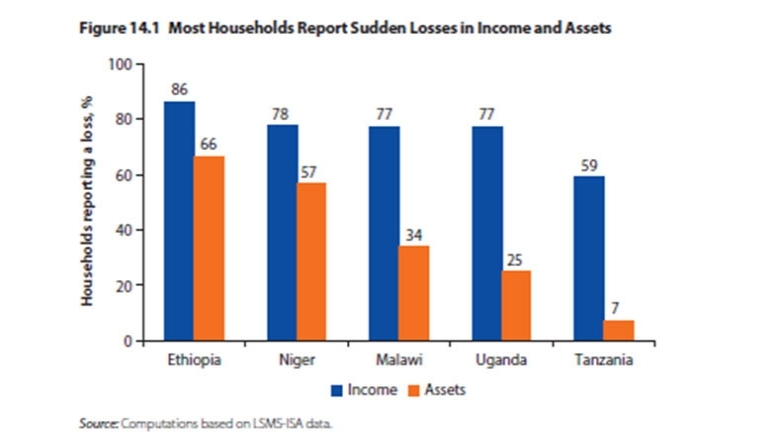 How Households Cope with the Shocks They Experience: