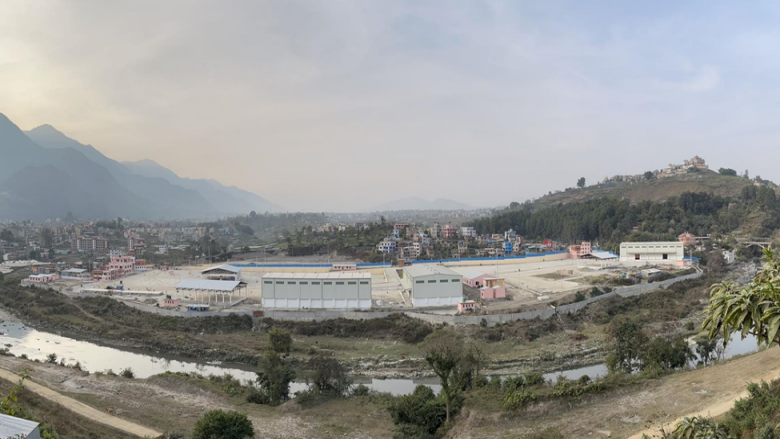 The World Bank Board of Executive Directors on January 25, 2022, approved an Inspection Panel recommendation not to investigate the Nepal-India Regional Trade and Transport Project in Nepal.

The Request for Inspection of the project was submitted on April 25, 2020, by nine community members from the Kirtipur Municipality in the Kathmandu Valley in Nepal. On May 21, 2020, the Panel received the signature of an additional Requester as well as a letter authorizing another individual to represent the Requesters during the Panel process. The Requesters and their representative asked the Panel to keep their identities confidential.

The Requesters claimed to be adversely affected by the municipality’s Chobhar dry port, one of the subcomponents of the project whose development objective is to “decrease transport time and logistics costs for bilateral trade between Nepal and India and transit trade along the Kathmandu-Kolkata corridor for the benefit of traders by reducing key infrastructure bottlenecks in Nepal ….”

Specifically, the Requesters alleged non-compliance with the World Bank’s policies on Involuntary Resettlement, Indigenous Peoples, Physical Cultural Resources and Environmental Assessment. They argued that the project failed to address historical land claims, pollution and labor concerns relating to a cement factory that used to be located at the site of the dry port. According to the Request, the dry port will have environmental and social impact on neighboring communities, including the Newar. The Request claimed that the project did not identify them as indigenous, thus infringing indigenous peoples’ rights. The Requesters argued the project will also damage Chobhar’s historical, religious and cultural heritage. Furthermore, they alleged a lack of effective consultation, disclosure of information and grievance redress. They also raised concerns about the deployment of armed police forces at the construction site against community members opposing the project.

In its response, management stated that several allegations of harm raised in the Request were historical grievances that relate to activities that took place five decades ago and stemmed from past impacts of the construction and operation of the cement factory. According to management, these alleged harms have no relation to the Bank or the project. Management also explained that while it understands the Requesters’ concerns regarding potential environmental, cultural, health and safety impact, all impact has been carefully studied in the project’s safeguard documents.

After initially trying to conduct its eligibility review virtually due to COVID-19-related travel restrictions, the Panel noted the complexity of the case and the need to conduct a field visit to be able to make its recommendation on whether to investigate the project to the Board. As such, the Panel requested a postponement of its recommendation until four weeks from the date that Bank missions to Nepal were reauthorized and national travel restrictions that would inhibit the Panel team from visiting the project area had been lifted. The Board approved this request on September 22, 2020.

After the COVID-19 situation improved in Nepal and Bank rules allowed the Panel to travel, a Panel team was able to visit Nepal from November 29 to December 5, 2021, to further inform its eligibility assessment. During its visit, the Panel met with the Requesters and their representative, other affected community members, Bank project staff and officials of the Nepalese government.

In its January 10, 2022, Report and Recommendation to the Board, the Panel acknowledged both the serious concerns of the Requesters and weaknesses in the project’s consultation, disclosure and stakeholder engagement processes. However, the Panel stated it did not find sufficient grounds to recommend an investigation. It based that decision on its assessment of the situation and considering (i) the lack of a plausible causal link between the project and the harm alleged in the Request regarding historical grievances relating to land, pollution and labor concerns at the former cement factory, and (ii) the application of Bank policies in relation to the assessment of project impact on cultural assets and indigenous people, as well as to the design and implementation of mitigation and enhancement measures. More