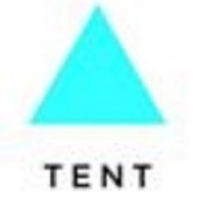 NEW YORK, September 24, 2018 – Twenty companies today announced that they will leverage their core business and social responsibility initiatives to support refugees and host communities in Jordan and around the world, providing a range of opportunities including jobs, training, investments, and new business lines.

The announcements were made at an event hosted by Hamdi Ulukaya, Founder, Chairman, and CEO of Chobani and Founder of the Tent Partnership for Refugees, and Jim Yong Kim, President of the World Bank Group. The announcements highlight the continued resolve of the private sector to support refugees and host communities globally. The companies, including Sodexo, Hilton, Uniqlo, Barilla, Ipsos, and Careem, join the Tent Partnership for Refugees, a coalition of global companies committed to leveraging their core business and social responsibility initiatives to provide support to refugees around the world.

“The global refugee crisis is not something that NGOs and governments can solve on their own.  Now more than ever, we need businesses to step up and act,” said Hamdi Ulukaya, Founder of the Tent Partnership for Refugees. “It’s not a choice, but a responsibility. I’m grateful that Tent is now over 100 companies strong—it’s a clear sign that momentum is growing. But I hope today inspires many more companies to do their part and help give the millions of men, women, and children who’ve lost everything the future they deserve.”

“There are more than 25 million refugees in the world, the majority of whom are now living in low-or middle-income countries,” World Bank Group President Jim Yong Kim said. “These host countries face enormous challenges to meet the pressing needs of refugees while continuing to provide for their own people. I applaud the businesses who have made concrete commitments today to support refugees and their host communities. My hope is that more businesses will be inspired to act and provide the critical support that’s needed to create opportunities for everyone.”

The following companies announced new commitments to support refugees around the world:

Commitments focused on Jordan were also made from the following companies and organizations:

“Since Tent’s inception just under three years ago, we’ve seen an immense amount of interest from businesses to get involved in addressing the global refugee crisis,” said Gideon Maltz, Executive Director of the Tent Partnership for Refugees. “Now more than ever, businesses can and should be stepping up to help refugees. We’re excited to welcome these companies into our growing network.”

For the World Bank Group, these efforts are part of a broader strategy to engage corporate actors and foundations in critical areas of development, such as the forced displacement crisis while promoting entrepreneurship and innovation. In addition to business-to-business matchmaking, the World Bank is also working with numerous partners to help create opportunities for greater investments, while using its policy and sector work to address employment and market development constraints.

These 20 companies join Tent’s global coalition of more than 100 businesses supporting refugees, allowing them the opportunity to access relevant resources and events, and share the impact of their efforts across the Tent network. The full list of Tent members can be found here.

About the Tent Partnership for Refugees

The Tent Partnership for Refugees, founded by Chobani’s Hamdi Ulukaya, is mobilizing the private sector to improve the lives and livelihoods of more than 25 million refugees forcibly displaced from their home countries. Ulukaya launched Tent with the belief that the private sector is uniquely positioned to address the global refugee crisis by mobilizing the networks, resources, innovation, and the entrepreneurial spirit of the business community. There are over 100 companies in the Tent Partnership supporting refugees across 34 countries. The full list of Tent members can be found here.

Tent believes that companies have the greatest impact when they treat refugees not as victims, but as economically-productive workers, suppliers, entrepreneurs, and customers - and when they leverage their core business operations to hire refugees, integrate them into supply chains, invest in refugees, and deliver services to them. Learn more about Tent: https://www.tent.org.

About the World Bank Group

The World Bank Group is one of the world's largest sources of funding and knowledge for developing countries. It comprises five closely associated institutions: the International Bank for Reconstruction and Development (IBRD) and the International Development Association (IDA), which together form the World Bank; the International Finance Corporation (IFC); the Multilateral Investment Guarantee Agency (MIGA); and the International Centre for Settlement of Investment Disputes (ICSID). Each institution plays a distinct role in the mission to fight poverty and improve living standards for people in the developing world. For more information, please visit www.worldbank.org, www.miga.org, and www.ifc.org.