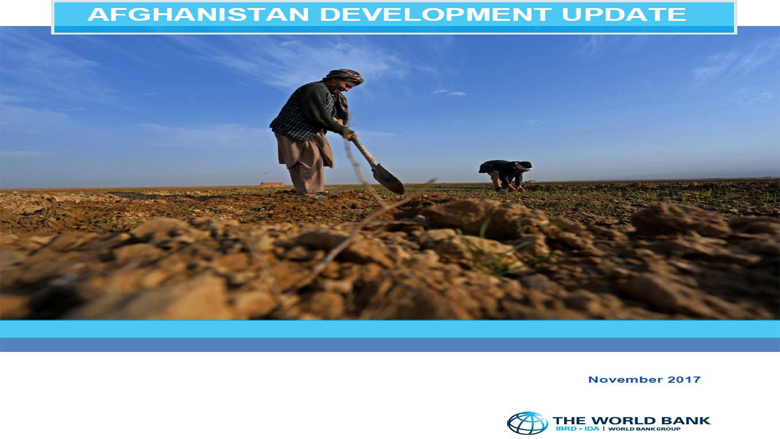 How fast will Afghanistan’s Economy Grow in 2017 and Beyond?

KABUL, November 21, 2017— Afghanistan’s economic growth is projected to increase slightly to 2.6 percent in 2017 from 2.2 percent in 2016 as the country’s deteriorating security weighs on the economy, according to the latest Afghanistan Development Update series released today by the World Bank.

Afghanistan’s security environment is continuing to deteriorate, with the increased crime and conflict holding back business and consumer confidence from recovering fully from the impact of the security transition in 2014 that saw large numbers of foreign troops leave. Economic growth has increased moderately from 2014–2015, when growth was the lowest since 2003.

Proxy data for the first half of 2017, however, indicates that economic activity is continuing to languish, while business sentiment, gauged from the quarterly business perception surveys, has improved slightly between the first and second quarters of 2017, though it remains lower than in the second quarter of 2016.

Because of government’s improved tax administration and better compliance, revenue collection is on track to reach the annual budgeted target. Revenue collection remained strong for the third year in a row, following the abrupt decline in 2014. In the first eight months of 2017, domestic revenues increased by almost 13 percent, year-on-year.

“Deterioration in the security environment has had a direct impact on government efforts to sustain and scale up growth and job opportunities, and deliver much needed public services,” said Shubham Chaudhuri, World Bank Country Director for Afghanistan. “We commend government’s determination to establish stability and peace across the country and sustaining these efforts will very much depend on progress in development. Improving local governance, deepening reforms, building public confidence and fighting corruption are key drivers of sustainable growth and prosperity.”

Growth is projected to edge up to 3.2 percent in 2018, assuming no further deterioration in the security environment. While this constitutes a moderate improvement compared to 2014 and 2015, it is still significantly below the 9.6 percent average annual rate recorded in the period from 2003 to 2012. Weaker domestic demand and subdued investment sentiment, in the context of the increased violence and political uncertainty since 2014, have resulted in the lower growth trajectory.

However, anecdotal evidence indicates that overall confidence is moderately improving, as the uncertainty around the international troop presence in Afghanistan is likely to subside following the announcement of the U.S. strategy for Afghanistan and South Asia. If improvements in security materialize, and with political stability, steady progress on reforms, and with aid flows continuing, at least at current levels, growth is likely to strengthen modestly. Growth could be boosted further in the next two to three years with the right combination of fiscal and policy reforms, including improving budget execution, and reorienting budget expenditures towards labor-intensive and community-based programs that directly reach the population with the greatest needs and with the highest marginal propensity to consume.