Cambodia is on the move

The factory owner’s shipment was stalled again. An official on the border was asking him to redo his export permit because of “mistakes” in the text.

The factory owner knew that redoing the form would entail paying another fee, but he had no choice. His buyers were waiting for their orders to be fulfilled and further delays would endanger the credibility of his business.

He paid the fee, his exports were cleared and he won the respect and endorsement of an important client. That was three years ago, when the factory owner’s firm was the new kid on the block struggling to make a name for itself as one of the few European garment manufacturers in Cambodia.

Today border checkpoints in Cambodia are automated and red tape has been cut. It takes less time and money to move goods to markets.

This cost in time and money is measured by The World Bank Group Logistics Performance Index (LPI). Cambodia’s LPI ranking has risen spectacularly by 46 places, to 83rd out of 160 countries, up from 129th four years ago.

How has Cambodia achieved this impressive turnaround? The key has been significant reforms to facilitating trade.

With the help of World Bank assistance and the EU-financed Trade Development Support Program trust fund, it has automated and streamlined many import/export customs procedures to comply with international standards.

Continued improvements in logistics will pay off as Cambodia moves into full participation in the ASEAN Economic Community (AEC) 2015. Cambodia’s AEC commitments include cross-border trade agreements that facilitate the movement of goods and the automation of border arrangements.

" Cambodia is an export-driven economy, and more exports mean higher growth and income, more jobs, less poverty, better livelihoods and shared prosperity for the Cambodian people. How has Cambodia achieved this impressive turnaround? The key has been significant reforms to facilitating trade.  " 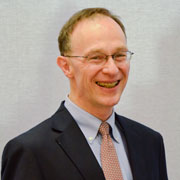 Cambodia’s progress is matched, and more so, by its most important neighbours, Vietnam and Thailand, which are also pushing ahead with logistics reforms. Logistics improvements in all three countries can be expected to greatly increase the sub-region’s trade and economic activity by 2015.

Further improvements are under way, and still more can be done. For example, efforts are now being made to automate the issuance of Certificates of Origin, and to make all rules, regulations and fees available online on a Trade Information Website to improve transparency.

A National Single Window system would also allow traders to conduct all import and export requirements through an online portal.

On the Thai border, most imported goods have to be moved from a Thai truck to a Cambodian one, which increases costs by an estimated $100 per container. Of course, Thai trucks are configured to drive on the left side of the road, posing problems for transit.

However, quotas on truck entry compound the problem, as does the lack of competition in the Cambodian trucking industry.

Recently, some foreign investors have arranged for their trucks to drive directly from the factory in Thailand to the factory in Cambodia, but this arrangement is still unique.

Logistics is one of the four priority areas in Cambodia’s new five-year Rectangular Strategy, and businesses and families begin to see tangible results from increased trade at lower cost.

The signs are that Cambodia is on the move.