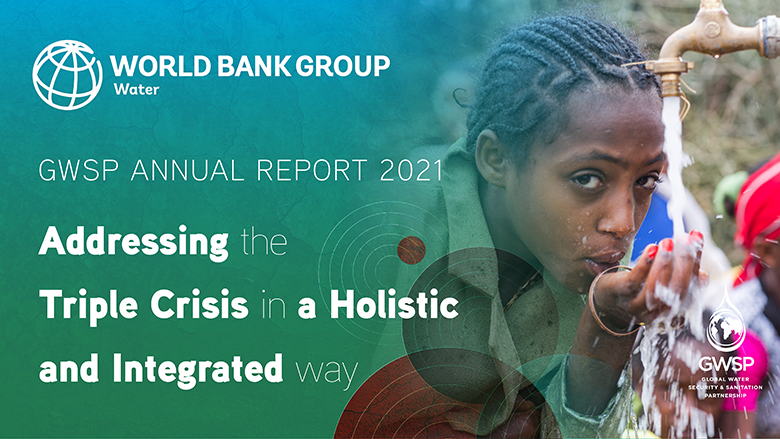 As the world faces a triple crisis of climate change, COVID-19, and lack of progress on the Sustainable Development Goals, the need for global communities and countries to work together for our shared future is more urgent than ever. The GWSP is an action-oriented think tank that works with countries to help them manage their water better for green, resilient, and inclusive development.

At the same time, the effects of climate change are intensifying, wreaking havoc on the world’s water systems as higher temperatures lead to more droughts, floods, and rainfall variability. The situation was further exacerbated in 2020 when COVID-19 hit its peak. Clean water, sanitation, and hygiene are vital for curbing infectious diseases. We need water and sanitation as we work to recover from the significant declines in human health and development resulting from the pandemic. It’s a bleak picture, but not one without hope. There is much being done to tackle the triple crisis, and much more we can still do.

As shown in its latest annual report, available here, the Global Water Security & Sanitation Partnership (GWSP) is making real progress as it works with partners to find solutions and achieve a water-secure world for all. We support countries in delivering water for people, production, and the planet. Some examples of the work we’re doing in partner countries are described below.

Supporting innovative approaches to wastewater in the Dominican Republic

In the Dominican Republic’s province of Espaillat, about 90 percent of the population receive water just two to three days a week. The wastewater collection system has collapsed, and the wastewater treatment plant stopped functioning in 2004 due to lack of maintenance.  Working closely with the government, GWSP helped the government consider innovative methods for collecting and treating wastewater, such as simplified sewerage systems that are built and operated in ongoing consultation with end users. Our technical assistance has encouraged the government to consider nature-based solutions, including constructed wetlands.  We also supported a World Bank public expenditure review of the water supply and sanitation sector, which has guided high-level discussions on policy reforms and directly informed the government’s Water Pact—the official policy document outlining a 15-year vision for the sector.

In Togo, only 51 percent of the population has access to drinking water. And, at a time when the need for good hygiene is more prevalent than ever, just 17 percent of households have a handwashing facility with soap and water. Municipal water services are struggling to keep up with the need for maintenance and demand for services, with only 32 percent of the capital city’s population currently served.  To help address these challenges, the GWSP supported the development of the Togo Strategic Water Diagnostic, a comprehensive analysis of the country’s water, sanitation, and water resources management. The diagnostic has served as a roadmap for the government, leading to concrete policy recommendations to improve the water sector, including an action plan to improve operational and technical efficiency; principles to guide urgent tariff reforms; and broader recommendations on water sector planning and regulation, and sector management in the COVID-19 context.

Big gains in a small city: How the Indian city of  Shimla is bringing water to its people

No major city in India has continuous public water supply. Contamination is common, and up to 70 percent of water distributed is lost before it can reach the end user due to leaks and unauthorized connections.

The GWSP is supporting the World Bank’s partnership with Himachal Pradesh in northern India to put the state on a more water-secure path. The small capital, Shimla, is a popular tourist destination, hosting more than 15 times its population every year. This places a heavy strain on its water supply and sanitation infrastructure, compounded by the high costs of pumping water 1,400 meters up to the mountainous city.

With the GWSP’s technical assistance, the government has set up a fully autonomous water supply and sanitation company for the city. Our focus on increasing efficiency and improving governance has led to considerable progress: the city has greatly improved its water quality; transmission losses have been reduced by 20 percent and the supply of water has increased by 25 percent; and sewage collection has risen by 200 percent. Shimla now receives an assured two to three hours of water supply daily, with the company aiming to roll out continuous water supply across the city in the near future.

The agricultural sector in Cameroon employs 70 percent of the country’s workforce and provides 42 percent of its GDP. But farmers are struggling. Soil fertility is dropping, water is managed poorly, and old-school farming techniques are holding back productivity. These challenges are exacerbated by the effects of climate change, perhaps most clearly seen in Lake Chad’s vanishing surface water, which has decreased by as much as 95 percent in the past 60 years.

The GWSP is supporting the World Bank’s work with the government to empower farmers and improve water management practices for long-term sustainability in the face of climate change. We are supporting the reform of the irrigation sector in Cameroon’s far north region of Logone Valley. Based on GWSP advice, the government has developed a plan to transform its parastatal irrigation organization into a modern agency with the capacity to support farmers, maintain infrastructure, and plan new irrigation projects.

The transfer of certain responsibilities to water user associations will bring local actors into decision-making processes, with a focus on empowering women in the sector. Our support has also catalyzed a longer-term institutional change with the establishment of a new National Water Policy and Water Code. 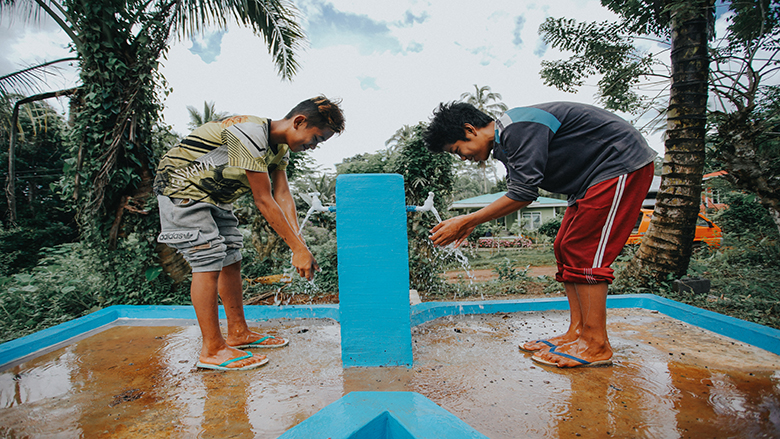 Drop by drop: Building trust and sharing water resources in the Mashreq

In the Mashreq Water Initiative, which includes Syria, Iraq, Iran, Lebanon, Jordan, and Turkey, the GWSP is supporting the World Bank’s efforts to promote regional cooperation in the management of transboundary water resources. The water-scarce region is experiencing rapid population growth and urbanization, water-intensive agriculture, increasing rainfall variability, and declining water quality.  With our support, the Mashreq Water Initiative responds to the region’s water security challenges by developing an evidence-based narrative to promote transboundary cooperation; building partnerships and consensus for action through knowledge sharing, dialogue, and trust building; and enhancing technical-level cooperation through increased access to and sharing of technology and policy options.

The initiative has helped establish a base for long-term regional engagement, deepen cooperation across Mashreq countries, and inform critical policy discussions on the regional water agenda. At a practical level, we have shared innovative approaches and disruptive technologies that have strengthened the capacity of water institutions to better manage water resources.