COP26: The World Is Watching

In 2015, the world came together in Paris to tackle climate change. Six years later, COP26 in Glasgow will aim to deliver on the promises of the Paris Agreement. World leaders and national delegations, representatives from businesses, civil society and youth are gathering for two weeks to accelerate progress.

The latest report from the Intergovernmental Panel on Climate Change, released in August 2021, was a code red for the planet: with dangerous and irreversible tipping points coming closer.

: unchecked, it will push 132 million people into poverty over the next 10 years, undoing hard-won development gains. And according to the World Bank’s most recent research, climate change impacts could drive 216 million people to migrate within their own countries by 2050.

A core goal of COP26 is to keep “1.5 alive”, that is to limit temperature rise to the 1.5-degree Celsius limit agreed in Paris.

COP26 is also particularly critical because it marks the moment when countries are supposed to update their original climate pledges (the national targets or NDCs that were submitted ahead of COP21) and make these more ambitious. As of October 27, 2021, 116 countries plus the EU 27 have submitted new NDCs.

Alok Sharma, COP26 President, has laid out four core goals that will strive to “keep 1.5 alive” and deliver a successful outcome: 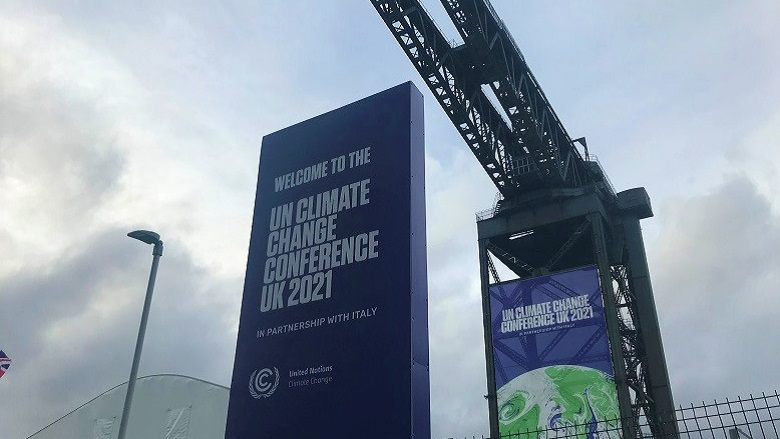 The World Bank Group at COP26

The Bank is also strengthening local capital markets and greening domestic financial sectors to help private capital flow for both climate change mitigation and adaptation. Besides delivering on finance, a strong theme of the Bank Group’s participation at COP26 will be its effort to ramp up support for green, resilient, and inclusive recoveries from the COVID-19 pandemic, as well as low-carbon transitions that put people at the center.

Watch live-streamed events and participate in the conversation

The Bank Group will take part in key discussions during the two weeks of COP26 focusing on financing, energy, nature and sustainable land use, climate change adaptation, transport and cities. Several events on such topics as the green recovery, roadmaps for the energy transition, investment in climate-smart agriculture, and the value of nature will be streamed live from COP26. You can also follow the conversation with the hashtags #COP26 and #ClimateActionWBG.