Living with Lead in Zambia: Creating Hope for the Children of Kabwe 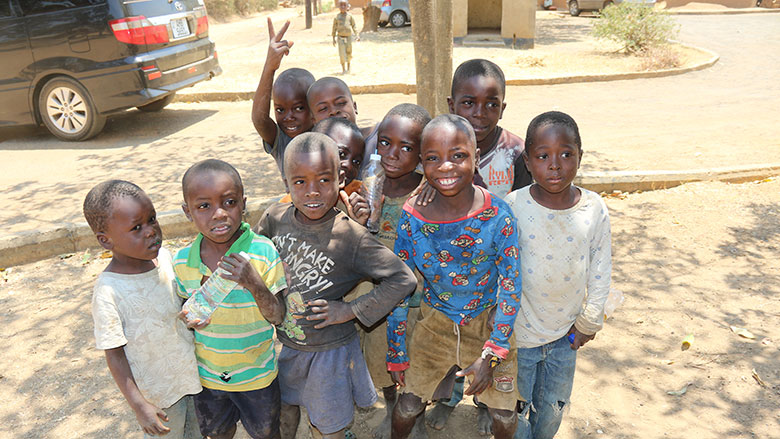 KABWE, December 17, 2020 —Like many three-year-olds, Prominence Muziya likes to play in the dirt. But in Kabwe, the soil can be deadly. His mother noticed that Prominence was getting skin rashes, his appetite was poor, and he had a persistent cough. But until Prominence was tested for lead exposure, it did not occur to his parents that playing in the contaminated soil was sickening their son.

Prominence is one of more than 10,400 children who have been tested this year through a major pilot health intervention, through the World Bank funded $65 million Zambia Mining Environmental Remediation and Improvement Project (ZMERIP). The project aims to reduce environmental health risks in several critically polluted mining areas in Zambia, including Kabwe, while strengthening the capacity of government to address the legacy of lead.

Medical interventions must go hand-in-hand with measures to reduce exposure to environmental lead hazards and sources of contamination, according to Gideon Ndalama, ZMERIP National Project Coordinator. “I am confident that there is a consensus on the urgency of getting this work done,” Ndalama said. “We are engaging the mine owners on their corporate and social responsibilities.”

The health intervention is the largest undertaking in Zambia to address the blood lead levels (BLLs) of exposed children and is part of the broader ZMERIP project focused on raising awareness and reducing exposure to lead in the environment.  The threshold for BLLs is 5 µg/dL, as recommended by the Centers for Disease Control and Prevention (CDC).  About 2,500 children tested in Kabwe have BLLs of 45 μg/dL and higher, some of whom have been placed on chelation therapy, which binds the lead into a compound that is filtered out through the kidneys. Children with lower BLLs are provided iron, vitamin supplements and protein.

The global pandemic and COVID-19 (coronavirus) containment measures have delayed remediation and infrastructural upgrades to control the flow of pollution, yet the project has made progress in some areas. For example, remediation has been completed at the Mine Primary School, located about 650 feet from the mine dump. ZMERIP has successfully completed remediation to control the children’s exposure to lead on school premises and is expanding to other schools and homes. The private mining company is working with the government to strengthen measures to control emissions from the lead tailings.

Once a hub of the nation’s mining economy, Kabwe was home to one of the world's largest lead smelters until the mid-1990s. While large-scale active lead mining has ceased, Kabwe is now considered one of the world’s most contaminated places due to abandoned mining residue and continuing pollution from the open lead mine tailings. The cluster of communities living around the mine continue to struggle with the environmental and health impacts of lead poisoning.  Lead attacks the central nervous system and in severe cases can cause coma, convulsions and even death.  Young children are particularly vulnerable to these toxic effects, according to the World Health Organization.

“There is no easy retrofit to address the unique and complex nature of Kabwe ’s lead pollution,” said Ruma Tavorath, World Bank Senior Environmental Specialist..  “This is much more complex than lead in pipes and paints, necessitating sustainable solutions and continued commitment from not only the government but also from the private mining companies and the international donor community.”

Raising awareness among the community

Grace Enala Muziya is the mother of five children, including Prominence. She knew her son was sick. "One day my husband and I heard there was a lead testing and treatment campaign for children, so we decided to take our younger children,” Muziya said, noting that Prominence has completed the treatment and his health has improved. "I am now doing everything I can to prevent my son from coming into contact with lead soil because I know the dangers that come with lead poisoning.”

Dr. Tiza Mufune, who is at the helm of the project’s health intervention, said some people are not aware of the threat posed by lead poisoning. “There are others who are vaguely aware but it’s part of life for them, with so many social and economic needs,” he said, adding that there has been a very positive response to the health advocacy campaign.

ZMERIP’s health component was rolled out in the midst of the COVID-19 pandemic and the team has maintained necessary precautions such as social distancing, wearing personal protective equipment and regular hand washing.

Dr. Mufune said that current best practices, from engaging community health volunteers to coupling lead interventions with mainstream health programs, should continue to be scaled up after the life of the project. “Going forward, it would be great to expand to all age groups,” Dr. Mufune added. “We are sitting here on a treasure trove of information that can improve our nation’s health and environment.”