Iraq: Engaging Youth to Rebuild the Social Fabric in Baghdad 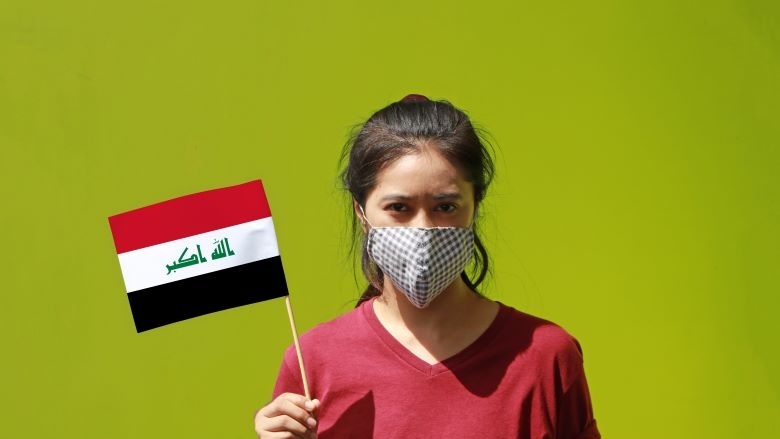 Between 2013 and 2017, when the situation deteriorated in northern Iraqi areas under the control of the ISIS, about 5.8 million Iraqis had to flee their homes. The war had devastating consequences, breaking down trust between communities and between the state and its citizens. The war also saw human rights violations including widespread acts of violence and the social exclusion of religious and ethnic groups.

Following the cessation of hostilities, large numbers of Internally Displaced Persons (IDPs) have returned to their places of origin. By the end of December 2019, however, over 1.5 million IDPs had not returned. Among the reasons for that are the lack of housing, basic services, and opportunities to earn a living. They also cited security, social cohesion, and situations of psycho-social distress they experienced.

Trauma, displacement, and joblessness are compounded by the fact that Iraq's population of about 38.5 million (2018) is one of the youngest in the world: nearly half is under 19 years old and about a third between 15 and 29 years old. Youth unemployment has significantly risen due to the stifling economic conditions resulting from ongoing conflict.

The World Bank estimates youth unemployment in Iraq to be 36 percent, compared with the national unemployment rate of 16 percent. Iraq’s government expressed its commitment to work with the youth to rebuild the social fabric of the country and to enhance their opportunities for social and economic inclusion. Promoting the Inclusion of Conflict-affected Iraqi Youth is a pilot project developed to get youth involved in community development, peacebuilding, and micro-entrepreneurship. The project is financed by US$2.75 million grant, provided by the Japan Social Development Fund and administered by the World Bank.

The project is being implemented by the Ministry of Youth and Sports (MoYS), with the support of local NGOs to conduct soft skills training, provide psycho-social support, support youth in the design and implementation of community development initiatives, and provide technical and financial support to aspiring youth entrepreneurs.

“Investing in the youth is key to build a stable and more prosperous future for Iraq. This project will help promote the social and economic inclusion of youth in conflict-affected areas. It will provide them with the skills needed to find better job opportunities and contribute to the reconstruction of Iraq,” said Faiz Taha Al-Obeidi, the Ministry of Youth and Sports’ Project Director.

Project activities are encouraging youth to contribute to their community and, for those with entrepreneurial ideas, to start up a business. “Promoting peacebuilding initiatives, building youth skills, and providing opportunities for rapid employment and long-term livelihoods are critical to bringing about recovery and rebuilding social cohesion in Iraq,” said Ramzi Neman, Head of the World Bank Office in Iraq.

The MoYS is working in some of the most marginalized districts of Baghdad—Sadr City, Al-Amriya, Zayouna, Al-Doura, 9Nisan, and Abu Ghraib, some of which were at the epicenter of anti-government protests in October 2019, when people took to the streets denouncing corruption, unemployment, and poor state services. COVID-19 in Iraq has created more challenges: working with local NGOs and other partners on the ground has helped to ensure project activities can continue to take place. At first, all its activities were suspended. The Ministry and its local partners are now delivering training online and adopting protocols and social distancing during the implementation of community development initiatives and micro-entrepreneurship activities.