A Story of Resilience in Zimbabwe: Cultivating Dreams for a Better Future After Cyclone Idai

HARARE, November 10, 2020—When Cyclone Idai hit more than a year ago, Nancy and Dingane Sithole awoke to discover their house and property demolished. Their harvest and stored grains from the previous season, which would have sustained them through the next, were ruined. The cyclone had hit before they could reap the profits of their hard work.

“When the cyclone hit, it was the most devastating moment in my life,” said Nancy, standing outside of their farm in Chipinge, Eastern Zimbabwe. “We were caught unawares, and it was worsened by the fact that the rains pounded without ceasing during the night. Houses were flooded; some walls gave in, while roofs were blown off. It was very terrifying.”

The couple, ages 78 and 95 respectively, were two of thousands of Zimbabweans severely affected by the impact of Cyclone Idai, which caused catastrophic damage in Mozambique, Zimbabwe and Malawi in 2019. In Zimbabwe alone, the disaster displaced over 60,000 people, devastated over 50,000 households, and inflicted over $622 million in damages to property, land and the environment. 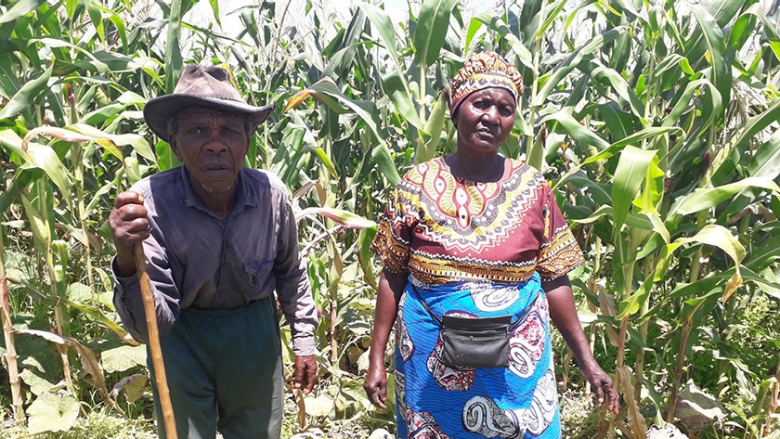 Dingane and Nancy Sithole hope to harvest food this year thanks to the seed input from FAO. Photo: Food and Agriculture Organization of the United Nations

“There was swift response, as different organizations started assisting us. I have to be honest with you, I had never received food or clothing handouts in my life,” Nancy recalled. “I was not sure how I would have managed to plant for the current season as I was struggling to feed my grandchildren and would not have managed to buy seed and fertilizer.”

To stave off hunger from famine, over 7,400 households received agricultural inputs including maize, cowpea and basal fertilizer, with more than half led by women. Through partnerships with the FAO, nearly 6,000 people were trained in food production, and about seven million doses of vaccination were provided for cattle and livestock. Additionally, nearly 1,000 smallholder farmers received 1,000 tons of survival feed, which in turn supported more than a thousand families. 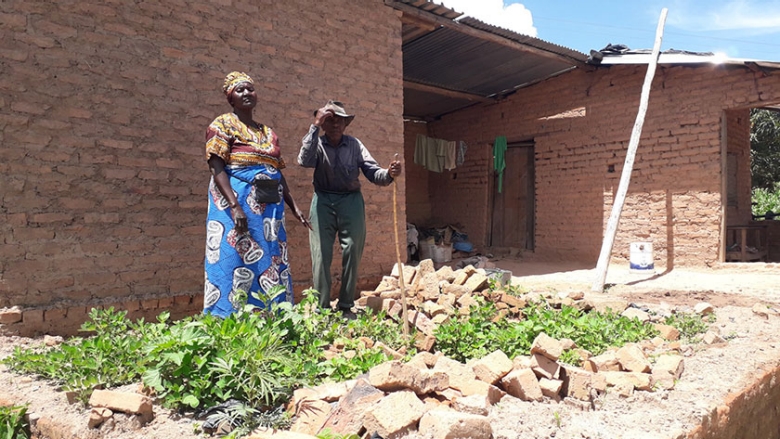 Dingane and Nancy Sithole share a snapshot of their living conditions following Cyclone Idai in Chipinge.

Photo: Food and Agriculture Organization of the United Nations

In Chimanimani and Chipinge, the country’s worst affected districts, community-driven infrastructure restoration projects employed about 25 people per project. To limit the disproportionate impact of the disaster on women and girls, at least 45% of people employed are women, with higher percentages in some locations. At least 300 community workers and about 12,000 people will benefit from this restoration process in collaboration with UNOPS. Additionally, 13 community assets, including irrigation systems, roads, and gardens have been fully rehabilitated. Each community project is led by a female and male supervisor, to promote gender equality, social protection, and boost social inclusion in re-building communities through these partnerships with the WFP via a Food Assistance for Assets program.

As part of the World Bank’s strategic assistance to the government, a $3 million grant has been provided from the State and Peacebuilding Fund.