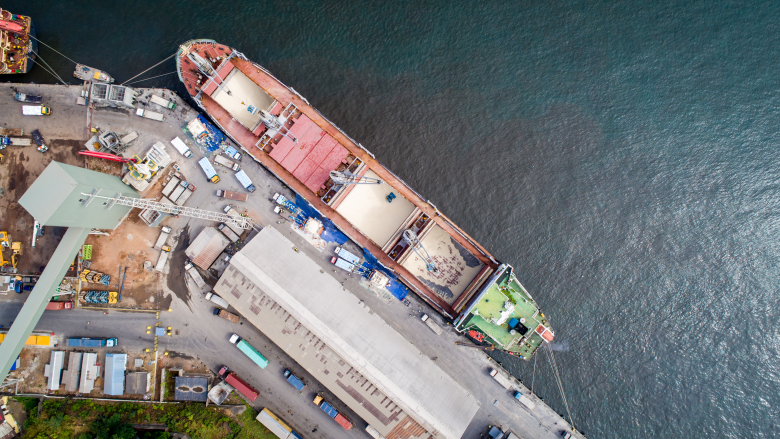 FREETOWN, July 18, 2019 – Trade is at the heart of Sierra Leone’s national development plans. The government has an ambitious objective to become a middle-income country by 2039 and to stimulate economic growth through trade. The country has embarked on a bold trade facilitation agenda to tackle trade obstacles and meet its goals, with support from the Trade Facilitation Support Program – part of the World Bank Group’s support for countries seeking assistance in aligning their trade practices with the World Trade Organization’s Trade Facilitation Agreement (WTO TFA).

For businesses like Sierra Agra – Sierra Leone’s only mango juice processing company – a more attractive trade environment is starting to bear fruit.  Since 2017, Sierra Agra has been exporting organic juices and concentrates from its factory near Freetown, Sierra Leone’s largest port, to customers in Europe and around the world.

Sierra Leone is working to tackle a trade environment characterized by complicated and inefficient procedures that lead to high costs and delays for business.

“We used to face big challenges during the export process.  There would be long delays at the port. Our trucks would arrive before midnight and could be stuck in queue for hours, even days. The documentation process was so complicated,” said Adbulai Bangura, Supply Chain Manager, Sierra Agra.

Sierra Leone continues to lag behind most Sub-Saharan African economies when it comes to trading across borders (ranking166 out of 190 economies in the World Bank’s Doing Business Report for 2019). Furthermore, Sierra Leone exports far fewer goods and services (26.1% of GDP) than other countries in the region, such as Guinea (37.1%), Ghana (35.3%) and South Africa (30.1%).

The trade challenges in Sierra Leone can be attributed to several factors: trade information not being easily accessible; high levels of physical inspections; multiple fees, licenses, permits and certificates; manual processes; and the lack of coordination among agencies.

"We used to face big challenges during the export process. There would be long delays at the port. Our trucks would arrive before midnight and could be stuck in queue for hours, even days. The documentation process was so complicated" 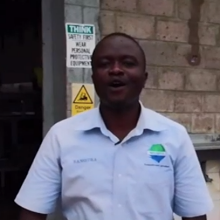 Trade facilitation can bring economic gains to developing countries by reducing costs and delays for traders through measures that improve predictability, simplicity, transparency, and uniformity in border clearance.

Sierra Leone’s trade facilitation reforms are spearheaded by a multi-agency National Trade Facilitation Committee, which includes representatives from both the public and private sector.

"The new system is so much more efficient and connects all trade agencies. This will help to improve the trade experience for local businesses in Sierra Leone."
Kpana Conteh
Assistant Commissioner of Customs, National Revenue Authority, Sierra Leone

“Our role is to make trade faster, cheaper and easier. We developed a five-year plan to guide our efforts – supported by the World Bank Group. By 2023, the strategy aims to reduce the time and costs needed to move goods across our borders to the level of fifty percent efficiency of middle-income countries. Our aim is to reduce trade costs by 10%,” said Saffie Deen-Tarawally, Trade Facilitation Coordinator, Ministry of Trade.

Freetown’s seaport is the main gateway for trade in and out of Sierra Leone with 80% of trade passing through this port. The port has a long history as a trading hub and benefits from the country’s strategically important location midway between Europe and the Americas.

One of the recent upgrades led by the Customs Administration at the Freetown Port is the new computer system for customs data: ASYCUDA World. The new system allows for electronic processing of manifests and customs declarations at the seaport, airport, and certain land border offices. It provides online access to and interoperability with other government, trade facilitation agencies, and clearing agents. Traders and agencies can now lodge documents electronically for processing and approval and make payments on goods imported and exported out of the country.

“The new system is so much more efficient and connects all trade agencies. This will help to improve the trade experience for local businesses in Sierra Leone,” said Kpana Conteh, Assistant Commissioner of Customs, National Revenue Authority.

For Sierra Leone’s business community, improvements such as these stand to make a difference. Sierra Agra works with over 3,500 local farmers all over the country to collect their locally grown fruits—mangoes, oranges, passionfruit— and produce concentrate in their factory. The company is very proud that most of its management team and staff are from Sierra Leone.  Gender equality is also important to Sierra Agra, with 90 percent of its farmers being female. 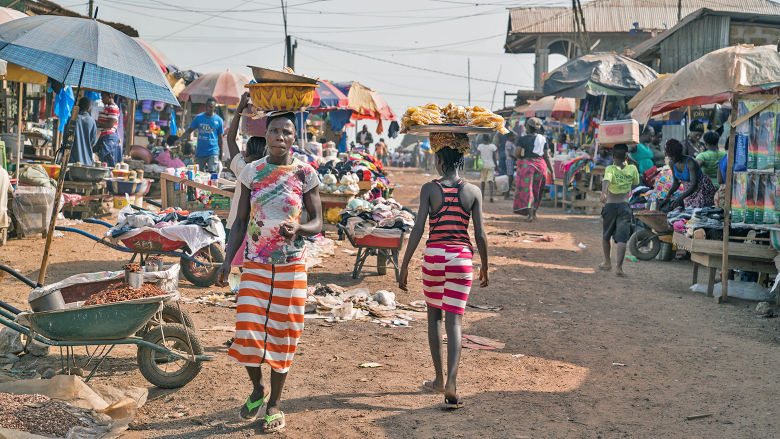 According to Bangura, “It is really important for businesses like ours that trading practices are efficient and cost effective. I am so happy about the Government’s commitment to these modernizations, as they are really helping us to improve the livelihoods of thousands of our farmers and workers all over the country. We are so excited about our future.”

Though challenges remain, the development plans are ambitious and confidence is high, thanks to Sierra Leone’s five year action plan and support from the World Bank Group’s Trade Facilitation Support Program.

The Trade Facilitation Support Program is funded by nine donor partners, including Australia, Canada, the European Commission, the Netherlands, Norway, Sweden, Switzerland, the United States, and the United Kingdom. More than 60 countries have requested for assistance since its launch in 2014, with implementation support beginning in more than 47 countries, including Sierra Leone.