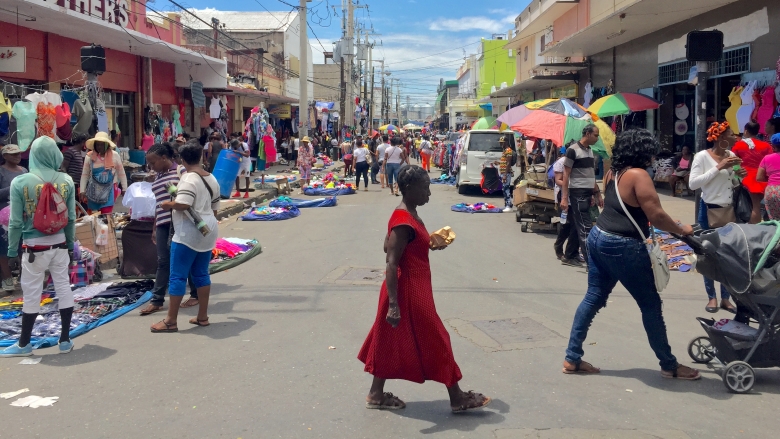 People in Kingston walking down the street and shopping during trade days. Credit: delaflow/Shutterstock.

KINGSTON, May 16, 2019 – The Jamaican government has ambitious objectives: to become a world class logistics hub and to stimulate economic growth through trade. To achieve these goals, the country has embarked on a bold trade facilitation agenda to tackle trade obstacles, with support from the World Bank Group.

Jamaica's current trade environment is characterized by complicated and inefficient procedures that lead to high costs and delays. Jamaica continues to lag behind the rest of the Latin America and Caribbean (LAC) region when it comes to trading across borders (ranking 27 of 32 economies in LAC and 134 out of 190 economies in the World Bank’s Doing Business Report for 2019). Furthermore, Jamaica exports far fewer goods and services (35.1% of GDP) than other countries in the region, such as Aruba (70.8%) and Grenada (55.8%).

The high cost of trade and delays in Jamaica can be attributed to several factors: high levels of physical inspections, high and multiple taxes and fees, lack of coordination among agencies, multiplicity of licenses, permits and certificates, absence of an integrated and harmonized framework for border agencies, prevalence of manual processes, and low capacity at the firm level to implement international requirements. The additional time and expense incurred as a result of these issues ultimately impact the final cost and quality competitiveness of a product or sector.

Trade facilitation brings predictability, simplicity, transparency and uniformity to the process of border clearance. This translates to economic gains for developing countries, whose traders experience lower costs and fewer delays.

According to the OECD, trade facilitation improvements can reduce trade costs by up to 13% for middle income countries such as Jamaica. The OECD further predicts that, for every 1 percent reduction in global trade costs, global income goes up by $40 billion. For the private sector, delays at the border can result in lost sales, delayed production and demurrage charges. For the public sector, complicated processes and procedures and over regulation creates inefficiencies and discourages compliance.

“When I engage with business owners, I find that they have a difficult time navigating their way through the complex processes involving cross-border trade,” said Michelle Chong, CEO Honey Bun Limited (the fastest growing wholesale bakery in Jamaica) and former President of the Jamaica Exporters Association.

"The trade information portal will help improve the predictability and transparency of Jamaica’s trade procedures, giving the business community quick access to the country’s trade rules. The initiative is the latest government effort to improve the ease of doing business and facilitate trade for the private sector."
Audley Shaw
Minister of Industry, Commerce, Agriculture and Fisheries, Jamaica 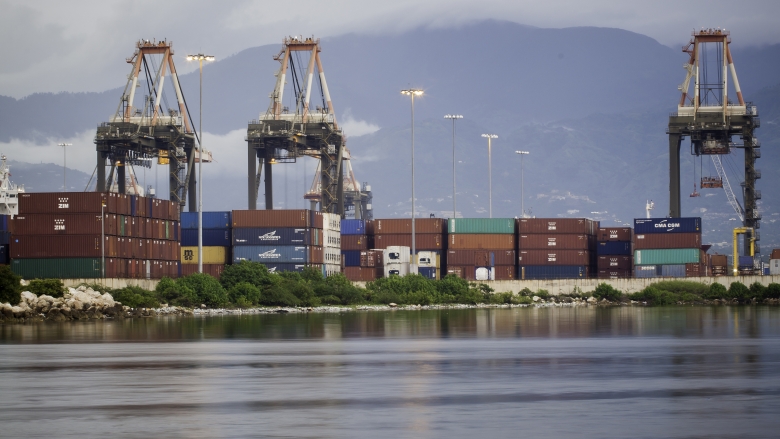 Jamaica’s trade facilitation reforms are spearheaded by a multi-agency National Trade Facilitation Taskforce, which includes representatives from both the public and private sector. The taskforce has developed the national trade facilitation roadmap, which was endorsed by Cabinet in 2016.

Collaboration with the World Bank Group has yielded some results – with the introduction of ASYCUDA World, Jamaica reduced the time to complete documentary requirement for exports by a 24% and for imports by 28%. The government has also eliminated the requirement for some import and export licenses.

“Trade is an engine of growth that creates jobs, reduces poverty and increases economic opportunity. The World Bank Group is committed to helping Jamaica streamline its trade environment. In Jamaica, the aim is a trading system that allows for faster, fairer, more predictable and more transparent processing and connects to the global economy at the lowest costs to traders,” said Judith Green, Principal Investment Officer, the International Finance Corporation (IFC), English-speaking Caribbean.

The most recent reform supported by the Bank Group is the launch of the Jamaica Trade Information Portal. The portal makes it easier for traders and investors to comply with regulatory requirements associated with the import and export of goods. Access to information and understanding of the required regulatory procedures to import and export are major barriers to the private sector, especially for smaller firms and new market entrants.

“The trade information portal will help improve the predictability and transparency of Jamaica’s trade procedures, giving the business community quick access to the country’s trade rules. The initiative is the latest government effort to improve the ease of doing business and facilitate trade for the private sector,” said Jamaica’s Honorable Minister of Industry, Commerce, Agriculture and Fisheries, Audley Shaw.

The trade portal is a web-based system, which makes all cross-border trade regulatory information available at the stroke of a key. By publishing more than 530 procedures and forms available online, the portal makes it easier for traders and investors to comply with regulatory requirements associated with the import and export of goods. Thanks to the trade portal, trade-related regulations are more predictable and transparent, which lowers the cost of doing business.

For Jamaica’s more than 300,000 small businesses, these small improvements stand to make a difference. “The portal will be a game-changer for the business community as both importers and exporters will be able to save time and money by having critical information at their fingertips,” said Danville Walker, Chairman of Trade Board Limited.

Jamaica’s trade information portal project was supported by the World Bank Group’s Trade Facilitation Support Program, a global program that provides support for countries seeking assistance in aligning their trade practices with the WTO TFA. The program is funded by nine donor partners, including Australia, Canada, the European Commission, the Netherlands, Norway, Sweden, Switzerland, the United States, and the United Kingdom. More than 60 countries have requested assistance for since its launch in 2014, with implementation support beginning in more than 34 countries, including Jamaica