Blockchain: How the Fourth Industrial Revolution can help accelerate progress towards development 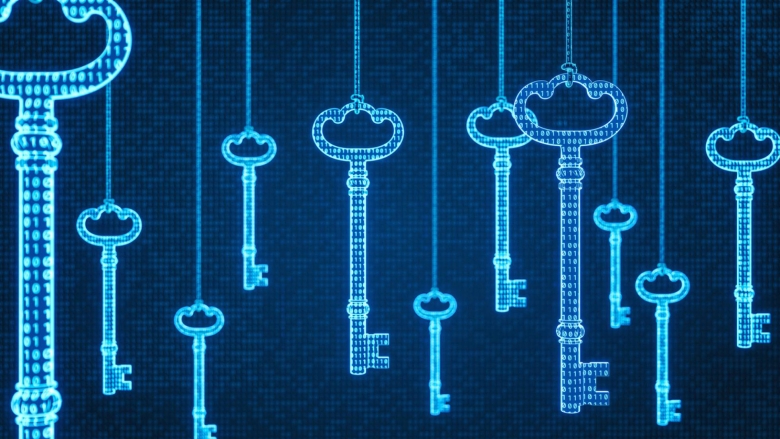 Blockchain, a great ally in the fight against corruption.

Blockchain holds great promise as a method of fighting corruption, especially in Latin America and the Caribbean, where more smartphone penetration can facilitate the adoption of new technology.

Blockchain has been called a pillar of the Fourth Industrial Revolution, comparing it to technologies such as the steam engine and the internet that triggered previous industrial revolutions. It has the power to disrupt existing economic and business models and may prove particularly valuable in emerging market economies. According to experts, blockchain also holds great promise as a method of fighting corruption, especially in Latin America and the Caribbean, where more smartphone penetration can facilitate the adoption of new technology.

But what is it? Simply put, a blockchain is a chain of digital blocks that contain information. Once the information has been created, it is very difficult to change. It includes information about the sender, the receiver, and the amount of currency. The data is trustworthy because it is bound in a strict framework of rules and cryptographic keys, and only people with the right key can access or modify the data. Blockchain also removes the need for an intermediary, such as a bank or a lawyer. In short, it facilitates transparency, which is the enemy of corruption.

Blockchain has been used for cryptocurrencies like Bitcoin, but many other possible uses are emerging, such as energy markets, digital identity, supply chain, health care and financial services. But there is one especially important for Latin America and the Caribbean: fighting corruption.

The impact of corruption

Corruption has a disproportionate impact on the poor and most vulnerable, increasing costs and reducing access to services, including health, education and justice, according to the World Bank. Corruption also impedes investment, with consequent effects on growth and jobs. According to a Transparency International survey, more than half of Latin Americans said that their government is failing to address corruption, and one in three people who had used a public service in the last 12 months said they had to pay a bribe.

Studies have shown that the poor pay the highest percentage of their income in bribes. In Paraguay, the poor pay 12.6 percent of their income to bribes while high-income households pay 6.4 percent. The lack of anonymity and the traceability of blockchain makes corruption more difficult than with traditional money. For example, if a government decides to construct a road, it could track how each dollar is being spent, identify all the users of the funds, and ensure that only those authorized to spend money do so on originally intended expenses. Fraud and corruption investigations that normally take months could be performed instantaneously. This type of financial tracking could be a deterrent for bribes in the public sector, in turn increasing development impact.

In Latin America and the Caribbean, only half of adults have access to banking services, however 90% of unbanked adults have a mobile phone. As smartphone penetration continues to grow, the popularity of virtual currencies is also growing. In Brazil, some companies and retail stores are accepting virtual currencies as payment. Colombia is also growing its presence in the cryptocurrency market in Latin America, as is Peru.

Chile also has a very active cryptocurrency community, but banks have been rejecting services to crypto-related companies and users. Both Chile and Argentina have been hosting cryptocurrency events and meetings. In Chile, LaBitConf has attracted thousands of participants from all over the world interested in digital assets. In Argentina, Bitcoin continues to grow as well, and there are no major regulations threatening the industry. However, Bolivia and Ecuador are two of a few countries in the world in which Bitcoin is strictly banned.

The World Bank Group is working to ensure that economies in developing countries can harness these kinds of innovation to eliminate extreme poverty and boost shared prosperity. In August of 2018, the World Bank launched bond-i, a blockchain operated new debt instrument, the world’s first bond to be created, allocated, transferred and managed through its life cycle using blockchain.

In Colombia, where low-resource and at-risk youth lack access to quality education and are often disincentivized to stay in school to complete a formal curriculum, the World Bank is exploring the opportunity to support youth education through social gaming, where they can earn tokens by solving global challenges.

The World Bank is also working on using blockchain to bring more transparency to supply chains. For example, blockchain could encourage farmers and the intermediaries who stand between farms and mills to enter more data about produce as it moves through the chain.

This Fourth Industrial Revolution can help accelerate progress towards development by helping prevent fraud and corruption. Yet the technology is in its early stages of development and serious challenges and risks, both technical and regulatory, will need to be addressed before it achieves widespread adoption. But the road is wide open.