Geothermal Energy is on a Hot Path 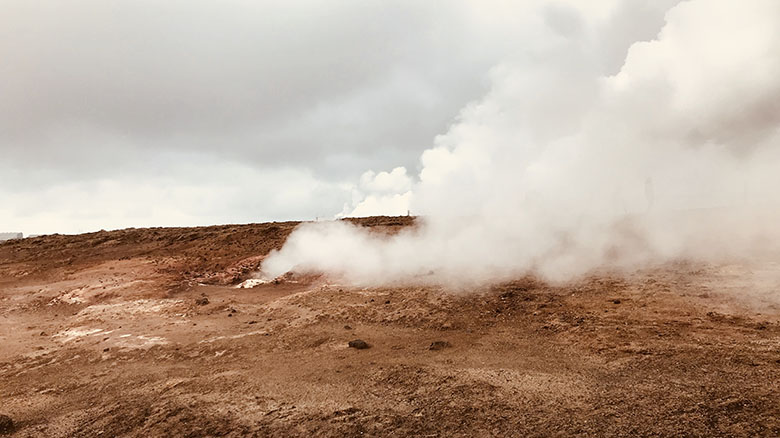 Geothermal energy development has followed the same storyline for many decades: a low-carbon energy source that can offer reliable and sustainable baseload power, whose development globally has been held back by high resource risk and the costs of test drilling.

Some 40 countries in Africa, East Asia and the Pacific, and Latin America and the Caribbean all have sizeable geothermal resources that can help them meet their energy needs in a reliable and low-cost way.

Although geothermal energy has received wide recognition as a transformational resource, the prohibitively risky and expensive early-stage development has been a barrier to private sector investment and led to a slow growth of installed geothermal capacity for the past couple of decades.

In 2016, cumulative global geothermal capacity reached just over 13 GW and it is expected to rise to almost 17 GW by 2021, with the largest capacity additions expected in Indonesia, Turkey, the Philippines and Mexico.

Global experience shows that mitigating exploration and drilling costs and risks can unlock investment needed to take geothermal to scale.

In just five years, the GGDP has managed to spur an important shift in the sector. It has raised $235 million in concessional funding through the Clean Technology Fund (CTF), which has been made available to multilateral development banks (MDBs), including the World Bank to support upstream geothermal activities.

As a result, multilateral financing for upstream activities in 2013-2017 grew to around $100 million per year, with projects in more than 30 countries. This represents at least a four-fold increase in the share of MDBs financing for early stage development, from only 6.7% in 1978-2012 to 29.2% of their geothermal investments in 2013-2017. The projects currently underway are expected to mobilize an additional $1.5 billion from other sources.

The World Bank has leveraged ESMAP’s technical assistance and is currently supporting six upstream geothermal projects (with $610 million of World Bank financing and $689 million from other donors) in five countries: Indonesia, Turkey, Ethiopia, Djibouti, and Armenia. Another four projects in Nicaragua, Dominica, St. Lucia and Indonesia are under preparation.

Other MDBs have similarly scaled up by tapping into CTF funding to help de-risk geothermal fields in countries such as Chile, Mexico, Kenya, Indonesia, the Philippines and the Eastern Caribbean.

Countries are also establishing de-risking mechanisms to attract and assists developers in the early phases of their investment. For example, with support from the World Bank/ESMAP and other partners, Indonesia is planning a new Geothermal Risk Mitigation Facility to leverage billions of dollars in private sector funding. This is a crucial step to bridging the $25 billion investment gap over the next 8 years to help the government add 5.8 gigawatts (GW) of electricity production with geothermal resources by 2026.

In 2012 the World Bank supported the government through a grant from the Global Environment Facility (GEF) to undertake reforms, and helped Pertamina Geothermal Energy (PGE) to begin its geothermal expansion program through a $175 million IBRD loan, along with $125 million of concessional financing from the CTF. In 2017, the World Bank provided $55.25 million in grants to support Indonesia’s Geothermal Energy Upstream Development Project.

Global experience has also shown that approaches to geothermal expansion can be tailored to fit different country settings. An ESMAP-funded analysis of the global portfolio of geothermal power projects commissioned prior to 2014 takes an in-depth look at the support mechanisms for each project and outlines distinct approaches that countries have taken to expand their geothermal energy.

For example, countries such as Mexico, Kenya, El Salvador and Costa Rica have relied almost entirely on public resources for geothermal expansion to develop over 3.6 GW of energy. Their successes were driven by strong government commitment and the availability of public funds.

Increasingly, however, more countries have been opening doors to private developers and are following a model where the public and private sectors share cost and risks. For example, one of the key-components to Turkey’s unparalleled growth in geothermal development has been the de-risking of geothermal fields using public funds. In 2016, the World Bank approved a $350 million project developed with support of ESMAP which included a $40 million risk sharing mechanism to cover part of the cost for failed exploration wells in projects that are expected to confirm about 210 MW of geothermal capacity. These projects are expected to mobilize about $200 million of private capital and incentivize exploration outside the most developed areas.

Another example of cost sharing between public and private sectors is St. Lucia, where concessional financing will be used to carry out an exploration drilling campaign in an area with high prospects. If the resource is confirmed the government will engage a private company to fully develop the field.