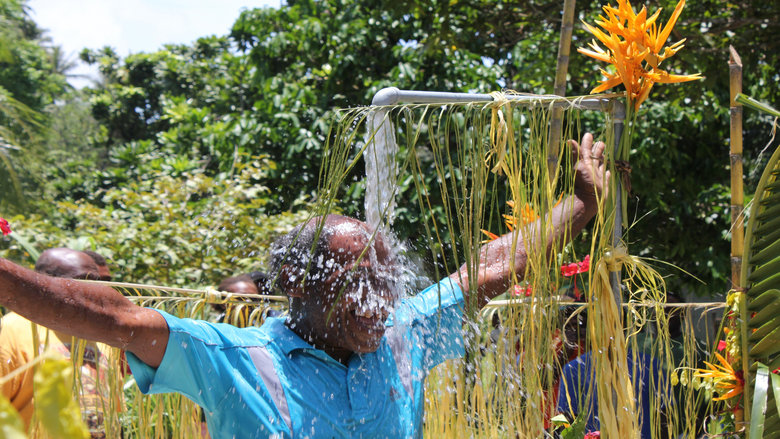 Bolava Village, Western Province, Solomon Islands – Life began early in Bolava, when the rays of the South Pacific sun illuminated the ocean waters – and the oars of the canoes piloted by Bolava community members on their way to the closest main island. Every day, they paddled more than an hour each way to haul fresh, potable water for their families. Bathing, washing, and drinking were huge daily chores.

A lack of even basic drinking water and sanitation results in thousands of deaths each year, especially among young children, to highly communicable diseases such as cholera and typhoid. And given the complexities of climate change, reliable supply of safe drinking water is set to become more uncertain on isolated islands.

Today in Bolava, however, stand 20 new water tanks, each holding up to 2,000 liters of water. A new rainwater catchment and storage system, developed and operated by the community itself, is now in place. Clean drinking water is within eyesight. 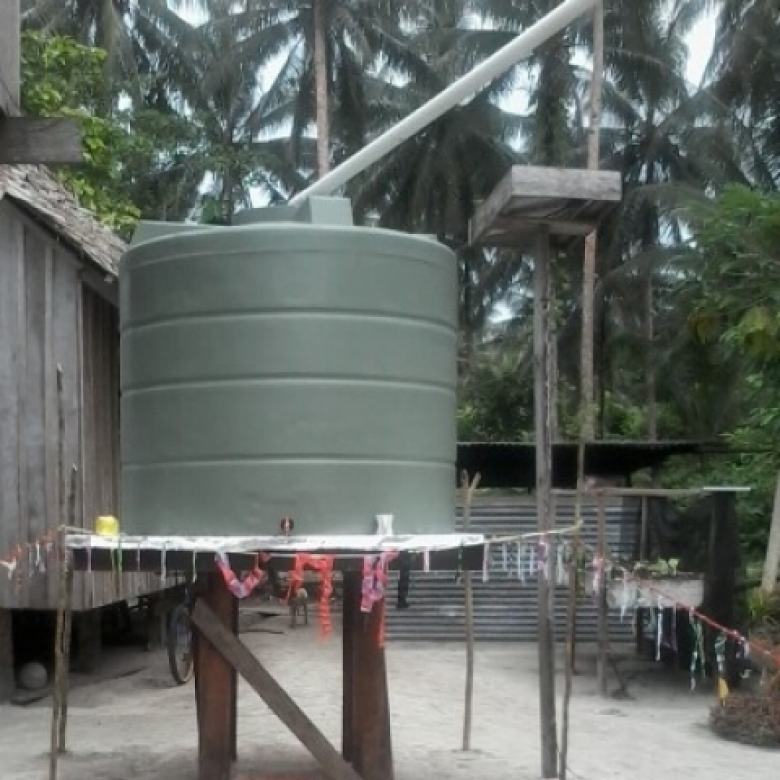 New rain catchment system on Choiseul
“The rain catchment systems have addressed the people's need of clean drinking water, which will have impact on their health,” said one village leader at the groundbreaking in July of 2017. “It saves time for men and women to engage in other family household activities.”

The Bolava system was constructed as part of the second phase of the Solomon Islands Rural Development Program, improving the livelihoods of hundreds of thousands of citizens of this country in the Pacific. Jointly funded by the World Bank, the Australian Government, the European Union, the International Fund for Agricultural Development (IFAD), and the Solomon Islands Government, the program is unique: it supports infrastructure projects identified, designed, supported, and run by the communities themselves, assisted by the government. The implementation ensures broad inclusion in decision-making structures for a highly participatory process, leading to more equitable development.

The program has had enormous impact across the country. On Choiseul, a northern island, one mother recounted her story.

“In the early mornings, we mothers have to get up very early to first fetch water for the family usage for the day, then after that we bring food home to our families,” she said. “In most cases, we ended up in sources of water in other tribes’ land, where we ended up in conflict and argument with the owners.”

Now that her village has new tanks as part of its water catchment system, however, she explains: “Water is now close to our houses. Life is now easy for us the mothers, and everyone in the community.”

Women are now more engaged in everyday village activities and decision-making processes, and conflict can decrease since communities will not clash over this scarce resource.

In fact, Should extreme weather arise in the Pacific, such as tropical storms or extended drought, community members are better equipped to deal with climate and disaster risk. Families will be better able to address disasters. 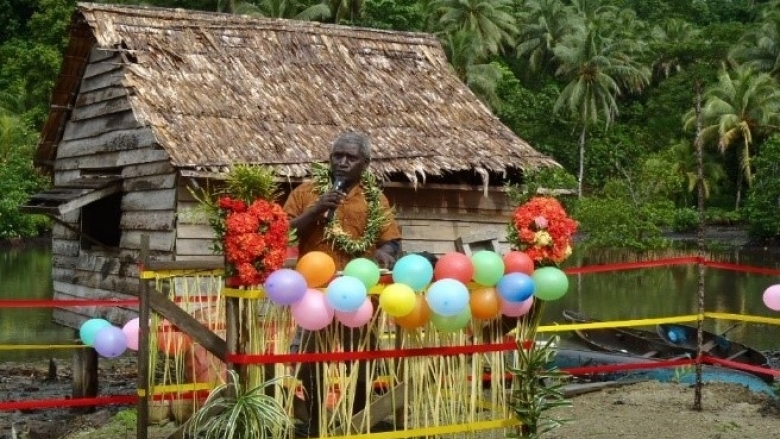 The second phase of the Solomon Islands Rural Development Program began in 2015, aiming to improve basic infrastructure and services in rural areas, as well as to better connect smallholder farming households to markets. It also advances community-driven development mechanisms to ensure ownership over projects by communities. The program seeks to expand access to services for the underserved in rural areas, while promoting accountability and inclusive economic growth. The program is the only nation-wide community level government program, reaching all 172 rural wards of the country. By early 2018, the project will directly benefit over 100,000 beneficiaries or one-sixth of the national population. Half of all projects chosen by communities are clean water supply schemes, while other projects include schools, health facilities, community halls and energy subprojects.

At another village’s rain catchment system, Choiseul Province Government’s Minister for Health Services, the Honorable Benjamin Harrison, stated that the Solomon Islands Rural Development Programme “is the only rural program that involves rural people to choose their own needs and manage their own projects.”

“People walk[ed] long distances on land, as well as paddled their canoes long distances, to fetch water for drinking and their daily uses from streams far away,” he continued. “Women and children have been struggling for so many years to fetch clean water. But today, people are happy over the completion of our rain catchment systems, and now have access to clean water at their door steps.”