"We appreciate the support that we have received from the World Bank, and we expect that this support will continue as we endeavor to dismantle regulatory obstacles which are hindering economic growth in this country."
Francis Karuki
Director General, Competition Authority of Kenya

Washington, DC, August 29 - For more than a century, the rich volcanic soils in and around Kenya’s Great Rift Valley region have made Kenya one of the world’s leading producers of tea. Whether on small farms or sprawling plantations, tea cultivation sustains thousands of Kenyan farmers and their families, and generates the country’s second highest foreign income earnings.

The product is black tea, popular all over the world, and responsible for more than a quarter of Kenya’s annual export earnings. Ten years ago, farmers working in the foothills of Mount Kenya, the country’s highest peak, began experimenting with a new varietal, purple tea. Notable for its dark reddish-purple leaves and floral-fruity flavor, purple tea was found to contain higher levels of antioxidants than are found in green and black teas.

Here was a promising new market, waiting to be created. 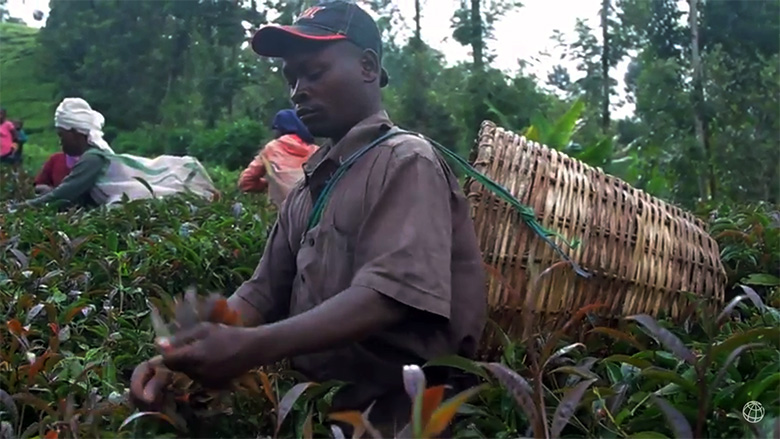 But there was a problem. Rules governing Kenya’s tea industry enabled tea producers to block entry of new producers into the market. It was an example—concerning one product in one industry in one country—of a problem encountered in many variations all over the world, and a problem that the World Bank Group is working with developing countries to overcome.

Henry Njeru was one of several investors interested in purple tea. Growing conditions in Kenya were perfect for this new varietal. And the potential health benefits of the product had the potential to create a new high-end market for purple tea, generating new investment, creating jobs, driving innovation and diversification, supporting small enterprise growth, boosting exports, and improving farmer incomes.

Blocked by competitor opposition, Njeru decided to seek help from the Competition Authority of Kenya (CAK), which has worked closely with the World Bank Group’s Competition Policy team. While the Authority worked with the tea industry to remove barriers to new market entrants, the Bank Group team provided technical support to quantify the additional income farmers who switched to growing purple tea could earn. This information was important in helping CAK make the case for Njeru and other potential purple tea investors to be granted licenses to operate.

With the help of the Bank’s economic analysis, CAK was able to clear the way for Njeru to receive a license. Since then, four additional producers have entered the market.

“We approached the sector regulator in terms of [demonstrating] the benefits of allowing other investors into the specialty tea industry,” said Francis Kariuki, Director General of CAK, “and showed them the negative impact of the then regulatory framework.” Without eliminating this anticompetitive regulation, new tea processors would not have developed the purple tea market in Kenya. 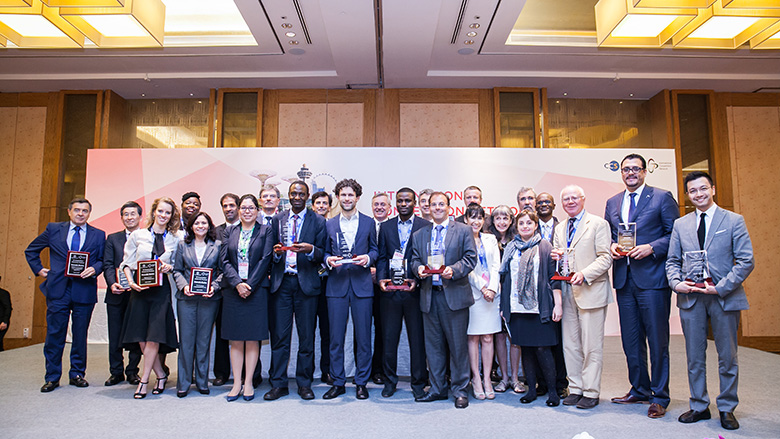 The Competition Authority in Kenya was recognized at the ICN-World Bank Awards for the way it tackled regulatory barriers in the tea market.

Now the government is updating the entire regulatory framework to address these and other barriers to investment in tea and other industrial crops.

Kenya is by far Africa’s largest tea producer, and the third largest globally. About 40 percent of Kenyan tea is grown on large plantations employing some 100,000 workers; the rest comes from small-scale farmers, some 560,000 of them. An estimated 3 million Kenyan families rely on tea for their livelihoods.

Purple tea has the potential to transform the lives and livelihoods of many of these families by generating higher income, offering opportunities to diversify crops, and stimulating competition among producers (and therefore higher prices for farmers).

“We have benefitted from purple tea a lot, because we sell purple tea at $1 per kilogram, compared to $0.14 for regular tea,” said tea farmer Anthony Mwangi.

The five factories producing purple tea directly employ over 2,000 workers. These producers include small and medium-sized enterprises such as Njeru’s, which has so far invested over $1 million in purple tea production. Purple tea now appears on supermarket shelves and café tables from Kenya to China, Japan, the United States, and Europe.

Kenyan authorities estimate that specialty varieties like purple tea will account for up to 5 percent—approximately $60 million—of all Kenya’s tea exports in the next three to five years.

“Going forward, there's a good market for it,” Njeru said. “It's been well received. Moving into the international market, we feel the growth would be large and we are just planning for it. Looking at how huge the normal Kenya tea market is in black, we're looking at a similar market if not larger for purple. 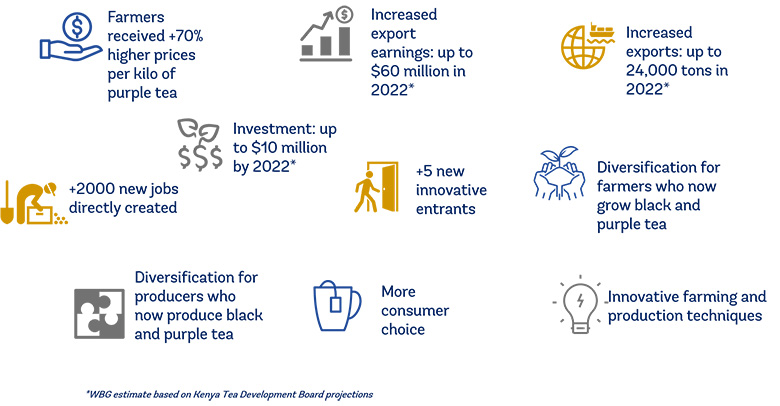 Barriers to market entry and competition exist all over the world in markets across key sectors such as manufacturing, agribusiness, and services. These barriers can cost countries at least 1 percent of GDP growth, and they hinder the poorest economies most significantly.

The World Bank Group’s Trade & Competitiveness Global Practice works on competition policy issues with more than 60 developing countries in a variety of sectors, helping governments and industries break down barriers to competition. In some cases, as in Kenya, this involves removing or overriding rules that hinder competition; in other cases, it means designing different rules and regulations that achieve public policy objectives without creating market distortions while ensuring that firms do not engage in anticompetitive behavior. Success means significant consumer savings, greater private investment generated, more efficient and productive firms, and more globally competitive sectors.

“We appreciate the support that we have received from the World Bank, and we expect that this support will continue as we endeavor to dismantle regulatory obstacles which are hindering economic growth in this country,” Kariuki said.

Competition policy can be a key driver in creating new markets and unlocking growth opportunities. As Trade & Competitiveness Senior Director Anabel Gonzalez points out, “We see effective competition enabling farmers to get higher prices for their products. We see innovation and diversification as new products enter the market. We see an increase in consumer choice, growth of small businesses. And, most important, we see growing awareness of the importance of sound competition policies for economic growth and job creation.” 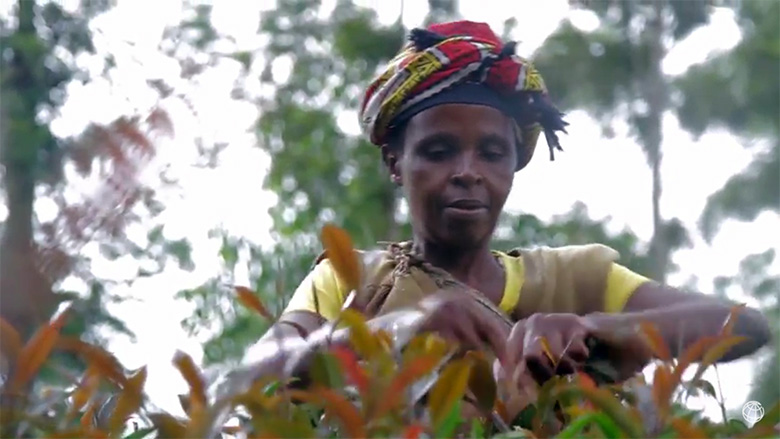 Recently, client countries across the world are increasingly focusing on policy solutions that foster well-functioning markets.

“In the last five years, we at the World Bank Group have supported over 60 reforms, such as this one in Kenya, that have yielded millions in consumer savings and private investment generated,” said Martha Licetti, Global Lead for Markets and Competition Policy in the Trade & Competitiveness Global Practice at the World Bank Group. “The tangible results create a reform momentum capable of transforming entire economies.”

Eliminating barriers to competition has created a market for purple tea and brightened the prospects for Kenya’s tea farmers and producers. And for tea lovers around the world, there’s a new color in the rainbow.