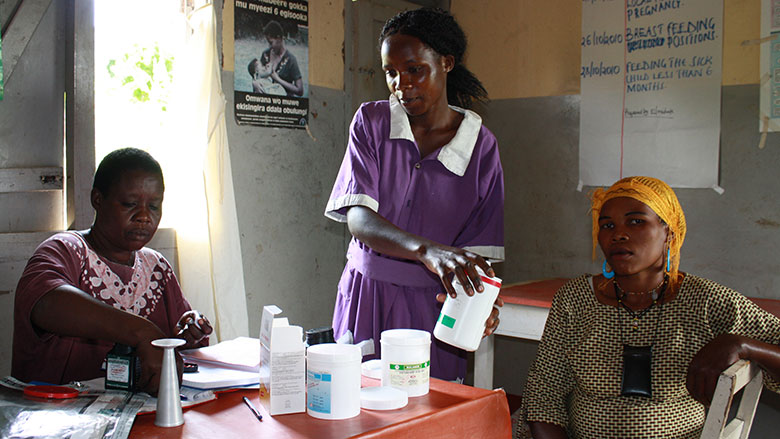 Uganda has affordable health care for some of its poorest women.

KANUNGU, May 30, 2017 - Anna Katushabe’s daughter came into the world in early May by Caesarean-section delivery, and so both mother and daughter spent longer than expected in Rugyeyo Community Hospital. Ordinarily, the longer stay would have been a worry for the young mother; for Anna, however, her C-section delivery cost only UShs 4,000, just over US$1.

The secret to keeping safe childbirth cheap lies in an innovative voucher programme that gives pregnant women affordable, effective medical attention. When she was four months pregnant, Anna bought a reproductive health care voucher for UShs 4,000. This gave her access to a health facility throughout her pregnancy, and she knew it would cover the delivery and medical care for six weeks after her baby’s birth as well.

Rugyeyo hospital is in Kanungu District, 260 miles (420km) from Kampala on Uganda’s border with the Democratic Republic of the Congo. A normal (vaginal) birth usually costs UShs 46,000 (US$13) at the hospital, while Caesarean births cost UShs 316,000 (US$88).

Uganda was the first country in Eastern Africa to use these health vouchers, starting with a pilot programme in 2006.

Funded by KfW, the German Development Bank, the pilot project, Healthy Life, subsidised the cost of treating sexually transmitted infections. The scheme expanded in 2008, when KfW and the World Bank’s Global Partnership on Output-Based Aid gave it US$6.2 million to subsidize safe deliveries as well.

The program in south-western Uganda was very successful, helping with nearly 66,000 deliveries, 130% of its initial target. Uganda’s Ministry of Health then expanded it to other districts through its Reproductive Health Voucher Project, which was funded with US$13.3 million from the Swedish International Development Agency (SIDA) through the Global Partnership on Output Based Aid (GPOBA). 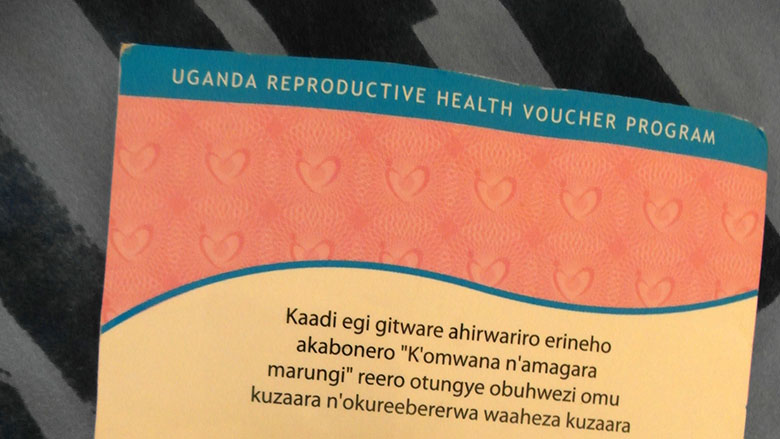 More than 200,000 vouchers have since been sold in 25 districts in south-western Uganda and central-eastern Uganda. Marie Stopes Uganda manages the distribution of vouchers, and a poverty-grading tool is designed to help the program reach the most vulnerable women.

The project’s objective is to increase the amount of access poorer women living in disadvantaged rural areas have to skilled medical care. It covers the cost of:

“This program started at our facility in May 2016,” Dr. Hadus Masereka, the medical superintendent at the hospital. “About 40 out of the 50 pregnant women who have ended-up delivering by C-section since, have had vouchers.” This saved the lives of women who would have been unable to afford this expensive, often emergency, procedure. Many Ugandan women deliver their babies in sometimes less-than-ideal conditions at home.

The voucher system shows that with a little money and innovation, the process of giving life does not have to be a matter of life and death for Ugandan mothers like Anna. By the end of March 2017, the project had provided help for more than 43,000 births, including 31,000 normal deliveries, 6,500 assisted deliveries, and 5,600 C-sections.

In some areas, the system has also reduced the burden public health care facilities face when it comes to childbirth care, because vouchers have made private, for-profit health centres accessible to women.