SHARISTAN DISTRICT, Daykundi Province – A father sits on a wooden chair and caresses his child, who is lying on a bed with his hand in a bandage. In a corner, a doctor checks the case papers of an elderly man whose hand is hooked up to an IV. The cleaner is scrubbing the floor with antiseptic and the air smells medicinal.

“Yesterday, my child fell from a height of three meters and lost consciousness,’’ says Mohammad Ibrahim, 35, a resident of Lokhtuk village. “When I came to Ulqan hospital, doctors treated us very well and they did everything they could to save my child. Now he is getting better.” Outside the Ulqan district hospital, there is a long line in the registration area of women who have brought their infants for vaccinations and a health checkup.

Ulqan is a 30-bed district hospital located in the Shahristan district of Daykundi in central Afghanistan. It is one of 39 health centers in Daykundi that provides health services under the System Enhancement for Health Action in Transition (SEHAT) Program, implemented by the Ministry of Public Health (MoPH).

Under SEHAT, Première Urgence-Aide Médicale Internationale (PU-AMI), a French nongovernmental organization (NGO) has been contracted to provide a Basic Package of Health Services (BPHS) at these health centers. A major achievement following the implementation of SEHAT has been the fall in infant and maternal deaths in the province. PU-AMI has been working closely with the health centers to reduce child and maternal mortality.

The purchase of an infant warmer and incubator machines for Ulqan hospital under SEHAT has helped cut infant mortality rates to near zero in the district.  “When there was no infant warmer or incubator machine in the hospital, we lost many newborns,” says Dr. Ahmad Masood Azimi, 32, PU-AMI supervisor in Shahristan district. “Now, we keep newborn babies with low body temperature in the machines and it has reduced infant mortality in Shahristan.”

Midwife Nazia, 43, affirms the achievement at the hospital: “Every month, 55 children are born in the Ulqan hospital. For the past two years, no mother or infant has died in our hospital.’’ The Ulqan district hospital was founded over 30 years ago as a small health center and now operates 24 hours a day. Its 35 staff members include a surgeon, doctors, nurses, midwives, laboratory technicians, vaccinators, and a pharmacist, covering a population of some 35,000. 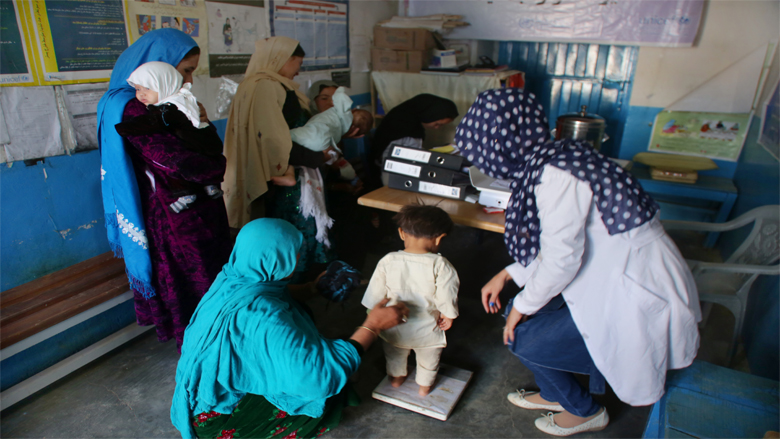 Thanks to the provision of basic package of health services provided by the Ministry of Public Health's SEHAT Program, latest data indicate infant mortality has fallen from 27 per 1,000 live births in 2015 to 19 per 1,000 last year in central Daykundi Province.

Photo Credit: Rumi Consultancy/ World Bank
" Every month, 55 children are born in the Ulqan hospital. For the past two years, no mother or infant has died in our hospital. " 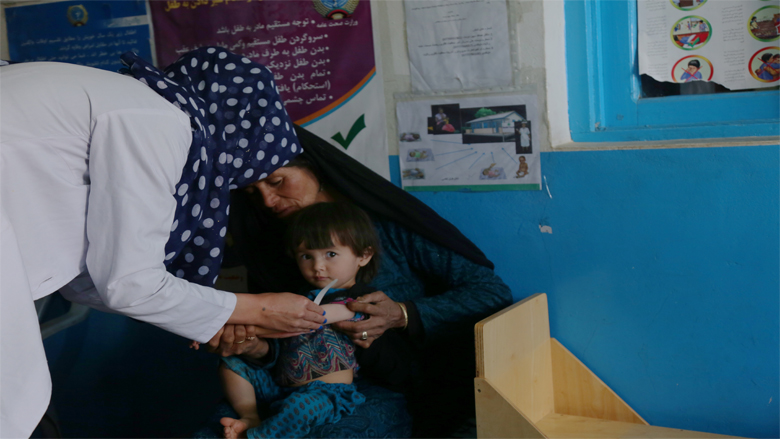 In Daykundi Province, a non-governmental organization, PU-AMI, contract is one of several performance-based partnership agreements between Ministry of Public Health and NGOs to deliver the defined package of basic health services and essential hospital services with funding support provided through SEHAT Program.

SEHAT aims to expand the scope, quality, and coverage of health services provided to the population, particularly for the poor. It supports the provision and improvement of a basic package of health services and an essential package of hospital services to the entire country. It is supported by the International Development Association (IDA), the World Bank Group’s fund for the poorest countries, and the Afghanistan Reconstruction Trust Fund (ARTF), in partnership with multiple donors.

Since 2014, PU-AMI has implemented the BPHS, a set of six objectives that include increasing access to health services, building health staff capacity, promoting monitoring and evaluation, and managing pharmaceuticals, in Daykundi Province. PU-AMI’s contract is one of several performance-based partnership agreements between MoPH and NGOs to deliver the defined package of basic health services and essential hospital services. The provision of services by NGOs are monitored through the regular health management information system, and through facility and community assessment carried out by a third party

Staff in the health centers under SEHAT receive training regularly in their field. In addition, the 329 health posts of the 39 health centers work closely with midwives and community health workers across the province and hold health-related seminars for villagers.

SEHAT provides Community Midwifery Education (CME) and Community Health Nursing Education (CHNE) programs to strengthen the capacity of women living in the province who want to study nursing or midwifery. The programs build strong trust between the people and health centers because graduates return to work in their villages.

In 2016, 24 women graduated from the CME program and 23 women from the CHNE program in Daykundi. These women were from the eight districts of the province and returned to their districts to work in the health centers after graduation. “When I graduated from school, I wanted to study nursing but my family’s economic problems prevented me from doing so,” says Nasima, 23, a fresh graduate of the CHNE program in Daykundi. “Now that I have successfully graduated from CHNE, I will serve my fellow villagers as a nurse to reduce death rates and raise their awareness.”