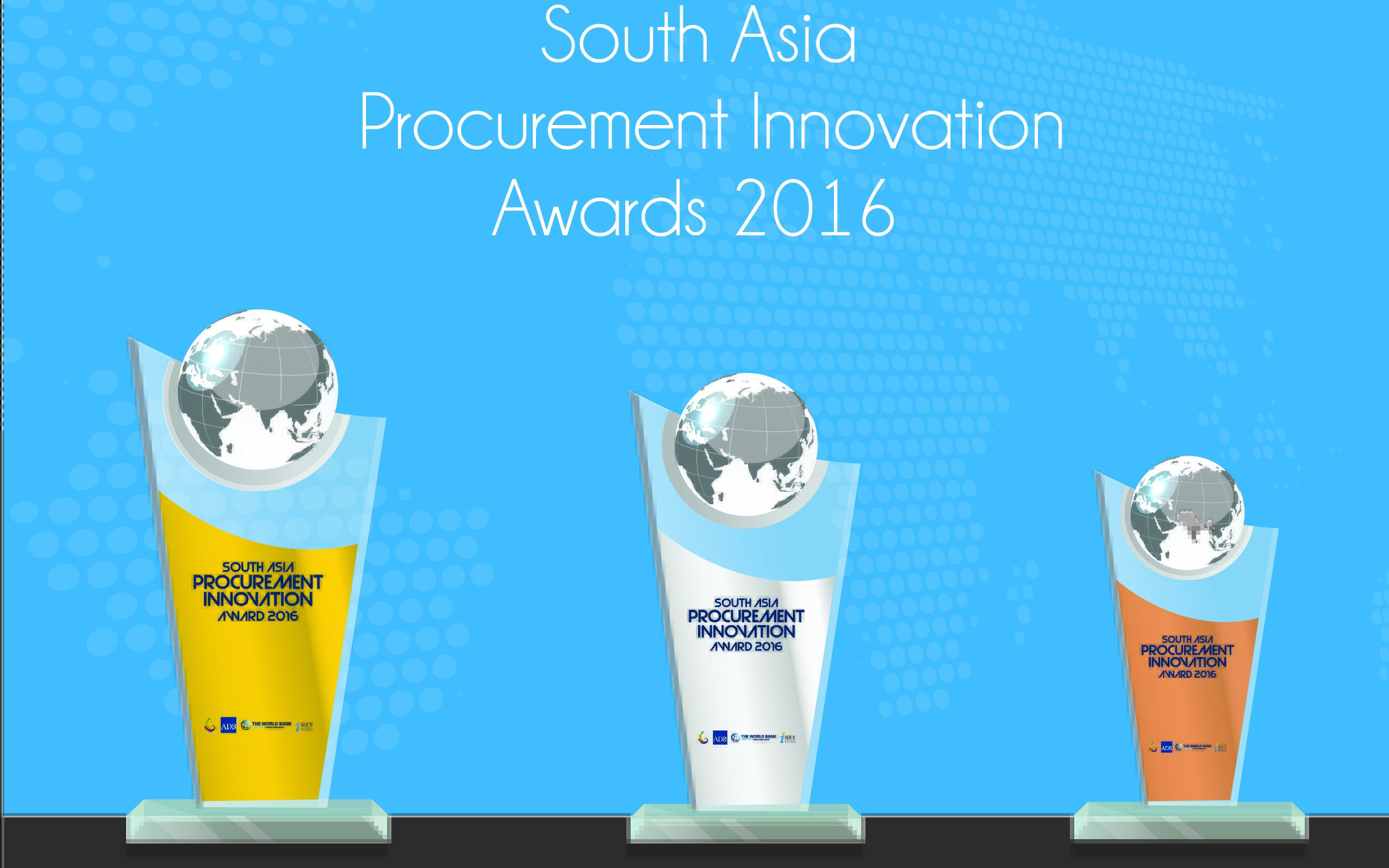 COLOMBO/KABUL – The On-Farm Water Management Project (OFWMP) is the first winner in its country category of the South Asia Innovation Procurement Award for 2016-2017. The project won best innovative procurement system, amongst 13 Afghanistan entries. A Government of Afghanistan delegation is currently in Colombo, Sri Lanka, to receive the prestigious award and attend the Fourth South Asia Region Public Procurement Conference from February 20-23, 2017.

A week earlier, a stream of bright-eyed men and women crowded together in their office in Kabul. Their team leader, Mohammad Homayun Sulaimankhil, had called them in to share the news of their project’s big success. The team works in the procurement department of OFWMP, a Ministry of Agriculture, Irrigation and Livestock (MAIL) project that aims to improve agricultural productivity in project areas by enhancing the efficient use of water.

The winning initiative achieves time-cost efficiency by using innovative IT-enabled procurement and contract management solutions. “In a challenging and difficult environment like Afghanistan, such solutions are a boon to any organization trying to make a difference,” says Assadullah Zamir, Minister of Agriculture, Irrigation and Livestock. “Recognition of our continuous efforts to improve our governance system through mechanisms such as the South Asia Innovation Procurement Award is not only an honor for us, but, equally important, it highlights that reforms can be implemented even in challenging environments.”

The South Asia Innovation Procurement Award was launched in 2016 by the World Bank in partnership with the South Asia Regional Public Procurement Network (SAPPN), the Asian Development Bank and Procurement iNET. “The key objective of the award is to enhance learning and knowledge sharing from innovative approaches adapted by procurement entities and systems across the region,” says Shubham Chaudhuri, World Bank Country Director for Afghanistan.

Each entry competes on a country basis and is subject to a competitive selection process based on three criteria—level of innovations; replicability of the solution; scalability and sustainability. 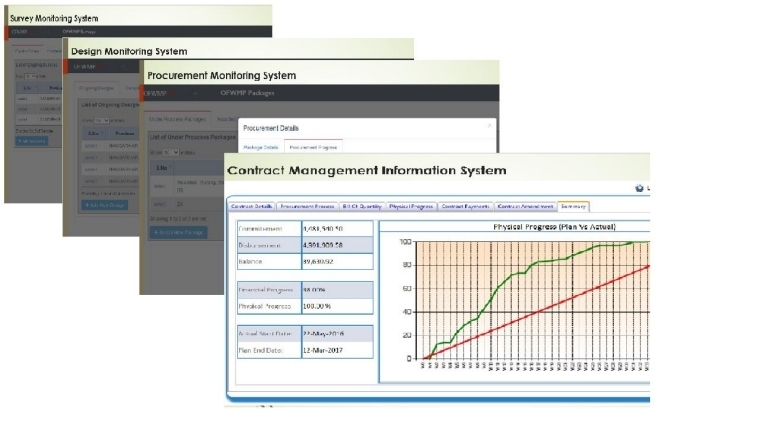 Photo Credit: World Bank
" The South Asia Innovation Procurement Award is not only an honor for us, but, equally important, it highlights that reforms can be implemented even in challenging environments.  " 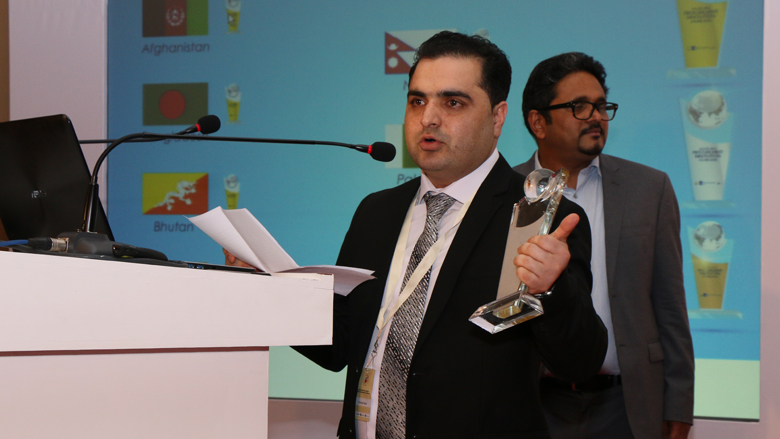 "PMIS is an end-to-end system that will help us save time at all levels of decision-making,” says Pervaiz Ahmad Naseri, Project Manager at OFWMP, after receiving the award on February 21, 2017.

OFWMP developed the innovative procurement system as an integral part of their project management system after identifying a major weakness in the process. “In 2011, when we started OFWMP, we did not have the capacity to complete our projects on time” explains Homayun, Procurement Specialist at OFWMP. “Once we realized this was a big weakness, we developed a modern procurement system that has now won this prestigious award. The transparent system reduces time wastage and weeds out corruption, two of the biggest roadblocks to successful, timely and efficient procurement.”

The new procurement system has reduced the survey and design phase time from 219 days to 59 days, and the finalizing and awarding of contracts from 165 days to 76 days. The quick turnaround, has boosted the number bidders/contractors. Contractors, like Abdul Sattar, feel encouraged to bid for various work packages of the project. “OFWMP has a transparent procurement system, which saves processing time across the entire value chain and enables contractors to complete the contracts on time,” says Sattar, 35, Director of Itihad-e-Karawan Construction Company. Sattar’s company was awarded a contract to complete the Bota Zar irrigation canal in Hase-e-Dowam district in Kapisa Province. “I hope to see this kind of system in every governmental project, since it makes the bidding process transparent and encourages the private sector to participate in biddings without any fear,” he adds.

With a $70 million grant from the Afghanistan Reconstruction Trust Fund (ARTF), OFWMP works through five regional offices across Afghanistan—Kabul, Nangarhar (Jalalabad), Mazar-i-Sharif (Balkh), Baghlan, and Herat. The project is scheduled to run until 2019.

To date, OFWMP has surveyed and designed over 170 irrigation contracts, 86 of which have been completed. In 2016 alone, when the new procurement system was implemented, OFWMP worked on 90 active sites, with 12 now completed, while the rest are in the survey, design, or procurement phases.

The modern procurement system has enabled the project to achieve its objectives. “OFWMP support has enabled MAIL to develop facilities and systems for many Afghan farmers and training them in the use of modern irrigation practices,” Minister Zamir points out.

Khoja Noor Ali, 54, a farmer in Kapisa Province, agrees that the quick turnaround of an irrigation contract last year has been of great benefit.  “We are very happy and satisfied that OFWMP paved our irrigation canal in only four months,” he says. Noor Ali is a beneficiary of the newly paved Bota Zar irrigation canal. He adds, “I thought I would not be able to cultivate all my land this year because of the paving, but it was completed very quickly and I managed to cultivate my two hectares of land in 2016 too.”

Smart Implementation is Next Step

Winning the award has made the project team more enthused to push forward with the right kind of innovation, to get more done, better and faster. OFWMP is now in the process of developing and implementing a smart Procurement Management Information System (PMIS), which is expected to make project implementation easier and more transparent.

“PMIS is an end-to-end system that will help us save time at all levels of decision-making—right from project selection to survey and design monitoring, to procurement, contract management and invoice tracking,” says Pervaiz Ahmad Naseri, Project Manager at OFWMP. “Through this system we will easily track, by clicks on our computer, how much work has been done and how much more time is needed.”

The reforms in OFWMP are part of a wider thrust by the government to improve governance to prevent corruption.  “The Government of Afghanistan is extremely grateful to the award’s jury for selecting OFWMP,” says Yama Yari, National Procurement Authority (NPA) Director. “Bringing about reforms in the OFWMP procurement system is one of the many steps the government is taking to improve and, most importantly, ensure transparent procurement processes to mitigate corruption risks in Afghanistan. The government is committed to introducing and implementing yet more robust procurement systems and processes to minimize potential corruption.”