Located on the southern Mediterranean coast of Lebanon, Tyre is an idyllic coastal town with a rich history dating back thousands of years. Besieged by Alexander the Great, the city has an astonishing cultural heritage, centered on an ancient harbor that established the town as a thriving Phoenician trading port centuries ago. The harbor is still used by local fishermen, but fell into disrepair after years of conflict. Broken docks, brownfields, crumbling pavement, and an aging fishermen’s marketplace were all evidence of a forgotten past.

“In the current environment, fishermen struggled to make a decent living and lacked the proper space to carry out their time-honored trade,” said Ede Ijjasz-Vasquez, Senior Director of the World Bank’s Social, Urban, Rural and Resilience Global Practice. “By convening members of the local community to have a dialogue and understand their needs, the project revitalized the harbor – breathing life back into the port and its surrounding historic neighborhoods, and creating a place where the community can come together.”

The list of improvements delivered in Tyre by the project, known as the Cultural Heritage and Urban Development Project (CHUD), is long. Wider sidewalks and new lighting help pedestrians walk safely, historic streets have been rehabilitated, and a new square and large formal marketplace for vegetable, clothing, and meat vendors offer renovated venues for community gatherings and exchanges. The existing docks were widened and extended, a new dock built, and equipment repaired. A new warehouse was built to store irregularly used equipment. A fuel station was repaired, so the fishermen can now buy as a collective, allowing them to reduce their operating costs. The old fish market building was removed and replaced with an improved structure to house the fishermen syndicate’s office, a café, and a new fisherman’s auction market. 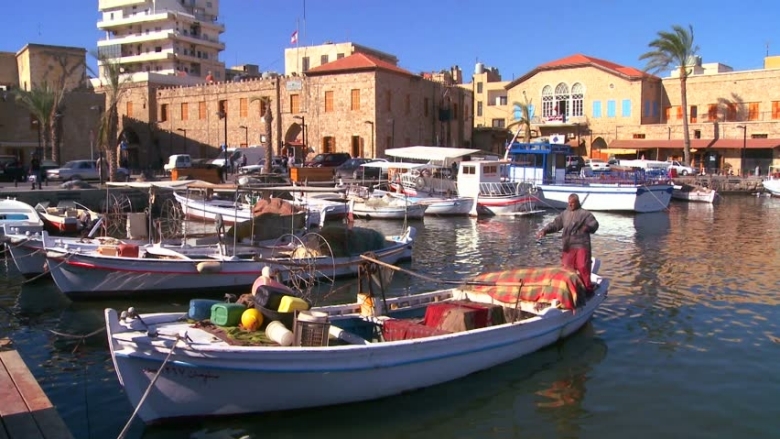 Once fully functioning, the new auction market will improve the fishermen’s lives even more. At the moment, they are bound by monthly contracts and paid a fixed fee, regardless of how valuable their catch. By switching to an auction format, fishermen will be able to sell their produce directly to customers and be compensated for the true market value of their fish.

“These improvements transformed the way fishermen work, increasing the quality of their produce, which, in turn, helps increase their incomes and quality of life,” said Ayat Soliman, Urban and Disaster Risk Management Practice Manager for the Middle East and North Africa region at the World Bank, “But perhaps even more importantly, the project fundamentally changed the dynamic between the city, the port, and the community.”

Linking public space, cultural heritage, and private business, the project created a space for residents to live and enjoy, with walkable, public areas. Cafés and boutique hotels sprung up along the edge of the water overlooking the port.

“These business initiatives have all created new jobs and economic opportunities for the local community,” said Guido Licciardi, a Senior Development Specialist in the Middle East and North Africa region, who led the project for the World Bank. “With the renewed confidence and trust in the future, adjoining property owners started investing to renovate and rehabilitate their homes.”

Tyre is not the only town in Lebanon where the revitalization of historic assets provided larger societal benefits.

Conservation of the Temple of Bacchus in Baalbeck. (Video: Ministry of Culture, Council for Development and Reconstruction, Lebanon)

In the town of Baalbeck, the project financed the conservation of the Temple of Bacchus, an astonishing Roman temple. This past summer, the temple hosted the 60th International Festival of Baalbeck, attracting large numbers of visitors from Lebanon and the region. Conservation works undertaken by the project provided much-needed employment to people residing in the nearby areas – with 70% of the workforce being Syrian refugees.

In Byblos, the municipality and Byblos Bank created a Christmas village featuring local NGOs in the center of Via Romana, another historic site rehabilitated by the project. In the gingerbread house stalls, visitors can buy local products and learn more about the NGOs. Keeping up with the Christmas spirit, they are even able to donate to humanitarian causes via SMS.  This innovative concept is in its third consecutive year, and keeps growing. 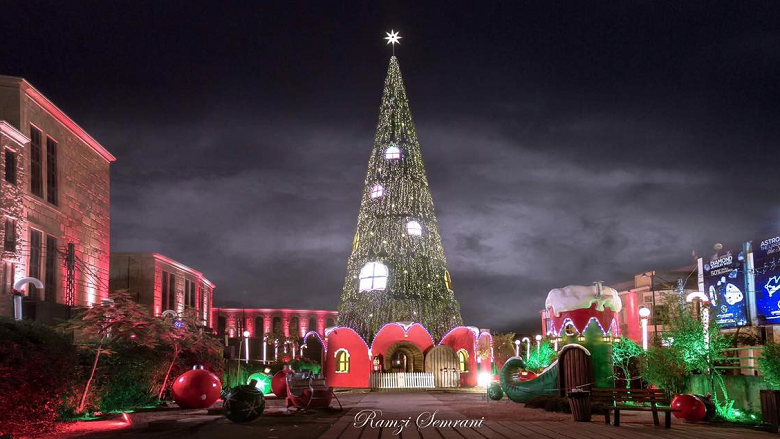 Via Romana in Byblos, one of the historic sites renovated by the CHUD project, turns into a Christmas village—sponsored by the municipal government and Byblos Bank—and a place for charitable activities during the holiday season. (Photo: Ramzi Semrani, courtesy of the municipality of Byblos)