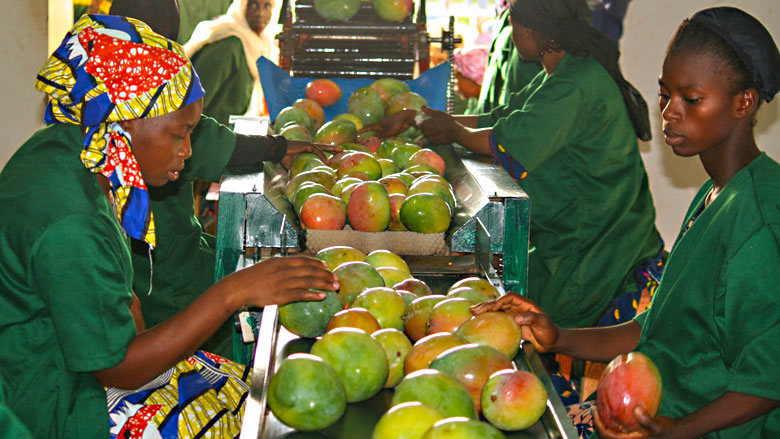 WASHINGTON, November 28, 2016— Mali, specifically the country’s southern region, is among the largest mango producers in West Africa and among the fastest growing mango exporters in the world. In 2015, Mali produced 600,000 tons of mangoes, contributing to $30 million in exports.

But, of all the mangoes grown and produced in 2015, the country’s mango industry exported only 6 percent.

CEDIAM is the largest fruit and vegetable processing company in Mali. In 2015, the company bought 11,000 tons of mangoes from local farmers and produced 5,000 tons of puree and concentrate.

With the right access to quality raw materials, however, CEDIAM could have produced 25,000 tons.

In 2015 for example, CEDIAM used only 20 percent of its capacity to process mangoes.

“With more training and the right linkages along the value chain,” said Um, “farmers could grow more and better quality fruit and CEDIAM and other processors could produce thousands more tons of mangoes, helping firms and the country better compete at the international level.”

On November 22nd, the World Bank Group approved a US$30 million credit to support the Government of Mali’s Support to Agro-Industrial Competitiveness Project.

The project aims to increase the processing of agricultural products in Mali’s Sikasso-Bamako-Koulikoro region. The Sikasso region represents approximately 90 percent of mango growers and producers in Mali, and yields the country’s highest number of mangos. The region also boasts Mali’s highest poverty rate and most of its residents are subsistence farmers.

The new project will connect up to 5,000 small farmers to agro-processors, traders and exporters, allowing them to increase sales of their harvests. The project will also provide support to farmers in drawing up contracts with the various actors along the mango value chain, ultimately increasing earnings and creating more job opportunities.

“We welcome the continuing support of the World Bank Group with regard to the mango value chain, particularly in promoting processing and exports,” Fofana said. “While there is a potential for expanding revenues for all actors in the mango value chain (nurseries, farmers, rural assemblers, processors, and exporters), this can only be done through good coordination amongst ourselves in the value chain and a constructive dialogue with Government.”

The project will also finance the improvement of 300 km of rural roads. Currently, poor road conditions cause longer travel times, damaged delivery trucks and bruising of fruit, which limits sales.

" With more training and the right linkages along the value chain, farmers could grow more and better quality fruit. " 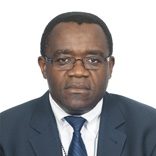 Learning from other regions

One unique approach of the project will be to expand market opportunities to the poorest farmers through creating and enhancing farmer cooperatives and business associations, and encouraging farmers and processers to work together in order to boost access to financing, including loans and grants.

This “productive alliance model” has been successful throughout Latin America and is being piloted, through the Agro-Industrial Competitiveness project, in Sub Saharan Africa, said Alexandre Laure, a Senior Private Sector Specialist in the World Bank Group’s Trade & Competitiveness Global Practice, the project’s task team leader. “This model not only strengthens linkages along the value chain, it gives farmers an incentive to increase their productivity and in turn their earnings, and introduces them, through access to larger firms, to more modern technology,” he said.

The new project is expected to increase revenues and lower production and processing costs for all actors in Mali’s mango industry. It builds on the success of the recently completed Agricultural Competitiveness Diversification Project, which was instrumental in more than tripling Mali’s mango exports – from 10,500 tons in 2008 to 38,800 tons in 2015 – to Europe, the Maghreb, and the Economic Community of West African States.

The new project supports the World Bank Group’s Joint Implementation Plan for Mali, which focuses on agriculture and livestock, and aims to reduce poverty through private sector investment in agribusiness. Close coordination between the World Bank, through its Agriculture and Trade & Competitiveness global practices; the International Finance Corporation (IFC); and Multilateral Investment Guarantee Agency will play an important role in supporting commercial value chain development in areas including governance, infrastructure, and services.

Using this joint approach, the World Bank Group is helping to provide a package of integrated solutions for the new project, which aims to increase processing in the mango and animal feed value chains. It will address major constraints faced by industrial firms and create relationships among all actors, bringing them into the formal private sector. In addition, the IFC is exploring investment opportunities to support CEDIAM.