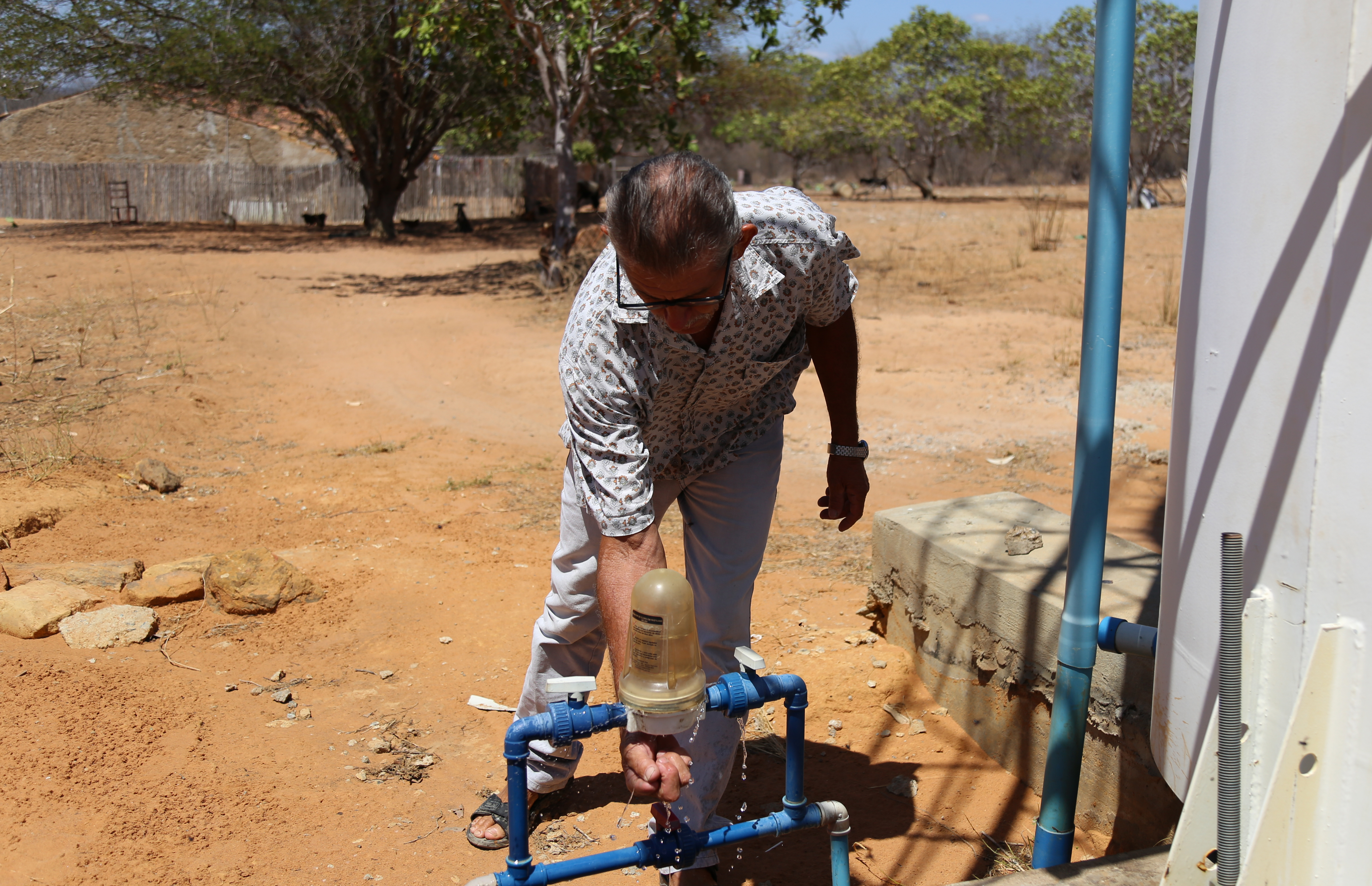 If Brazil has nearly a fifth of the world’s water reserves, then why are water shortages so often in the news lately?

There are many answers to that question, ranging from the way in which water resources are geographically distributed and the degradation of the areas surrounding river basins to climate change and poor supply infrastructure.

The sectors that most contribute to the economy are also those most dependent on water. For example, 62% of Brazil’s energy is generated through hydropower plants. Water is also essential for agriculture, another important sector of the country’s economy. According to the National Water Agency (ANA), irrigation consumes 72% of Brazil’s water supply.

This dependency means that when there is a water shortage – as evidenced by the experience in San Paulo in 2014 and 2015 – the productivity of different economic sectors may be at risk.

These and other topics are examined in the new World Bank report, the Systematic Country Diagnostic, which discusses how natural resources can contribute to the country’s economic development.

"For a few months in Sao Paulo, it was not clear whether industries such as the aluminum industry, a large water consumer, could continue at the same level of production as before the crisis,” said Gregor Wolf, head of the World Bank’s Sustainable Development Program in Brazil.

The report reviews key aspects of Brazil’s water resource management and analyzes the main obstacles that must be overcome in order to establish a sustainable, comprehensive model.

In light of the growing scientific evidence on deforestation, forest degradation and changes in rainfall patterns, the report warns that water crises such as the current one in Sao Paulo could become commonplace over the next four decades. These events could affect the water supply, agricultural production and energy generation, among other activities. The study also highlights the reduction in deforestation of the Amazon in recent years (by 82%) and regulations such as the Forestry Code, which were developed to help protect natural resources in rural areas. These are recent successes following decades of devastation. There is also a growing need for continual monitoring to ensure that those resources will not be lost.

Brazil is the world’s second-largest food exporter. In a country where agriculture and agroindustry account for 8.4% of GDP, irrigated lands have increased exponentially over the past decade and water consumption is expected to continue to rise.  Currently, less than 20% of irrigated lands have access to irrigation. In the energy sector, hydropower plants will continue to generate most of Brazil’s electricity even with the diversification of energy sources planned over the next two decades.

Industry continues to be a leading contributor to environmental degradation in Brazil. According to the World Bank report, researchers found industrial effluents, including heavy metals, in water bodies in several metropolitan areas. Industrial wastewater is discharged into waterways without prior treatment. In Sao Paulo and Recife, for example, this has made surrounding rivers unsafe sources of potable water, thereby forcing the cities to procure water from distant basins or from wells.  The expected growth of industrial complexes, particularly in the Northeast, will potentially result in long-term environmental impacts, such as pollution and the competition for natural resources (mainly water).

Among the poorest 40% of the population, the percentage of households with toilets connected to the sanitation network rose from 33% in 2004 to 43% in 2013. Nevertheless, access is still low compared with the wealthier population. Other key differences are apparent in figures for national water coverage (82.5%), wastewater (48.6%) and real wastewater treatment (39%). The lack of wastewater treatment means that pollutants are discharged directly into the water or processed in unregulated septic tanks, with serious consequences for water quality, and consequently, for the well-being of the population.

What needs to be improved?

Many water companies suffer significant water losses (more than a third of the supply, on average), have excess staff and high operating costs. The financing of the sector is based on crossed tariffs and subsidies, with an obsolete tariff structure incapable of generating more efficient, sustainable services. The result: the companies have insufficient capital to increase coverage and to make the infrastructure more resilient to extreme climate events (droughts and floods).

The report also stresses that the quality of life of Brazil’s poorest citizens is closely related to the management of water and other natural resources, for which reason policies are urgently needed to conserve them.