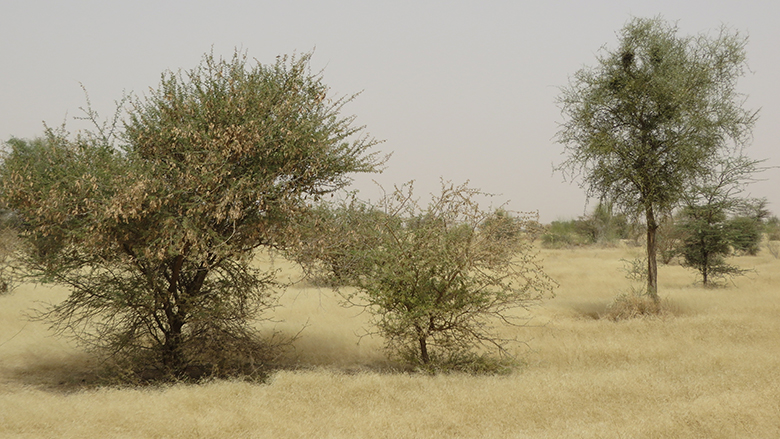 From East to West, the majority of Sub-Saharan Africa is dominated by drylands, where half the continent’s population and three quarters of its poor reside. Today, severe drought and other environmental shocks impact the livelihood opportunities of millions in Africa. Without action, many more will be put at risk as climate change threatens to expand the reach of drylands by up to 20 percent.

In response, the African Union launched the Great Green Wall Initiative in 2007 as a pan-African effort to battle desertification and tackle poverty and land degradation across the Sahel-Sahara region of the continent. The program held its first ever international conference from May 2-7 in Dakar, Senegal. Over twenty African Ministers and development partners came together to confirm their political and financial commitment to the initiative and prepare a roadmap for the scale up of transformational action on the ground.

In his keynote address, the World Bank’s Director of Sustainable Development for the Africa Region, Jamal Saghir, emphasized the need for large scale investment to strengthen the resilience of communities and landscapes as key to tackling the serious challenges of poverty, environmental security and humanitarian crises across Africa’s drylands.

Mauritania has been one of the African countries hardest hit by drought and desertification over the past 30 years. The country’s Environment and Sustainable Development Minister, Mr. Amedi Camara, led a delegation to the Great Green Wall Conference and has been active in promoting Mauritania’s role in this effort through integrated, multisectoral programs which combine benefits to both people and the environment.

In the Sahel region of Mauritania, a traditional resource is being deployed in the fight against desertification and rural poverty. The Acacia tree, which thrives in dry and hot southern Mauritania, has long been prized as a source of gum arabic-- a natural gum made of hardened sap. This incredibly versatile ingredient has been in use for 4,000 years. Today, it is a staple in the food and pharmaceutical industries as a stabilizer in many of the foods, beverages and medicines we consume.

Gum arabic, like the Acacia tree from which it flows, is deeply rooted in the land and history of Mauritania. Cultivated and consumed in West Africa for centuries, it became an important export to Europe starting in the 17th century. Mauritania was once the world’s second largest exporter of gum arabic, producing an annual average of 5,700 tons at its peak. Production dropped dramatically, however, during the severe droughts of the 1970s and 1980s. The ensuing mass migration from rural to urban areas also cut down on production. Now, Mauritania only produces around 500 tons of gum arabic per year. 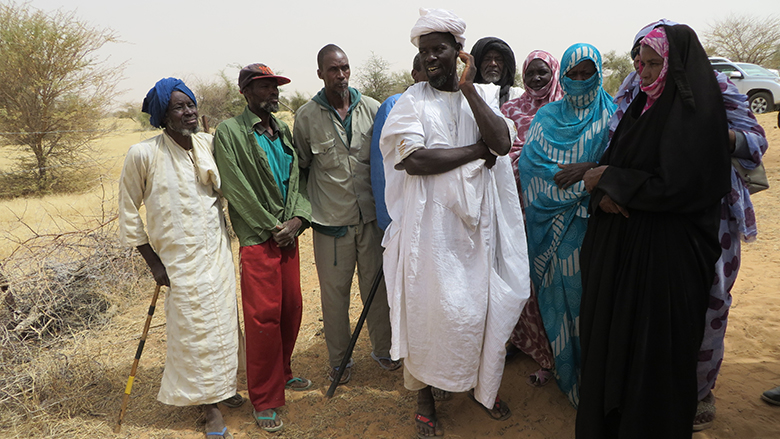 Villagers from Wabounde, in the region of Brakna, Mauritania, are working to regenerate Acacia trees and expand gum arabic production. Photo: Shirin Wertime

To capitalize on gum arabic’s socio-economic potential and the Acacia tree’s drought-resistant qualities, the World Bank is supporting Mauritania as it regenerates Acacia trees and expands gum arabic production. Part of the $1.1 billion GEF/World Bank Sahel and West Africa Program (SAWAP) in support of the Great Green Wall Initiative, this project will help restore degraded ecosystems and improve rural livelihoods while helping to stave off encroachment of the Sahara desert. According to the project’s coordinator, Mr. Boubacar Diop of the Ministry of Environment and Sustainable Development, special emphasis is placed on “address[ing] the ecological and socio-economic vulnerability of disadvantaged rural populations to ensure they derive the greatest benefit from gum arabic through promotion of rational and participatory sustainable landscape management techniques.”

Working with the Mauritanian Ministry of Environment and Sustainable Development, as well as local authorities and communities, SAWAP will strengthen sustainable landscape management in 39 communes in the southern regions of Trarza, Brakna and Gorgol. Geographically positioned at the frontline of the southward-expanding Sahara desert, these regions are home to gum arabic producing ecosystems that help fight desertification, and enrich and retain soil and water.  The Bank’s recent study on inclusive green growth in Mauritania stressed the need to develop income-generating activities linked to renewable natural resources. The project aims to achieve this through trainings and other help to enable the development of a sustainable gum arabic value chain by enhancing access to commercial markets.

The project will target sites that have Acacia regeneration potential and proximity to villages—like Wabounde, in the region of Brakna. In Mauritania, 70 percent of the poor live in rural areas, where communities struggle to survive in the face of weak agricultural productivity and low and unreliable rainfall.

A potential collaboration with the project could improve the Wabounde community’s livelihood prospects through the production and sale of gum arabic. The people of the village know their long-term prosperity is connected to that of the land. They look forward to a brighter future in which, by providing for themselves, they can help protect the health of the ecosystem for generations to come.