In Sri Lanka, Mobilizing the Community to Start a School 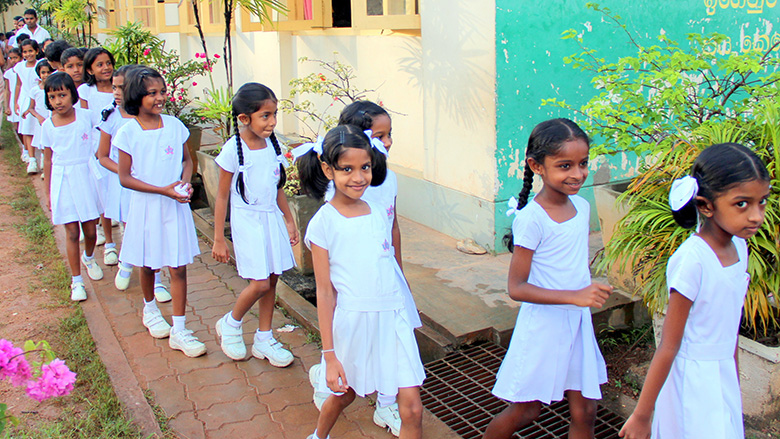 Students filing in for their morning assembly on the last day of school in anticipation of receiving their report cards and the start of break.

The school semester is reaching its end and white uniform-clad students anxiously await the pink report cards to be handed out by their teachers. The scene takes place in the Sujatha Balika Vidyalaya School, located in an area of Colombo where many urban poor reside.

The school used to be empty and, upon its founding in 2009, accommodated only 10 students. Now the school is thriving and more than 1,000 students are learning a variety of subjects: English, computer science, and religion – all thanks to the school principal whose leadership paved the way for girls’ education.

Sri Lanka involves about four million children and 215,000 teachers in 10,000 schools. However, public investments in education are modest compared to countries with similar income status. Education expenditure accounts for 1.9 percent of GDP, roughly 7.3 percent of the government’s budget.

In addition, skills in high demand in the global knowledge economy, such as English, information and communications technology (ICT), science, and mathematics are not widely taught and significant regional disparities persist.

With support from the World Bank, the Ministry of Education introduced in 2012 the Program for School Improvement (PSI), which aims to give schools more managerial independence to help improve school performance and student learning. The program is implemented in partnership by the School Development Committee (SDC) and School Management Committee (SMC) under the leadership of designated school principals, who are responsible for executing all elements of the PSI cycle in their schools. So far, 6,500 schools have completed the PSI cycle from 2012-2014, out of 10,000 public sector schools in Sri Lanka. 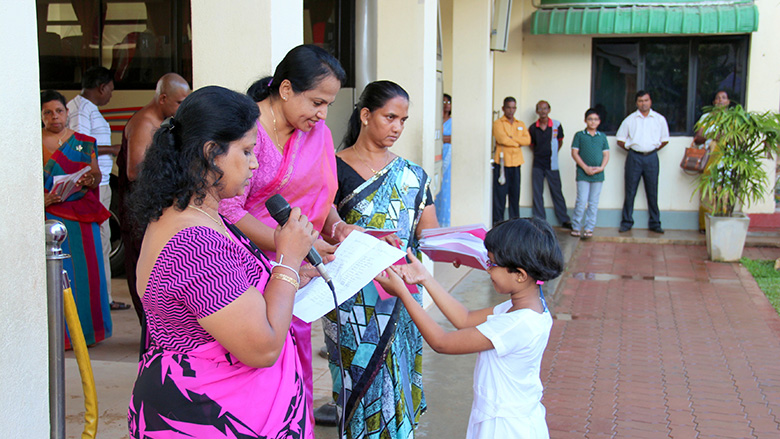 Students eagerly and graciously receive their report cards on the last day of school.

Joe Qian/World Bank
" The school gave me opportunities, and I gained leadership skills and confidence. My favorite subject is science, and I want to be a doctor.  " 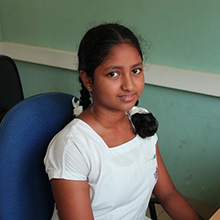 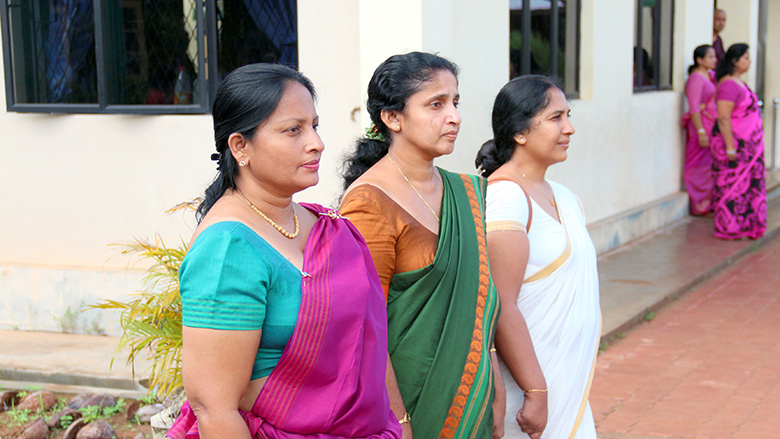 Priyangika Wijesinghe (left), who is school principal at Sujatha Balika Vidyalaya worked closely with parents, teachers and the community to pool together resources and provide free supplies and free lunches. By 2017, she expects her students to be one of the original ten to go to university.

A School Principal’s Leadership and Vision

Six years ago, Priyangika Wijesinghe, who is the school principal at Sujatha Balika Vidyalaya, saw in the then abandoned school an opportunity to provide primary education to children living in poor urban areas. At first, she experienced resistance from parents who could not afford basic education supplies and were afraid their children might be teased as a result. Priyangika Wijesinghe worked closely with parents, teachers and the community to pool together resources and provide free supplies and free lunches for all children.

Priyangika Wijesinghe acquired the community’s trust by standardizing the school accounting system. By gaining a better understanding of the school finances, the parents started to volunteer for school activities, such as cooking lunch and fundraising for school supplies. Thanks to volunteers, the school is now able to save money and utilize the government’s subsidies for other priorities.

Opening up Opportunities for Students

Eight-grade student Imandi Wijayaratne joined the school in 2009. Her favorite subject is science and her dream is to become a doctor. By 2017, Priyangika Wijesinghe expects her to be one of the original ten students who will go to university.

There are many inspiring stories in the education sector in Sri Lanka; including a principal who founded the school in an old public bus and another, who started a school by invigorating the local community with his passion to prevent kids from illicit activities.

PSI has made it possible to provide education regardless of students’ economic backgrounds.  As demonstrated by Priyangika Wijesinghe, strong leadership and community involvement are necessary for the program’s sustainable success. These environments seek to foster a positive attitude from students; as one principal put it, to attain success, “attitude comes first before knowledge and skills.”