Revving the Engine of Services Trade 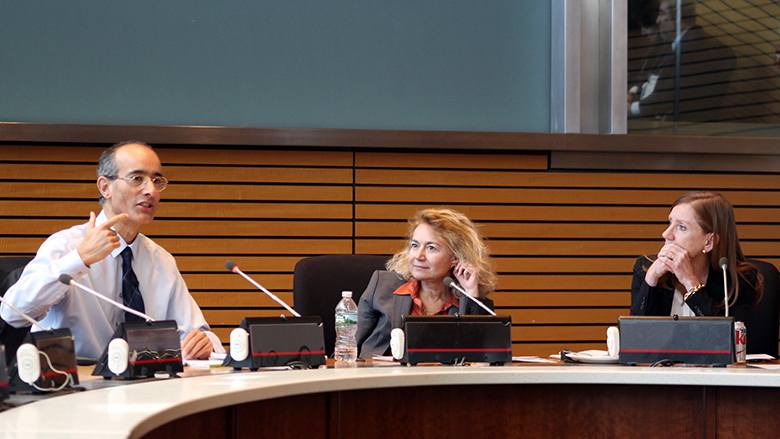 Trade fell dramatically during the 2008 financial crisis and has grown sluggishly since then. But this overall trend obscures an important fact: trade in services has proven remarkably resilient, and has been steadily growing since 2010. This expansion of services trade—from health and education to transport, telecommunications, and tourism—presents developing countries with significant opportunities.

“There are many questions around services trade we are still trying to understand better,” said Research Director Asli Demirguc-Kunt, who hosted the event. “What impedes services trade? How should we best design service trade policies? And what is the development impact? The answers to these questions matter since the services sector is getting bigger by the year in many developing countries.”

As Mattoo made clear, trade in services is vital not only for rich countries but also the developing world. Drawing on data on the 40 poorest countries in the world, Mattoo found that services account for more than half of GDP and employment.

“If these countries are to grow, and lift people out of poverty, there needs to be a dramatic improvement in the state of services,” Mattoo said. Services are important not only because of their share of GDP, but also because other industries, including manufacturing and agriculture, depend on the strength of the sector.

Trade in services includes cross-border trade in communications and transport, as well as outsourced business services; consumption abroad by foreigners of tourism, health and education; foreign direct investment (FDI) in banking, communication, and distribution; and temporary migration of doctors and teachers.  Together, trade in these services through different modes could have a transformative effect on poorer countries.

In his research, Mattoo found that openness to trade in services is associated not only with more rapid growth but also increased economic stability. “Countries that are more dependent on services exports, saw less volatility in trade during the financial crisis,” he said.

Mattoo highlighted two phenomena that are together creating a surge in opportunities in services trade. The first is advancement in technology that is dramatically changing the way people access service providers and reducing the need for in-person interaction. Telemedicine, mobile banking, and digitized business services are all good examples of this phenomenon.

" What you need is a credible mechanism to protect consumers from international market failures. " 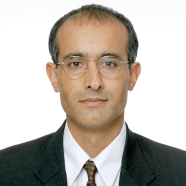 Shifting demographics are also an important factor. Old and young people tend to consume different types of services, with older people in particular spending more on health and personal care. And aging countries with shrinking workforces are less able to produce these services themselves.  This creates opportunities for developing countries to meet growing demand in overburdened sectors in wealthier countries.

Mattoo urged policy makers not to give in to an unwarranted services trade pessimism arising from a large unskilled workforce. Citing India as an example, Mattoo explained that even though service exports tend to be more skill intensive than manufactured goods, many less skill-intensive jobs can still be generated through supporting industries such as construction and on-site restaurants.

But divergent globalization means that some developing countries have benefited from these new opportunities, while others have not.

Mattoo highlighted the work of the World Bank in assisting Zambia to reform sectors like transport and telecoms. While the country scrapped public monopolies in these sectors, appropriate regulatory structures were not put in place early on to ensure a competitive and fair marketplace. Mattoo emphasized the need to better sequence reform efforts so that service sectors would deliver equitably within a country rather than just serving the well off.

Internationally, neither the Doha Round nor the Trans-Pacific Partnership have made significant progress on tackling barriers to trade in services. Drawing on the Services Trade Restrictions Database, Mattoo highlighted the extensive barriers in the services sector, which include often opaque instruments like limits on ownership, foreign providers, foreign personnel; discriminatory taxes; and subsidies to national providers.

A new approach to trade negotiations is needed that better reflects the inherent differences between services and goods. Importing countries can inspect goods at their ports and other points of entry to ensure they meet domestic regulatory standards. Services are typically consumed as they are produced, making international transactions harder to regulate.

“What you need is a credible mechanism to protect consumers from international market failures,” said Mattoo. “The new proposal is to have regulatory commitments by exporting countries to protect foreign consumer interests in return for market access commitments by importers.” Mattoo pointed to examples where this type of exchange is already happening, such as the US promise to protect the privacy of EU citizens to ensure data flows across the Atlantic.

Anabel Gonzalez, Senior Director of the Global Practice on Trade and Competitiveness, underlined the value of generating data like the Services Trade Restrictions Database in areas where rigorous evidence is often lacking. “This data serves as a critical input in driving and providing the evidence base for reform,” she said.