I’d Like You To Know: Hard Yeun Village’s Story 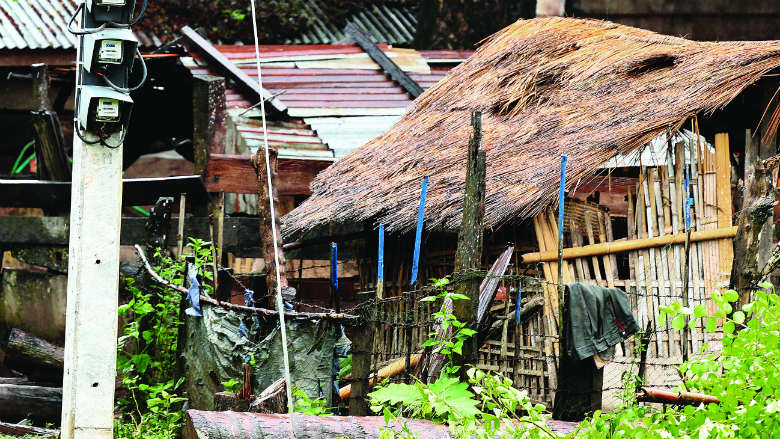 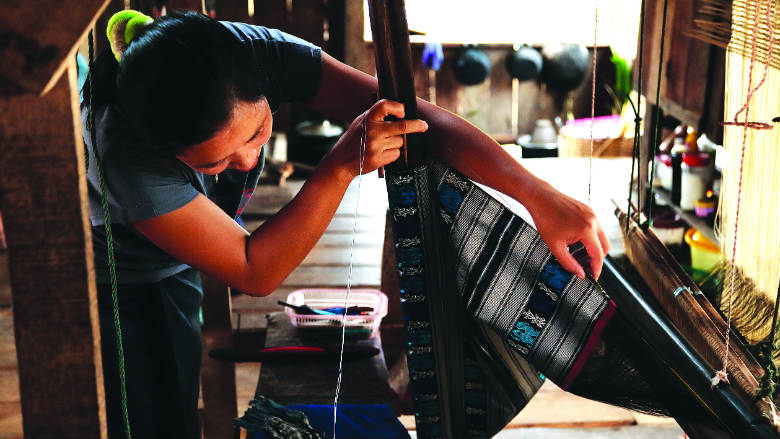 A weaving machine sat unused in 27-year-old Tum Kedleusy’s house until the village got electricity. Married with a two and a half year old son, Tum now earns money selling her weaving in the capital, Vientiane.

“I learned weaving from my mother, but I only started to weave here in my village since we got electricity, because the silk spinning machine is powered.”

“With the arrival of electricity we now have the refrigerator, fan, television and also a silk spinning machine. It has made a big difference in our lives.”

“I am weaving tinh sinh (the bottom of the Lao skirt). I can make two pieces of tinh sinh per day which I sell in Vientiane.” 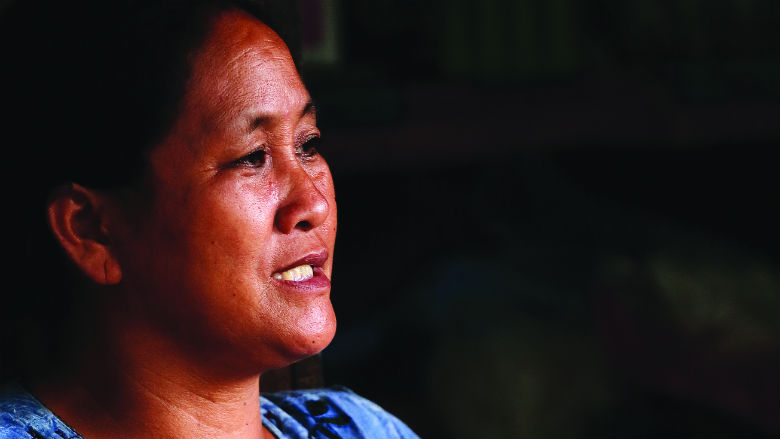 Other women in the village are also seeing the improvements that electricity can bring to their businesses. Phim Siphavong, 49, lives with her husband and two children in Hard Yeun village. For the last 20 years she has sold snacks and daily-use items from her house. But now there is a difference.

“Every day, from early morning, I cook food in the house, feed the pigs and chickens and then sell the goods at our home. Before, it was not possible to turn on and use the electrical appliances because there was no electricity.”

“Now, we have a refrigerator and lights. Now we can sell cold drinking water, soft drinks. I have even begun to sell fruit shakes to my customers. My daughter helps me make the shakes.” 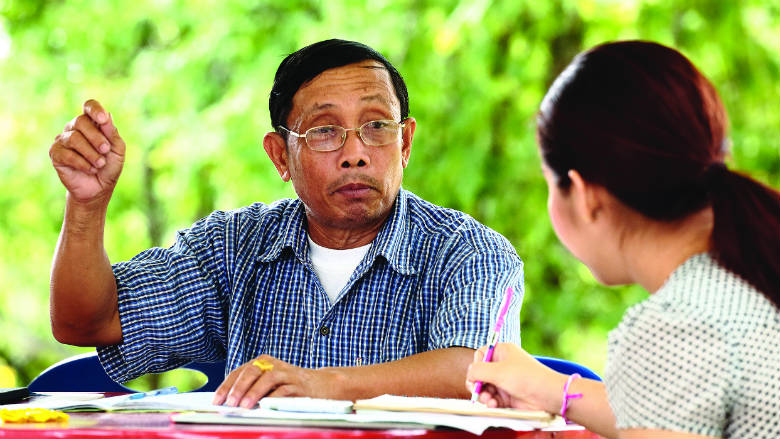 Phouvieng Phiakeo, 53, has been the village chief of Hard Yeun for more than 10 years. He lives with his wife, three sons, a daughter-in-law and two grandchildren, ages four and five. His story is the village’s story. He sees the world of the village as “before” and “after.”

“When there was no electricity, there were a lot of difficulties. When the evening came and the sun was going to set, we had to quickly take out the lamps for lighting. Looking for food was also difficult; we get food in nature; we eat what we can collect. When we got food, there was no place to keep it—some days, we caught many fishes but we could only keep them for a day or so. Travel was also difficult because there was no light. Sometimes, the husband and wife were arguing because they could not light the lamp because it had no fuel.

“Now, the living condition of the people in the village has changed significantly. Before, we used fire wood for cooking, but now we can use an electric pot to cook rice; it is more convenient and labor-saving, because there is no need to go to collect firewood.”

“With the electricity, there is no need for women to go to fetch and carry water because we have the well and can pump out water. We just turn on the switch and the water is flowing out, so it is very convenient. We even get to watch television. We even got to watch the World Cup football games!”

“Without electricity, we would not have a future. Earning a livelihood would be as difficult as it was in the past. Now, because of the electricity, just in the last several months we have all sorts of possibilities. A rice mill is being established. Some villagers have bought a milling head to combine with the dynamo for milling rice.”

“In the future, I think there will also be profit from building furniture; villagers have started a workshop because now they can use power tools to make the furniture.”

What I Dream for My Children 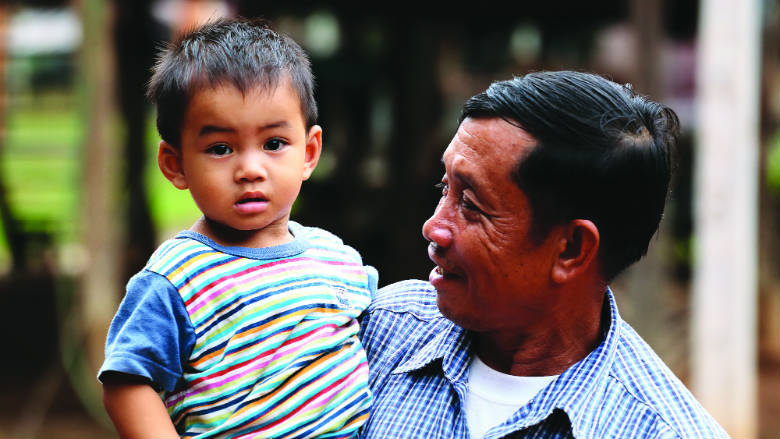 “I want a different life than I’ve had for my children and grandchildren, like my grandson. He is five years old. I want him to have a job, a future. I don’t want him to do physical labor like we have done. In the past, we worked in slash-and-burn cultivation.”

“I do not want him to have to work like that. I want him to use ideas, to pursue high study in order to use knowledge in the future, to become an official. I look at him and see another kind of future for him.”