Working amid fragility: Delivering results in essential services in Palestine 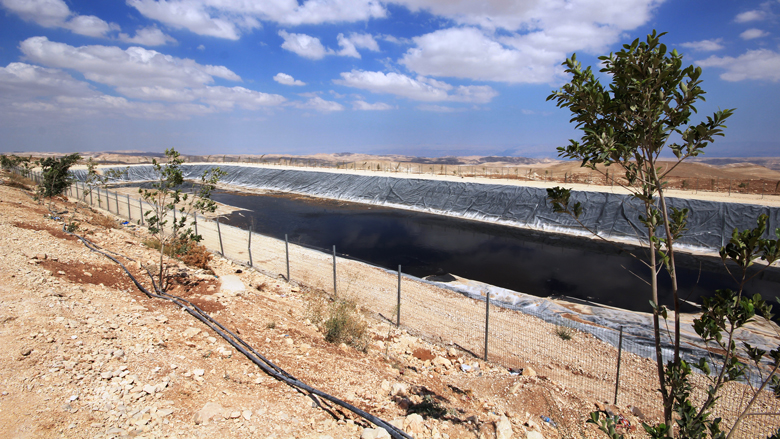 As far back as 320 BC, the Ancient Greeks made laws forbidding people to throw away their waste or leave it to accumulate in unpaved streets and roadways. They realized that dumping household garbage and the improper incineration of solid waste were making pollution worse and jeopardizing public health—just as, today in Palestine, the burning and illegal dumping of household waste are of concern to the World Bank Group.

In the year 2000, the World Bank began a program designed to protect public health and Palestine’s scarce natural resources by closing random dumpsites in a sanitary manner and developing controlled regional landfills instead, building up Palestine’s institutional capacity to manage sustainable waste programs.

Zahrat Al-Finjan is a flower commonly found around the sanitary landfill area in Jenin in the northern part of the West Bank. It is also the name of the Facebook page created by the Jenin Joint Services Council to raise awareness of its new solid waste management system—including the landfill, which has been operational since July 2007. The page became a venue for citizens’ engagement, and a tool for them to use to post their concerns, suggestions and compliments.

The Jenin Solid Waste and Environmental Management Project is now serving the entire northern West Bank, tripling its coverage of the population from 200,000 to 600,000 people, covering Jenin, Nablus, Tulkarem, and Qalqilia governorates, as well as temporarily handling waste matter from Ramallah and Al-Bireh cities in the central West Bank, whose dump sites were ordered closed.

Despite the area’s extremely fragile political and socio-economic circumstances, the sanitary landfill is the first of its kind in the Middle East, equipped, as it is, with an automated billing and weighing bridge. Its operational environment continues to be unsettled, especially with the delay of a comprehensive peace agreement between the Palestinians and Israelis. Nevertheless, in 2009 the Bank decided to extend its program to the southern West Bank. Hebron and Bethlehem are considered the West Bank’s poorest governorates but they generate 20% of the area’s total solid waste.

Another sanitary landfill, at Al-Minya south east of Bethlehem governorate, became operational in September 2014. It is now serving 33 municipalities with 840,000 residents. Since the closure of the 19 dump sites in both governorates for reasons of hygiene, the land around them has increased in value. Metal, plastic, paper, cardboard, and carton waste were recovered and sold to the private sector for recycling. Tires are also collected and solid for manufacturing tiles. Socially, the project has offered all of the 95 waste pickers, active at one of the regional dumpsites, a sustainable livelihood. Citizens provide feedback through SMS texts and the Facebook page. Such feedback gives service providers opportunities to improve the quality of services and respond to any areas or neighborhoods that are being neglected.  A state-of-the-art management and Geographical Information System (GIS) with navigation capabilities has been developed to monitor aspects of the service, including garbage collection truck fleet movement , street cleanliness, billing, and the reporting of revenue. 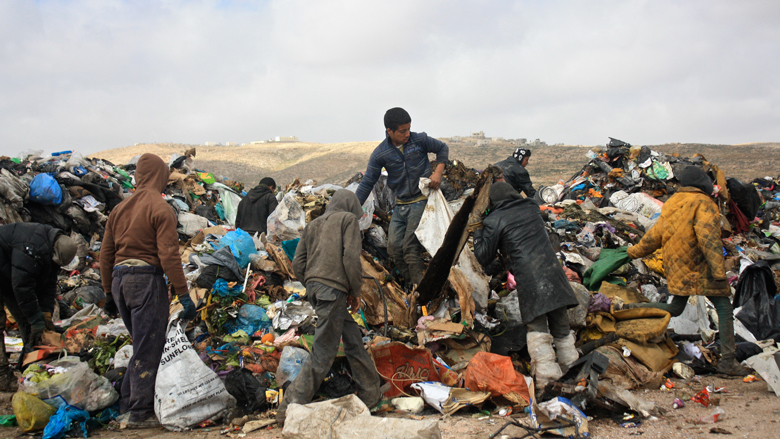 The Southern West Bank Solid Waste Management Project is one of the first World Bank Group landfill projects to pilot a results-based approach tying subsidies to the delivery of services. If municipalities measurably improve the services they provide people, they receive a subsidy for the disposal fee charged at the landfill. The approach provides incentives for improving the quality of an essential service which, in turn, affects customers’ willingness to pay for it. This is also the first solid waste facility in the West Bank to operate under a Public Private Partnership contract with a reputable international private firm.

The Gaza Strip faces severe health and environmental threats: the degree of devastation caused by a near decade-long economic blockade and the war in Gaza in the summer of 2014 have exacerbated poor living-conditions in a small and over-populated area. Both these factors make development a more urgent priority. The existing solid waste management system is saturated with overflowing, open dumpsites that present a health and environmental hazard, both to waste pickers and the surrounding communities.

In 2014, together with its financing partners, the Bank extended its solid waste management program to the Gaza Strip. The Gaza Solid Waste Management Project will set-up a new system, including a sanitary landfill designed and built in keeping with international standards, and a modern waste collection plan in the middle and southern part of the Gaza Strip. Once operational, the system will serve about 750,000 people, nearly half Gaza’s population. The project, a work in progress, aims to improve the way in which solid waste is disposed of by using more efficient, socially acceptable and environmentally friendly mechanisms. The project will also promote citizen engagement and public accountability through awareness campaigns and the use of social media, including Facebook, SMS texts, and an interactive website.

In the context of a fragile state, or place that is politically challenged, there is a great amount of will to be found in local government toward improving Palestinian living conditions. This would not happen, though, without strong partnerships with the international community. Improving that most ancient and basic services—the management of garbage or solid waste—is part of the World Bank Group’s global strategy to protect people’s lives and provide them better living conditions and better prospects for the future.