What Does It Take to Grow a Forest?

March 27, 2015
In the past, this area of agricultural land in the Molodechno District of Belarus was completely derelict. Today, thanks to the efforts of the Gorodok Forestry, the area has become a promising section of forest occupying an area equal to more than 15 football fields. Over the past 12 years, the pines have reached a height of 4 meters, and the first cones have begun to appear. 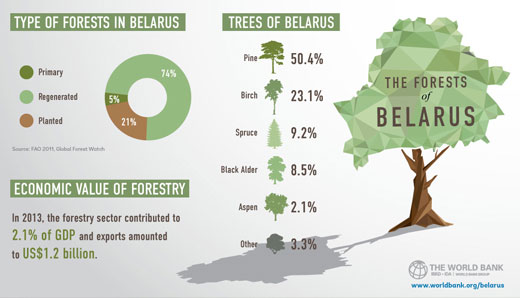 More than a third (39%) of the territory of Belarus is covered with forests, which are home to 28 tree species. The most wide-spread species are pine, birch, spruce, alder and aspen. 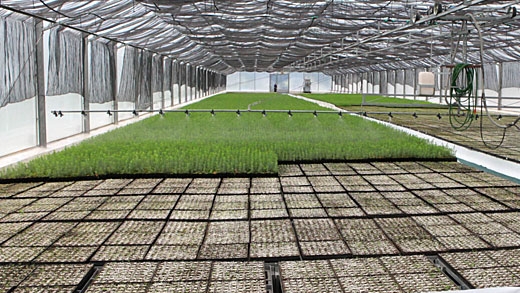 In 2003, the Gorodok Forestry of the Molodechno Forestry Enterprise became a pilot site for the planting of elite pine seedlings grown using a new technique. 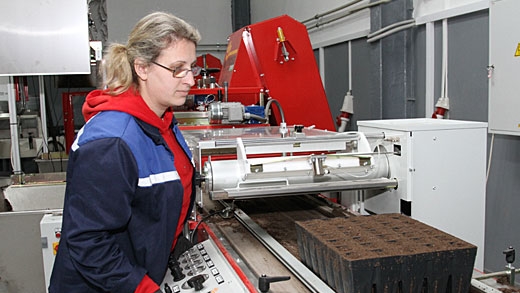 The main idea behind the new technique, which is based on best international practice, is to grow each seedling in a special cassette before transplanting it along with the soil it was grown out into the forest. During the first weeks of life at a new location, the soil that envelopes the roots of the seedlings plays a key role – it contains a sufficient reserve of nutrients and moisture that allows the little tree to survive the adaptation period. 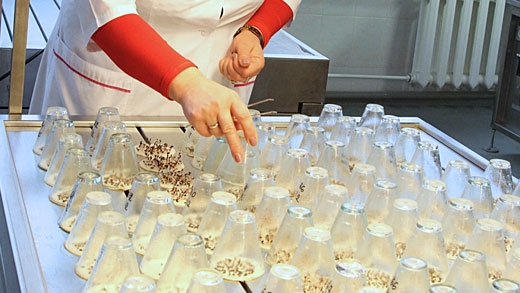 It takes a seedling several years to become a tree. For two years, it is grown in a tree nursery from seeds which were extracted from cones. 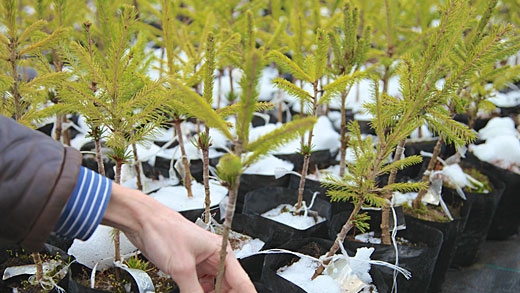 After  the time in the greenhouse, the cassettes of seedlings are transferred to outdoor beds where they are hardened off before being planted out in the new forests by the Forest Enterprises. 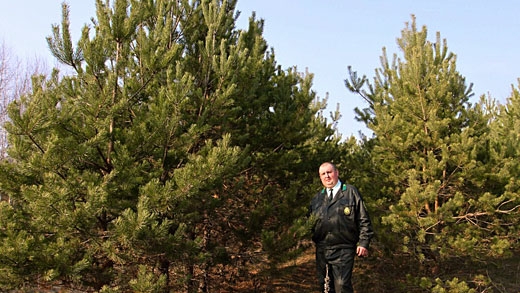 “We knew many things about the new technique of forest planting, and international experience proved its viability, but it was just a theory,” recalls ranger Vitaly Vasilenko. “Planting forest trees in a new way and observing the benefits of their rapid growth was a real delight for me as a forester.” Almost all 75,000 seedlings have survived. 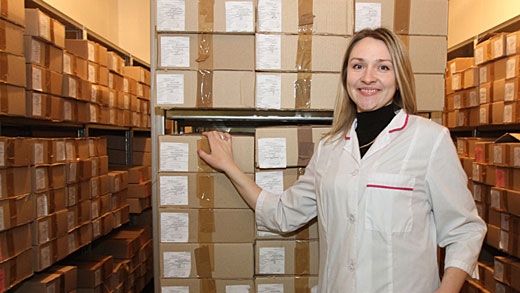 All of it would have been impossible without a strategic reserve of seeds that are stored in special-purpose chambers at the Republican Forestry Seed Selection Center that was established in 2002 within the framework of a project supported by the World Bank. 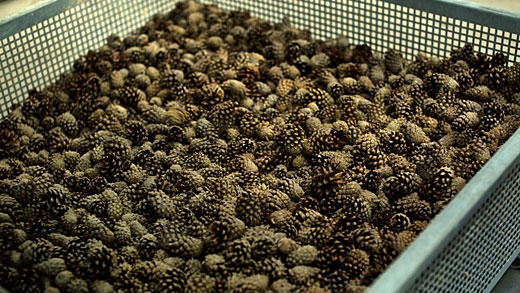 At the Center, specialists extract high-quality seeds from the cones, which currently have a record germinating ability of 96%. 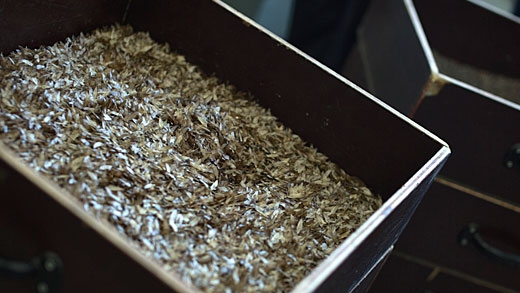 Seeds are collected and sorted carefully for further storage and production. 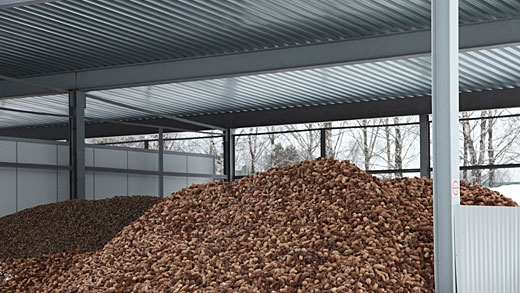 In 2015, forest enterprises in Belarus were able to gather a record crop of spruce cones – 1,160 tons, which equals almost 200 truckloads. 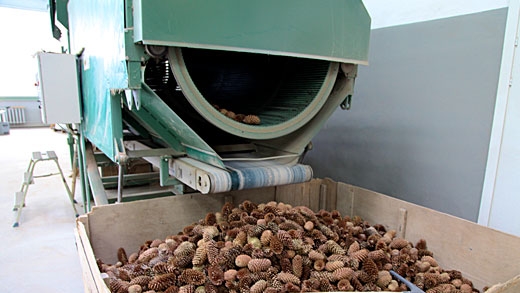 The high quality of this material means that the seeds can be exported to Sweden and Finland. 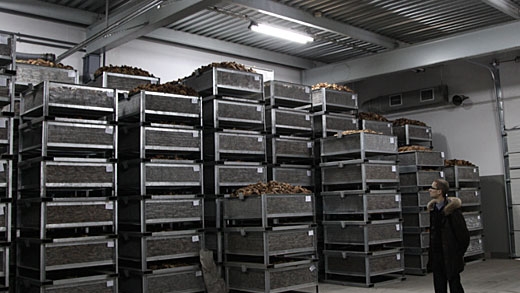 The Center houses refrigerators with a capacity for storing 15 tons of seeds, which should be sufficient for 5 years – this is the crop yielding period of the spruce. Without the strategic reserve, there would be nothing to restore forests with. 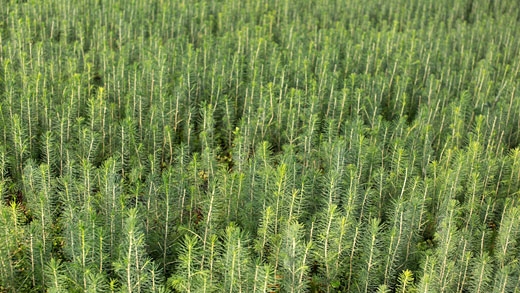 Wood-growers attempt to plant viable forests that will bring economic – and environmental – dividends. 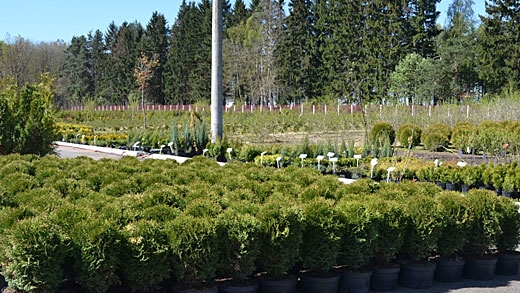 Seedlings from the Center are used by the Vetka Special Forestry Enterprise, much of which is located on soil affected by the Chernobyl Nuclear Power Plant accident. Seedling-containing cassettes require less labor to plant out and have higher survival rates than the old style seedlings, with the result that rangers spend less time in contaminated areas. 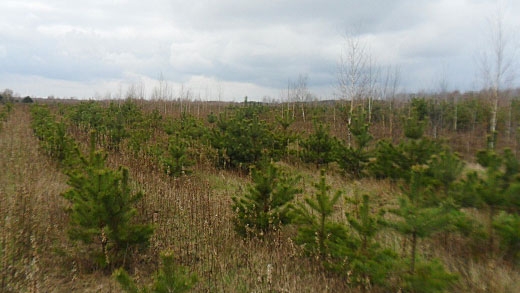 The creation of forests on contaminated soil has tangible benefits. Fallen leaves and needles create a kind of a barrier that limits the dissemination of radioactive dust. Over the past 13 years, this technique has been used in the Vetka Forestry Enterprise to create 10,800 hectares of forest, which is equivalent to a third of the area of the city of Minsk. 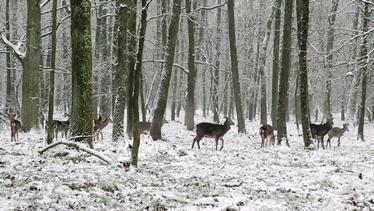