Brazil, Colombia and Peru are among the countries of the world with the most water

A girl fills a container of water in Honduras .

World Bank.
The three countries rank among the top 10 with the most water, but the region still lacks an adequate supply.

If you lived in an arid place, what do you think would be the most coveted and expensive resource?

Whether or not you live in a desert, water is one of the most valuable elements for humanity. However, the World Bank estimates that by 2050, more than 1 billion people will live in cities without enough water. As the population grows, the need for water will increase. Unfortunately, the global water supply is not increasing.

In this scenario, Latin America plays a key role because it has the world’s largest supply of freshwater. According to the Global Water Partnership (GWP), nearly a third of renewable water resources are found in South America.

Among the countries with the most water, three Latin American countries rank in the top 10: Brazil (first), Colombia (third) and Peru (eighth).

This abundant supply does not reach everyone, however. In cities such as Lima, Sao Paulo and Mexico City, where this resource is in high demand, inefficient water usage and poor installations lead to considerable waste of potable water, thus worsening future crises. The highest-income neighborhoods waste the most water. By contrast, residents of poor neighborhoods suffer water shortages daily.

The high price of water

According to the United Nations Development Program (UNDP), more than 1.1 billion people in 31 countries lack access to clean water.

In Peru, for example, where much of the land is desert, inhabitants of more remote areas obtain water from cistern trucks, small wells, rivers, water canals or springs. Frequently, this water is of poor quality and its supply is not assured. More than 90% of the population now has now water and sanitation service; however, citizens who do not have access to this service are precisely the ones who pay the most for it.

The National Sanitation Service Authority (SUNASS) reports that a cubic meter of water for a user connected to the public network costs approximately US$ 0.30 whereas purchasing water from a cistern truck can cost more than US$4 per cubic meter, in other words, 12 times more.

“Water here is expensive. For every tank, they charge us up to 10 soles (US$ 3.30). What’s more, it’s dirty and polluted” says Juan, who lives with his family in a poor neighborhood on the outskirts of Lima. The tank water purchased barely covers household needs for one day (one cubic meter).

But ensuring everyone has access to water is only part of the problem. In countries such as Uruguay, where water coverage is nearly 100%, almost half of the clean water supply is lost due to old pipes, theft or fraud. This phenomenon occurs throughout the region.

Just 2.5% of the world’s water can be used. This water is found in rivers, lakes and snow peaks, among other locations. As demand for water increases, cities are forced to depend on sources located further away. These sources are also more expensive to exploit.

Agriculture uses approximately 70% of the world’s consumable water. If the global population reaches nine billion by 2050, we will need an even larger share of the supply to meet demand for food.

Learning to reuse water, especially in the agricultural sector, is key for responding to the crisis. Unfortunately, up to 90% of untreated wastewater in developing countries flows directly into rivers, lakes and coastal waters. According to World Bank experts, in Latin America, three-fourths of fecal or wastewater returns to the rivers and other water sources, creating a serious health and environmental problem.

Water treatment plants such as the Taboada Plant in Lima have become an important part of the solution. Instead of being dumped in the ocean, solid wastes could be reused for fuel, fertilizer and construction materials.

Other alternatives demonstrate what else can be done. In Lima, Peru, the host of the 2015 World Bank Annual Meetings, a billboard produces water from the humidity in the air, which can reach 98%. Another project is focusing on improving the city’s outdated water pipes to prevent leaks.

Finally, a project in Peru is being implemented to take advantage of Andean Mountain water, which is found in some 7,240 kilometers of snow-covered peaks (the country has 71% of the world’s glaciers). These play a vital role in supplying water to the region but are threatened by melting caused by global warming. 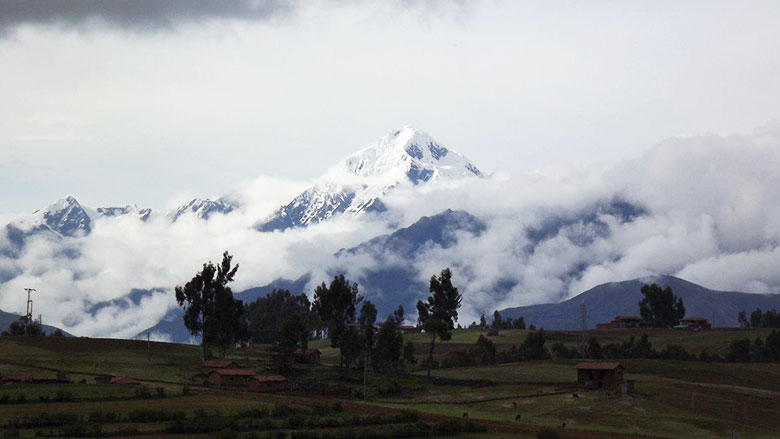 Melting glaciers: The Slow Disaster in the Andes