CAPE TOWN – “I’ve never done this in public before,” said former eThekwini Water CEO Neil Macleod, as he dialed the number of his water utility’s call center. “It might be embarrassing if they don’t pick up.” eThekwini Water and Sanitation, one of the most well-known utilities in Africa and the winner of the Stockholm Industry Water Award, is committed to answering 90% of calls within 30 seconds. After six seconds, Neil congratulated his former employee for the prompt response and took a deep breath as the room filled with applause from the water utility CEOs who had joined his training session on customer service.

This energetic knowledge exchange characterized a three-day African Water Utilities’ CEO Leadership Course organized by the World Bank Group’s Water Global Practice. The course created a space for African urban water utility CEOs to come together and exchange experiences through intensive sessions on topics ranging from infrastructure expansion and maintenance to customer service and human resources management. The discussion built on constructive insights from fellow CEOs and course presenters from successful African utilities, the private sector, and the World Bank.

“As soon as we began discussing, I realized that many of my peers’ concerns, such as balancing service expansion with asset management, or cost recovery, echoed my own,” explained Ms. Bongi Ndiweni, CEO of the Zimbabwe National Water Authority. “It was reassuring to have a platform to productively address them.”

With good reason, the sector is feeling the urgency of institutional reforms. In the next 20 years, Africa’s urban population will double, increasing the gap for water and sanitation services to approximately 400 million people. CEOs play a critical and often difficult role as mediators between local contexts and their own utilities, making them key actors in addressing this challenge. The workshop is part of increased efforts by the World Bank and its partners to foster dialogue among peers in the sector.

According to Michael Webster, a Senior Water and Sanitation Specialist, who led the organization of the course, “Investment and support to institutional reform can catalyze utilities’ response to this challenge, especially by training and inspiring the next generation of their leaders.” Sharing the experiences of utilities like eThekwini Water and Sanitation through south-south knowledge exchange motivates proactive measures towards reform.

" Urbanization is rapidly shifting Africa's development landscape. By sharing know-how and learning from peers, Africa's water CEOs are leaping ahead to meet this challenge head-on. The Water Global Practice is developing a partnership with a network of Africa's water CEOs to support African water utilities’ deliver on the promise of universal access. " 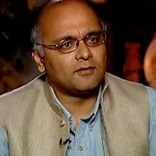 Jonathan Kamkwalala, World Bank Group Water Practice Manager for Eastern and Southern Africa, emphasized the important role of these discussions in pursuit of increasing access to basic services like water and sanitation and ultimately ending extreme poverty and boosting shared prosperity. “These conversations promote benchmarking across institutions while enabling participants to learn from other nations and regions,” Kamkwalala added.

Neil Macleod was joined by William Muhairwe (formerly of National Water and Sewerage Corporation of Uganda) as course facilitator. Both men are reputed for their success in navigating complicated political economies and helping their institutions reach financial sustainability. “It was inspiring to hear about the problems we face from someone who has overcome them,” said Kombo R. Kombo, CEO of Mombasa Water and Sewerage Company. “It shows you it can be done and gives you access to the resources to do it.” Participants were particularly impressed, for example, with the Fundo de Investimento e Patrimonio do Abastecemento de Agua’s success in creating an economy of scale to recover their costs through decentralized management and private sector participation. In the ensuing discussions, representatives from Vitens and Suez helped delineate different models for private sector involvement.

“Urbanization is rapidly shifting Africa's development landscape.  By sharing know-how and learning from peers, Africa's water CEOs are leaping ahead to meet this challenge head-on. The Water Global Practice is developing a partnership with a network of Africa's water CEOs to support African water utilities’ deliver on the promise of universal access," said Water Global Practice Senior Director Junaid Ahmad.

Moving forward, the dialogue will continue through upcoming events and potential increased involvement with West African utilities. Other regions, like Latin America, have also expressed interest in replicating the approach. Furthermore, the Science of Urban WSS Service Delivery, an ongoing initiative collating tools and knowledge to support utility reform, aims to leverage these types of forums to gather best practices and create an accessible repository for this knowledge.

However, as Glenn Pearce-Oroz, Principal Regional Team Leader for the Global Water Practice's Water and Sanitation Program (WSP) in Africa, reminds participants, “This continuity depends on a strong commitment from the CEOs themselves to implement the action plans agreed upon during the course and to monitor them closely.”

The commitment, however, is clearly there. The CEOs will maintain this engagement with various partners and one another to fuel cross-pollination and maintain accountability. The collective voice of this network, by showcasing the knowledge and experiences of this community of practice, opens a new space for agenda setting and engagement in the sector.