Since 2000, the Government of India’s Pradhan Mantri Gram Sadak Yojana (PMGSY) - the Prime Minister’s Rural Roads Program – has been linking villages with populations of 500 and above with all-weather roads.

Deep in the heart of rural Jharkhand, new roads are bringing development to remote tribal regions where the Maoists hold sway. Connecting villages to main roads in this far-flung and insecure region – one of the poorest in India - has not been easy. The extremists hide in the dense jungles, moving in and out of villages to find shelter and food, sometimes at gunpoint.  Visitors are told not to stay for more than few minutes in each hamlet, and to be well clear of the area before dark.

Many mud-brick homes sport the orange flags of the Monkey-God Hanuman, believed to infuse courage and protect the innocent from peril. And, local road-building contractors usually need to be armed to protect their crews from the Maoist threat.

Shaju John/World Bank
" Twenty five percent of India’s rural habitations are still not connected by all-weather roads. The program is progressively connecting these villages, transforming the lives of people in the region. "

A ray of hope

The tribal people have little, and sometimes no access, to basic amenities.  They drink directly from ponds and rivulets, frequently contracting water-borne diseases. With medical services being hard to reach, these infections exact a heavy toll.

The new road brings a ray of hope to this sparsely populated region. It brings tractors to irrigate impoverished fields, trucks and three-wheelers to take people and goods to market, and auto-rickshaws to take the children to school.

In one dusty hamlet, 25-year-old Phekayen Urra appreciates the changes the new road has brought.   Her husband can now cycle to the local market to sell the produce they raise on their little farm. Auto rickshaws take her children to the English-language school in town.  And yet, Urra is scared to walk along the road at night, and the family remains firmly indoors after sunset.

Although the law and order problem has seriously impacted the pace of road building, the state’s rural roads program has progressed.  The program, part of the Pradhan Mantri Gram Sadak Yojana’s (PMGSY), and supported by the World Bank, has begun by connecting the larger villages to the highway. Smaller villages too, particularly those that lie along these new roads, have begun to benefit.

In a relatively safer part of the state, 70-year-old Baijnath Pandey, a priest, now finds it easier to reach neighboring villages to conduct religious ceremonies.  Recalling the recent past, Pandey says that pregnant women and the sick had to be taken to hospital on makeshift wooden planks carried by two people.  “Some survived, and some didn’t. But, what could we do?”

85-year-old Lokni Mussamat, walking upright with her stick despite her advanced years, remembers that marriage processions used to walk through rough country paths to reach a bride’s home, spoiling their wedding finery on the way.  “Not surprisingly, people were unwilling to marry their daughters into our village,” she says.  “But, things are much easier now.”

Since 2000, the Government of India’s Pradhan Mantri Gram Sadak Yojana (PMGSY) – the Prime Minister’s Rural Roads Program – has been linking  villages with populations of 500 and above with all-weather roads.

Since late 2004, World Bank support has helped the PMGSY build and improve some 16,000 km of rural roads. Now, the World Bank’s $1.5 billion Second Rural Roads Project is ongoing in select districts of eight states: Jharkhand, Bihar, Rajasthan, Uttar Pradesh, Meghalaya, Uttarakhand, Himachal Pradesh and Punjab. These states have varying terrain, populations, and implementation capacity, making for a unique set of challenges in each.

In Jharkhand, where rural roads often support heavy vehicles carrying minerals from the mining areas, road surfaces have been converted to sturdier concrete ones that can bear the additional load.

“The PMGSY program is a game changer in reducing rural poverty,” says Arnab Bandyopadhyay, the World Bank’s team leader for the project.

“Twenty-five percent of India’s rural habitations are still not connected by all-weather roads. The program is progressively connecting these villages, transforming the lives of people in the region.” 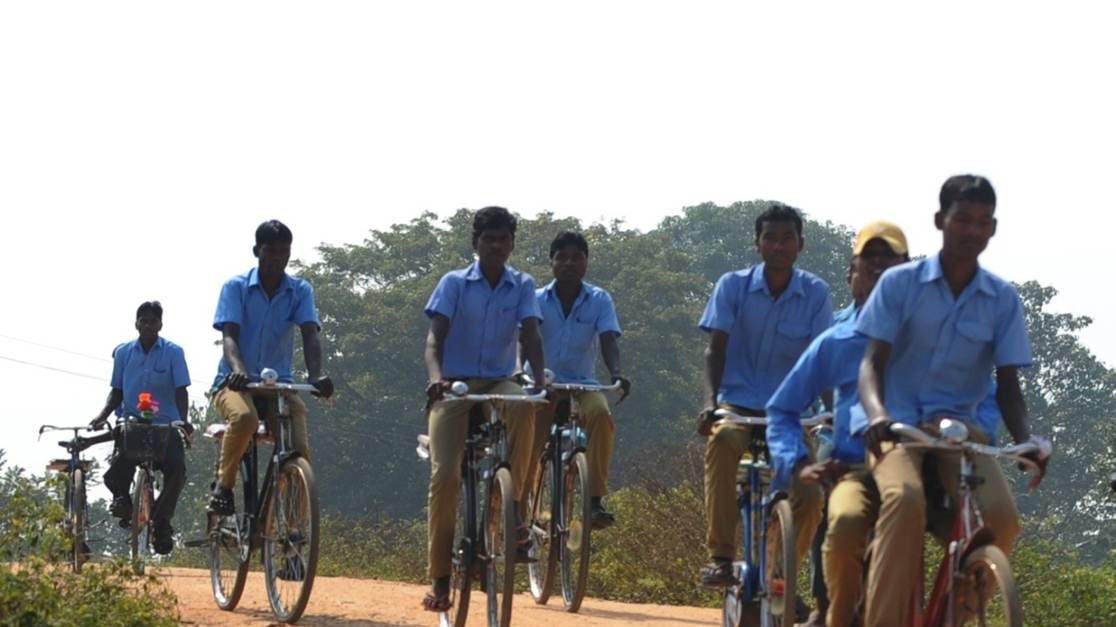