Three years ago, Ban Kue-meng was just another rural town in Thailand’s Yala province. These days, it is known as the home of some of the best bird cage makers in the country.

Bird cage making, a Malay Muslim art in Thailand’s southernmost provinces (known locally as the “Deep South”), is traditionally passed on from father to son, but young men are losing interest. Strikingly, most of the bird cage makers in Ban Kue-meng are young people.

Twenty-year-old Rusalan Meereh, who works in a rubber plantation, is one of them. Rubber tapping can only take place in the early morning, from 3 a.m. to 5 a.m., so he used to have nothing to do for the rest of the day. Some young people in similar situations have fallen prey to drug addiction, been involved in petty crimes, or have taken part in the violent conflict in the Deep South that has claimed more than 5,000 lives since 2004.

“I got interested in birdcage-making because my friends were learning how,” Rusalan said, “It’s very satisfying to work on something together as a team and then see your bird cage, something we worked on for a month, admired and bought.”

Members of the group, largely composed of disadvantaged young men, are able to earn additional income. Their made-to-order cages sell for Baht 2,000-3000 (about $60 to $130) each.

Bird cage making is just one of the activities supported by the World Bank’s Piloting Community Approaches in Conflict Situation in Three Southernmost Provinces in Thailand project. With project support, the workshop was expanded and more equipment was added. Bird cage makers were sent around the Deep South to train other young people in the trade.

“Bird cage-making brought members of the community together. The boys are encouraged by their parents to learn. Now, they are able to share their skills with others and participate in trainings at the district level. It’s really established trust in the community,” said Ruhana Sudaning, a Local Development Institute (LDI) facilitator. LDI, a civil society organization, implements the project.

The project has helped strengthen social ties, which is particularly important in conflict-affected areas. The bird cage workshop has also become a safe haven for the young men. In previous instances of unrest, parents looked for their children and found them in the workshop.

“I want to thank LDI and the World Bank for implementing these livelihood projects that are giving people jobs. I’m from this place and want our communities to succeed,” said Jirasak Lengha, Koh Sathon Sub-district chief.

" Bird cage-making brought members of the community together. The boys are encouraged by their parents to learn. Now, they are able to share their skills with others and participate in trainings at the district level. It’s really established trust in the community. "

The conflict in the Deep South is one of the oldest and deadliest at a sub-national level in Southeast Asia. After years of dormancy, it re-emerged in 2004. In recent months, the government sought to initiate peace talks with insurgent leaders. While these moves are encouraging, the conflict remains active and levels of violence are significant.

The project is covered by the World Bank’s global State and Peace-building Fund (SPF). The SPF committee approved a further $4.2 million in July 2013, along with $490,000 from the Korea Trust Fund for Economic and Peacebuilding Transitions, for LDI to expand activities in the Deep South. 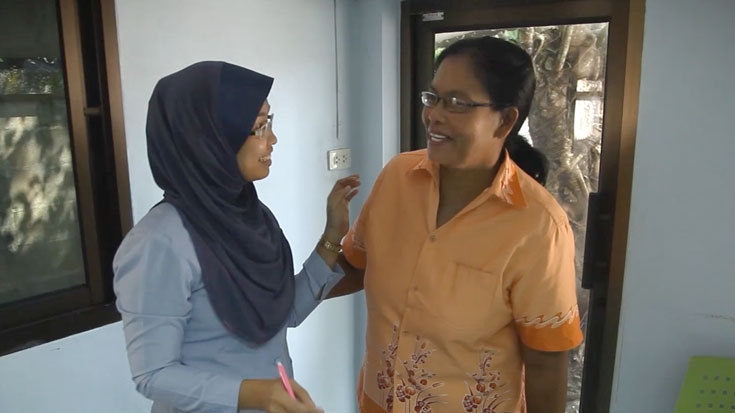